Three Things You May Not Know About God

THREE THINGS YOU MAY NOT KNOW ABOUT GOD

(AND YOU NEED TO)

One day I’m going to publish a book called “5 Proofs For The Existence Of God“. As with each of my other books, I generally publish them online first as a webpage, and get readers’ feedback before publishing. My article, which bears the name of my proposed book title, has recently had a flurry of comments from some who object to someone like me claiming that God’s existence can be ‘proved’. One of the frustrating things about some of these commentators is that they are denying the existence of a god that I too would deny! But because they do not know God, they imagine Him to be something other – an ugly, horrible, mean, other. There’s three simple things I wish these people would know about God.

CAN GOD REALLY BE KNOWN?

How do we know anything? You might say that we know things by observation. While this can be true, two things are worth noting about observation. I can illustrate the first one by confessing my fascination with good magicians. Ruby and I will regularly watch YouTube clips of very talented magicians. Ruby’s constant question to me is, “How did they do that?” (I won’t admit my usual answer – but you can probably guess it). The reason she asks this question is because what she just observed doesn’t make sense. (Like what Steven Brundage can do with a Rubiks Cube!) That is, what Ruby and I thought we observed was not what actually happened. Observation can be a reliable source of knowledge – but not always!

Thus, observation is generally reliable, but not always. Even when Jesus of Nazareth performed some of the most outstanding miracles – which was directly observed by His opponents – such as when He raised back to life a man who had been dead and entombed for 4 days, they still denied the reality of what they had observed.

So they took away the stone. And Jesus lifted up his eyes and said, “Father, I thank you that you have heard me. I knew that you always hear me, but I said this on account of the people standing around, that they may believe that you sent me.” When he had said these things, he cried out with a loud voice, “Lazarus, come out.” The man who had died came out, his hands and feet bound with linen strips, and his face wrapped with a cloth. Jesus said to them, “Unbind him, and let him go.”
John 11:41-44

The other drawback with relying only on observation to gain knowledge or certainty is that there are many things which observation alone cannot tell us. We can not observe events in the ancient past for example, yet we can be certain of historical events for different reasons such as reliable witness accounts.

HOW GOD BE KNOWN

There are other ways of knowing things. Humans have the capacity for knowing through- 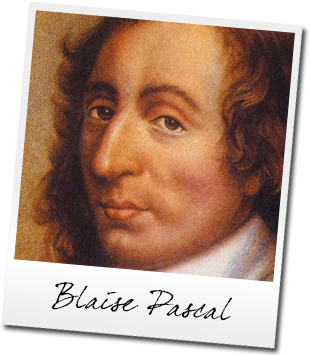 By these, thinkers such as Socrates concluded that the ancient Greek concept of gods was false and that logic demanded that there was only One God. (Socrates was then found guilty of ‘heresy’ and ordered to be put to death by poisoning for displeasing the ‘gods’.)

It is, then, true that everything teaches man his condition, but he must understand this well. For it is not true that all reveals God, and it is not true that all conceals God. But it is at the same time true that He hides Himself from those who tempt Him, and that He reveals Himself to those who seek Him, because men are both unworthy and capable of God; unworthy by their corruption, capable by their original nature.
Blaise Pascal, Pensees, 557

THREE THINGS TO KNOW ABOUT GOD

One of the most common objections to thee being a God is referred to as the problem of evil. If God is all-loving and all-powerful, then why is there evil in the world? Surely if He was all-loving He would not want people to experience evil – but maybe He can’t prevent it after all because He is not actually all-powerful? Therefore, because there is evil in this world, God does not exist, it is claimed.

I wish more people knew that God is beneficent. If they did, they would not see evil as an argument against the existence of God. This problem of evil can only be a problem for the existence of God because we intuitively know that God is beneficent – “very good” – yet there is evil. But, we can only consider something to be ‘evil’ because we have an absolute standard of good. God is the only One qualified to meet this standard of absolute goodness.

In this instance, our intuitions are right. God is not only good, He’s very good. Could it be that since we intuitively know that God is good, He always has good reasons for allowing what we perceive to be evil? I have experienced pain, loss, and disappointment. Rather than becoming disillusioned with God in these times, I have found Him to be my source of comfort and strength. In fact, in some of my most painful experiences, I have received my greatest blessings. I have come to know that God is not ‘good’ like Santa Claus, but is pure goodness.

I wish people knew how good God was.

I wish more people knew how big God is. I think some people think that God is just a bit bigger than them. Let’s think for a moment about how big God must be.

Firstly, God must be the ‘Uncaused First-Cause’.

The Universe consisting of space, time, energy, and matter, could not have caused itself. It must have been caused by an uncaused first-cause. To begin to appreciate just how big/powerful/intelligent this this uncaused first-cause must be, we need to consider its effect. We know that no effect can be greater than its cause. Now consider how phenomenally big the universe is. Our earth appears as a “pale blue dot” from outer space. It is part of a seemingly insignificant solar system, which is part of a modest sized galaxy known as the Milky Way, which is part of a cluster of smaller galaxies known as The Local Group, which belongs to a super-cluster of other galaxy clusters known as The Local Supercluster. Our Universe is at least 13.7 billion light years in width. Now consider how big God must be!

¶ The heavens declare the glory of God,
and the sky above proclaims his handiwork.
Psalm 19:1 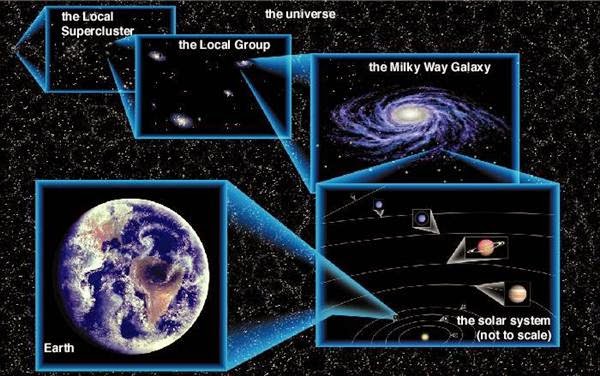 The word ‘big’ seems so inadequate to describe God. The ancients who realised just how big God must be in power, intelligence, wisdom, knowledge, kindness, grace, compassion, chose to use a word to capture the bigness of God which in English is: majestic.

Your righteousness, O God,
reaches the high heavens.
You who have done great things,
O God, who is like you?
Psalm 71:19

¶ There is none like you, O LORD;
You are great, and Your name is great in might.
Jeremiah 10:6

We all crave beauty because we were made by a beautiful God to appreciate beauty.

¶ One thing have I asked of the LORD,
that will I seek after:
that I may dwell in the house of the LORD
all the days of my life,
to gaze upon the beauty of the LORD
and to inquire in his temple.
Psalm 27:4

I wish more people realised that God is beautiful.

One of the things that makes human beings unique is our need to worship. We long for a connection with our Maker which drives us to worship. We are created to worship God, the Uncaused First-Cause, the Supremely Beneficent, Majestic, Glorious One. Little wonder then that when people have encountered this God they have been overwhelmed with their own inadequacy to be in His presence. Their only option is to surrender. This is why people lift their hands up in worship of God as a display of heart-felt surrender. To know God more intimately involves-

remembering you in my prayers, that the God of our Lord Jesus Christ, the Father of glory, may give you the Spirit of wisdom and of revelation in the knowledge of him, having the eyes of your hearts enlightened, that you may know what is the hope to which he has called you, what are the riches of his glorious inheritance in the saints, and what is the immeasurable greatness of his power toward us who believe, according to the working of his great might
Ephesians 1:16-19