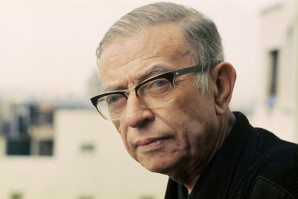 Why do we believe what we believe? Richard Dawkins has stated that belief in God is due entirely to having been raised by religious parents. Of course, this may be true for some or even for most, but it is a far too sweeping over-generalisation to be true for everybody. One wonders of course whether atheists such as Dawkins recognise that their own upbringing may have led them to believe atheism is true? After all, atheism is not the lack of belief in something, but is rather a belief system itself. For example, Jean-Paul Sartre was a French Philosopher who fought with the French Resistance during World War 2 and ended up becoming a prisoner of war. After the War he became an outspoken atheist. One wonders how much influence on his belief in atheism the horrors of war which he witnessed (and experienced) played in shaping his atheism? It seems we may all be biased in one way or another about what we will be more inclined to believe. 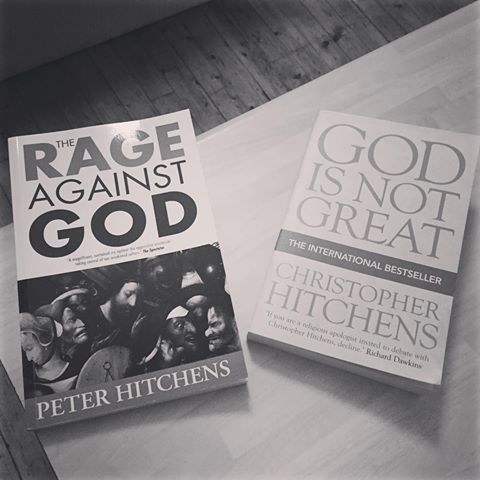 Christopher and Peter Hitchens both grew up in a church-going home. But then something happened in their childhoods which deeply affected them both in different ways. The tragedy is that it involved a moral failure by a Christian which resulted in the disruption of their home-life. Older brother Christopher ended up despising God and went on to become a celebrated journalist and writer. He used his popularity and platform to espouse atheism. His resultant book, GOD IS NOT GREAT (How Religion Poisons Everything) became a best-seller. He was famously noted for saying at his debates and public talks, “There is no God and I hate Him!” Miraculously though, his brother Peter became an ardent apologist for Christianity and wrote a contrary book to his brother’s, THE RAGE AGAINST GOD (How Atheism Led Me To Faith). Both brothers had the same upbringing yet eventually viewed God and religion quite differently. Upbringing and circumstances therefore do not always correspond to someone becoming, or not becoming, a Christian.

If Christopher was louche, hedonistic and iconoclastic, Hitchens would be fastidious, puritanical and Christian.
The Guardian, October 22nd, 2012 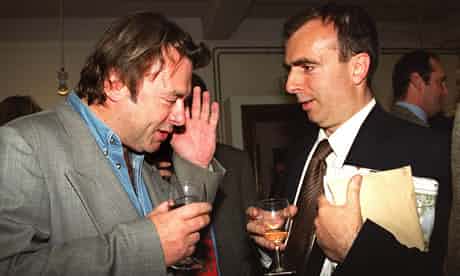 Yet there is little doubt that our circumstances do play a role shaping how we believe. I have mentioned Jean-Paul Sartre’s outlook of despair and eventual atheism being shaped by the trauma he endured as a World War Two prisoner of war.

“For Sartre, the individual stands as a tragic and lonely specimen of humanity. We must look to ourselves, because there is no God and no purpose or meaning in the universe”
Living Issues In Philosophy, 1995, p. 338

Christopher Hitchens was clearly shaped the moral failure of a Christian leader who should have been a model of godliness and character. In the nineteenth century, German philosopher, Friedrich Nietzsche, was turned off God by the cold harshness of his Christian father and grandfathers who all Lutheran ministers. His father died when he was quite young and he was raised by his mother, sister, grandmother, and two maiden aunts (“Living Issues In Philosophy”, Titus, page 332). He attacked Christianity and coined the phrase, “God is dead”. He taught that humanity must be unshackled from the restrictions of Christian morality and eliminate the weak from society to produce a society of “übermensch” (‘supermen’). At the age of 45 he had a complete mental breakdown and died in a mental asylum 11 years later. Nietzsche was sadly shaped in a very negative way by his circumstances.

Even Christians are subject to our theological beliefs about God and the Bible being shaped by our circumstances as well. During the 1500s, and on, the Reformers (Luther, Calvin, Knox, Zwingli, etc.) were revolted by the spiritual and moral degradation of the Pope and the Roman Catholic Church. They wrote pamphlets and published books decrying the Pope and the Roman Church as the fulfilment of what the Book of Revelation forecast as ‘the Harlot of Babylon’ (Revelation 18). The authors of the Westminster Confession even declared the Pope to be the ‘Antichrist’. Despite this being exegetically impossible, their circumstances had shaped how they had interpretted the Scriptures.

ARTICLE 25:VI. There is no other head of the Church but the Lord Jesus Christ.[13] Nor can the Pope of Rome, in any sense, be head thereof; but is that Antichrist, that man of sin, and son of perdition, that exalts himself, in the Church, against Christ and all that is called God.[14]
The Westminster Confession of Faith

As recently as the 1960s and 70s many mainline denominational church leaders were critical of Pentecostalism and what was being called the Charismatic Renewal where many Christians were claiming that they had received an experience with the Holy Spirit whereby they were able to pray in tongues and exercise certain spiritual gifts such as speaking in tongues, interpreting tongues, prophesying, exercising words of knowledge and wisdom, healing the sick and casting out demons. Conservative mainline denominational church leaders had been erroneously led to believe that such gifts of the Holy Spirit ceased when the New Testament Canon was completed. (This was based on an exegetically impossible understanding of “when that which is perfect has come, these things will be done away with” [1Cor. 13:8-10].) But then a funny thing happened to many of these mainline denominational church leaders – they themselves were baptised with the Holy Spirit and began to pray in tongues and exercise the very gifts of the Holy Spirit they had just been protesting were done away with! It is estimated now that there are millions upon millions of Pentecostal Christians around the world who all testify to having been baptised with the Holy Spirit subsequent to having been born-again by the Holy Spirit – and I am one of them.

Our circumstances change, but truth never does. God’s Word is true, but our interpretations of it are sometimes more circumstantial than true.