An ounce of experience outweighs a ton of argument! As much as I think that the claims of Christianity are reasonable, logical, factual, and true, there are some people who will never be persuaded to accept this. They have been hurt in the name of God. One of the trickiest aspects to reaching such people is that they often hide behind a façade of what they assert are logical and reasonable objections to God. If we are not careful, we might be tricked into thinking that their objections to the existence of God were actually intellectual. If you care, and want to help such ones, here’s some suggestions. 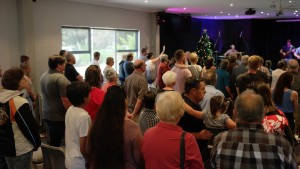 “They’re all hypocrites! All they want is your money!” someone said recently to one of our new converts in our church. “Besides, look at how many children they’ve sexually abused!” they followed up with. This rocked our church member and sowed some seeds of doubt into them. However, it didn’t take long for them to realise that these allegations were weak in the light of their experience. They recalled how people from our church had sat with them in their darkest hours and shown patient support. They remembered that church leaders and other members had taken them into their homes and shared meals and time with them, and offered a caring, supportive, listening ear to them without any sense that they were trying to get something from them. They considered that the church presented its financial accounts to everyone in and outside of the church in a very public fashion for all to see, query, and scrutinise. In those financial accounts were the records of hundreds of people who had been assisted in some way over the past year. And the allegations of sexual abuse of children had nothing to do with this church – and in fact, there were some very accountable guidelines in place for preventing even a hint of this. 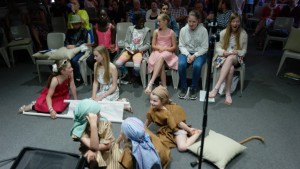 In one sense, such allegations could be seen as an attack against our church. (As it turns out, this person had never been to our church or knew anything about us.) Rather than seeing this as an attack against us, I feel we should see this as an uncurtained window into someone’s heart. It lets us see that they feel hurt by someone who was supposed to be representing God. Their objections to God are grounded in their emotional experiences where they were subject directly or indirectly to someone’s hypocrisy.

After one of our church TV ad campaigns (which we run every Summer on commercial television stations), a lady phoned our church to attack us. As she shared her anger at our audacity to publicly invite people to church and declare that God loved them, I gently said to her,

“I do!” she replied. “And maybe one day when you’ve got the time, I could tell it to you.”

For the next two hours she shared how she had attended church with her family as a little girl and was all the while being secretly molested by the priest. This took place from the age of 6 up until the age of 17! She was now in her late 50s. She had tried to bury all this pain in her past and forget it, but the recent Royal Commission Into The Sexual Abuse of Children had brought it all back up for her. She told me how she actually longed for a spiritual connection with God, and knew that this necessarily involved being in a community of sincere believers. But her trust had been so egregiously violated that she suffered from involuntary physical reactions even setting foot outside of any church building. This had prevented her from attending family weddings and even funerals. I felt her pain. It was deep and almost incurable. This is not the kind of story that invited a reasoned argument as a response. It required a sincere pastoral response.

¶ “Whoever causes one of these little ones who believe in me to sin, it would be better for him if a great millstone were hung around his neck and he were thrown into the sea.
Mark 9:42 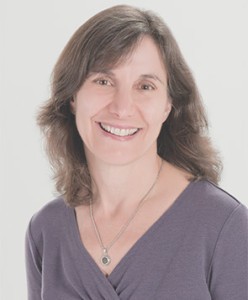 I recently heard the story Prof. Rosaria Butterfield. She was the Professor of English & Women’s Studies at Syracuse University, in the USA. And, by her own admission, she was also a strident atheist, feminist, and practicing lesbian. She wrote a piece for the New York Times titled, “Why Promise Keepers Is A Threat To American Democracy” (Promise Keepers was a Christian Men’s Movement striving to encourage men to be more godly) in which she attacked “right-wing Fundamentalist Christians”. Her article drew quite a reaction. But one response caught her by surprise. It was from an elderly Presbyterian minister. She later described it as, “The kindest opposition I had ever received.” She found Pastor Smith’s manner very appealing. They began to dialogue. The pastor invited Rosaria over for a meal with him and his wife. Rosaria was keen to publicly dismantle Christianity and was pleased to have this contact with Pastor Smith whom she regarded as “a research assistant”. These dinners became a weekly event, sometimes at Pastor Smith’s home, sometimes at Rosaria’s home. This went on week by week for the next two years. Professor Butterfield fired her objections to the Bible at these dinners and Rev. Smith patiently and reasonably answered each of them. In this time, the Professor read the Bible through from cover to cover seven times – looking for its glaring inaccuracies and fallacies. She couldn’t find any. But this wasn’t the tipping point for her being converted to Christ. It was kindness she received from Rev. Smith and his wife. Several times over those two years one of them would call her after a snow blizzard and ask how she was and whether they could help her in anyway.

She observed that during their meals together, people would just drop by. Often they would make their way into the Smith’s kitchen and fix themselves a cup of coffee and make themselves at home. This sense of community was something she had come to value among her LGBT friends. Now she was experiencing it firsthand among Christians! She said, “Around this time the Word of God got into me. It was no longer an outside book – it was now inside me!” She was converted to Christ. She came to realise that her “attractions were not her identity”, yet her feelings of same-sex attraction did not disappear with her conversion to Christianity. She became more involved in her new community of fellow believers and the kindness, acceptance, and grace she received from them was transformational over the coming years. Today, she is married to Rev. Ken Butterfield, is a mother, and a home-schooler, who lives with her family in North Carolina.

but let your adorning be the hidden person of the heart with the imperishable beauty of a gentle and quiet spirit, which in God’s sight is very precious…¶ Finally, all of you, have unity of mind, sympathy, brotherly love, a tender heart, and a humble mind.
First Peter 3:4, 8

The Gospels repeated describe Christ as “having compassion” for the people He was with. I suspect that if we could do the same, some of the people who feel hurt by those they expected to more accurately honour God, would eventually come to see that God is real because they can see Him in us as we care for each other and for them. It might take two years of dining each week with them in our homes or theirs, but then again, when the hurt is deep, it might take even longer.