In the story of Ben Hur, Judah Ben Hur, a first century Jew living under the Roman occupation of Israel, has a chance meeting with the One they all call The Christ. The kindness and grace with which Jesus of Nazareth showed Judah Ben Hur in that brief moment and the courage it took to do so under the tip of a Roman spear, left an indelible mark upon Ben Hur. As all who meet with Christ experience, Judah Ben Hur became a changed man as a result of this meeting. Once he was filled with hatred, bitterness, and rage but after meeting The Christ he began to become a man of peace, love and forgiveness. The author of Ben Hur was Lew Wallace. His life was also changed by meeting Jesus Christ.

Lew Wallace was a Union General during the American Civil War. He would go on to become the Governor of New Mexico. In 1880 he published Ben Hur – A Tale Of The Christ. He wanted to tell people about how a meeting with Jesus Christ could dramatically change their lives – as it had his. 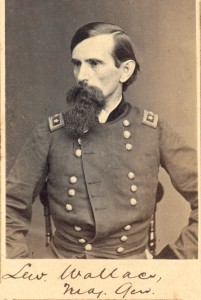 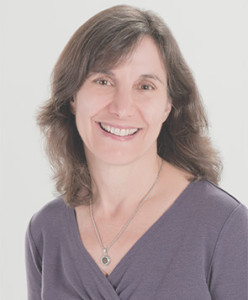 In my last Pastoral Desk post, I mentioned the story of Professor Rosaria Butterfield. She was a lesbian feminist academic who despised Christians. She was on a mission to dismantle Christianity’s place in the public square and expose it as a flawed world of fantasy. But then she met Jesus. From that moment, her life was forever changed. Today, she is the wife of a Pastor and a home-schooling mother. Her life is now dedicated to telling others what Christ can do for them.

All of us! Nothing between us and God, our faces shining with the brightness of his face. And so we are transfigured much like the Messiah, our lives gradually becoming brighter and more beautiful as God enters our lives and we become like him.
Second Corinthians 3:18 THE MESSAGE

I have witnessed Jesus transforming many people. Some of these people have had their lives so dramatically transformed that they are barely recognisable from who they used to. These people have been changed into calm, considerate, kind, caring Christians by beholding Christ. Sometimes their former lives are characterised by averice, indebtedness, alcohol, anger, adultery, or abuse. Yet they met Christ, and their lives are now forever changed.

And we all, with unveiled face, continually seeing as in a mirror the glory of the Lord, are progressively being transformed into His image from [one degree of] glory to [even more] glory, which comes from the Lord, [who is] the Spirit.
Second Corinthians 3:18 THE MESSAGE

WITH TEARS I WRITE

But what happens to a believer when they cease to continually behold Jesus through these graces? Paul wrote to the Philippians with tears dripping onto the vellum over those believers who had ceased to behold Christ as he said-

For many, of whom I have often told you and now tell you even with tears, walk as enemies of the cross of Christ.
Philippians 3:18

It seems that the one of the hallmarks of a true believer is their resolve to continually behold Christ through these graces of Bible reading, prayer, congregational worship, and receiving the teaching of God’s Word. But when compromise gets its toe in the door of a believer’s heart, the drift away from the strength to change derived from these graces is almost undetectable. This is because this compromise begins in the heart, not initially in the outward behaviour. A believer who has ceased to do their spiritual warfare of resisting the devil’s distractions away from scripture, prayer, church, preaching, will still appear to others (for quite some time) to still be beholding Christ. Walking with Christ changes a soul. Walking away from Christ changes a soul. Walking with Christ beautifully graces a wretched soul to be transformed into the image, character, and likeness of Christ. Walking away from Christ disgraces a soul and makes them more wretched than they once were.

holding faith and a good conscience. By rejecting this, some have made shipwreck of their faith, among whom are Hymenaeus and Alexander, whom I have handed over to Satan that they may learn not to blaspheme.
First Timothy 1:19-20

The Apostle Paul’s tears still stain the passages of our New Testament. When a believer continually beholds Christ they are being transformed from one degree of glory to the next. People who once took their comfort from alcohol have met Christ and are now being delivered from those things which had them bound. People who were once addicted to internet porn, which is an insidious form of modern-day slavery and reduces women to a piece of meat, have met Christ and are now being renewed into seeing girls as sisters worthy of respect and protection. People who once stole from their employers have met Christ and have been converted into diligent, cooperative, productive, teachable, team-members. The Gospel, the Good News, is about changing – not merely having been changed. As we each behold Christ in the graces God has mercifully provided us with, we too will be continually undergoing changing. The next time you encounter someone who seems to be too much of a wretch, remember, the Good News is changing people, and one of the graces which our Father offers these dear wretches is the opportunity to behold the growing image of Christ in us.