THE MOST CONVINCING EVIDENCE WE CAN OFFER THE WORLD 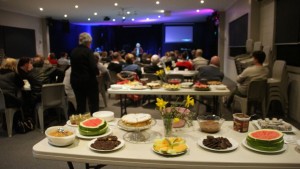 One of the things which gripped me as a new Christian was just how short life on earth was compared with eternity. As I read through the Gospels I was struck by how often Christ made this contrast to put this life into its proper perspective. Even if, as the Psalmist declared, man lives to a ripe old age, his life is but “a breath” –  a mere “blade of grass” which sprouts in the morning and withers by the end of the day. This life is no mere dress rehearsal for next. It is of infinite and eternal consequences. The apostle told the Colossians that not a minute of it should be wasted. When it comes to the after-life, despite the teaching of those who identify as liberal Christians, the eternal Gate of Heaven into Paradise is not merely opened for the “religious”, but for the redeemed in Christ. And if we have any compassion for our fellow man we will do all we can to persuade them to repent from their rebellion and to humbly turn to the Saviour to accept His offer of salvation. Yet many will not do this because they are yet to see what Jesus described as the most convincing proof of all.

WHY MANY WILL NOT BELIEVE 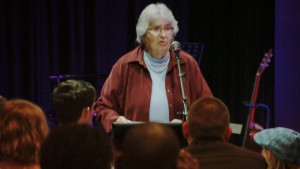 Even though I hold to Reformed Theology (“Sovereign Grace”), I have good reasons to passionately believe that the Sovereign God who elects and foreordains also has elected the means by which unbelievers will open their hearts to receive the truth about Christ. This means is quite simple: Gospel proclamation. But Jesus reveals something both powerful and profound in His last prayer before He was executed.

¶ “I do not ask for these only, but also for those who will believe in me through their word, that they may all be one, just as You, Father, are in Me, and I in You, that they also may be in Us, so that the world may believe that You have sent Me.
John 17:20-21 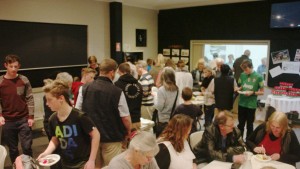 As much as I believe in Apologetics – the giving of good reasons to believe in the God of the Bible, without an application of what Christ described in John 17:21, every apologetic argument is basically rendered useless! This is why the local church is so incredibly important to the salvation of individuals within a community. When a local church is led by humble, God-honouring, called, competent, gifted leaders, who courageously work to maintain the unity of the Spirit (Ephesians 4:2) the result is a caring, compassionate, servant-hearted, spiritual community which balances beautifully the two aspects of Christ’s identity: Truth and Grace.

¶ And the Word became flesh and dwelt among us, and we have seen his glory, glory as of the only Son from the Father, full of grace and truth . . . For the law was given through Moses; grace and truth came through Jesus Christ.
John 1:14, 17 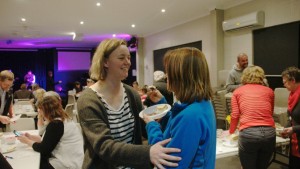 It’s one thing to enter a Christian church and take a look. It’s another all together to enter into a Christian’s life and take a look! And based on what Christ prayed in John 17:21, it is another thing completely to enter into a Christian community and observe/experience authentic unity where there is forgiveness, tolerance, compassion, practical care, a willingness to listen to one another, and respect for leaders. Jesus said this kind of devotion to Him and the resultant unity would be a cause whereby the world may believe You have sent Me. I wonder how many members of the world enter our church on a Sunday and are initially shocked by and strangely moved by this unity of the Spirit? Without it, even the best apologetics by all the best apologists is of little to no value!

IF ONLY WE KNEW 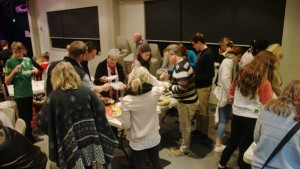 I wonder how many Christian parents with young children realise the tremendous power in what Jesus prayed in John 17:21? I wonder if they realise what the spiritual consequences are for their young children when they choose to be somewhere else other than in the gathering of their assembling church family? I wonder how many young parents appreciate that when Christ spoke about His Church being “one” as He and the Father are one, He was recasting the community of His followers in the language of family. Time with your church community in worship is not time away from your family – it is time which Christ says that your family needs with your spiritual family. Parents help their children to gain a much broader, richer, deeper, understanding of ‘family’ when they demonstrate to their children that attending church is family-time.

¶ So now you Gentiles are no longer strangers and foreigners. You are citizens along with all of God’s holy people. You are members of God’s family.
Ephesians 2:19 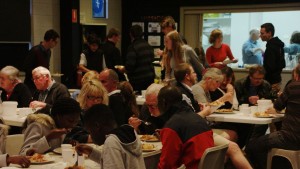 Christ seeks to gather, to unite, to knit people together (John 17:21). His plan for the world is to build His Church (Matt. 16:18). Thus, the Apostle Paul wrote to the Corinthians at a time when there was bickering and bitterness toward each other with a pastoral rebuke. When believers divide and isolate themselves they render the witness of Christ in the world as impotent. This, the Apostle says, was a devilish tactic. Believers were not ignorant of these devilish schemes (“Anyone whom you forgive, I also forgive. Indeed, what I have forgiven, if I have forgiven anything, has been for your sake in the presence of Christ, so that we may not be exploited by Satan (for we are not ignorant of his schemes)” – 2Cor. 2:10-11). But little wonder then that the devil’s primary scheme to undermine God’s plan of redeeming the world is to isolate, to divide, to individualise believers – because he knows that if the world actually sees a united, devoted, forgiving, self-sacrificing community of Christ-followers, they stand the best chance of becoming believers in the Christ. And the devil does all he can to prevent people coming to believe in Christ.

THE MEANS OF FULFILLING JESUS’ PRAYER 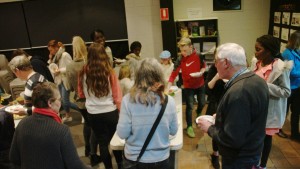 In a world that is now more indifferent toward Christianity than any other time in history, the need for apologetics to advance the Gospel is desperately urgent. But without a network of strong, healthy, vibrant local churches led by caring, unifying shepherds (pastors and elders, officers and deacons, small-groups leaders) who do all they can to assemble their flocks weekly to feed their sheep and tend their lambs, apologetics can only do so much. Because when a local church becomes a model of a loving, accepting, forgiving and a well-disciplined community of passionate fully-devoted followers of Christ, the work of Gospel proclamation, and even apologetics, is made all that much easier. It is my hope that we will be willingly led by the Holy Spirit to be such a church!