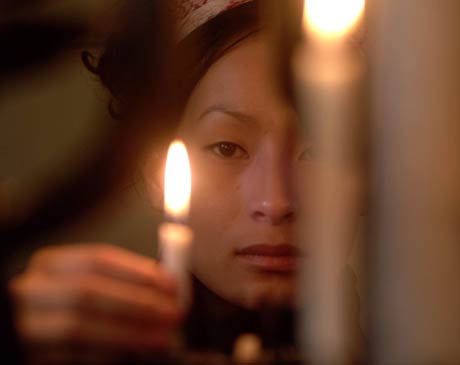 CHRISTIANITY IS NOT WHAT YOU THINK 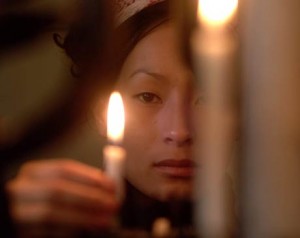 But Which Religion Is The Right One?

Despite the claims of some people that all religions are basically the same, a closer examination of each religion’s claims reveal just how different they are! The central teaching of each religion is the identity, nature, and character of God. Hinduism teaches that God is an impersonal force that can be worshiped as a multiplicity of idols. Islam teaches that God is a solitary being who is not bound to moral restrictions (“Allah is arbitrary”), which means that God can cheat, lie, and murder without moral impunity. Judaism teaches that God is the uncreated, eternal, and holy (the source of moral purity) Creator. Christianity teaches that God is the eternal Father, Son and Holy Spirit with the Son becoming a human being – God in the flesh. Islam teaches that this particular teaching of Christianity is the sin of shirk (Arabic: شرك‎‎ širk) – the unforgivable sin. As you can see from this brief survey of the world’s major religions, the most fundamental claim of any religion is the identity, nature, attributes and character of God – yet each of these religions contradict each other’s teachings about God!

Like any truth claim, the claims of any religion can be tested.

The case for the teachings of Christ (‘Christianity’) being the exclusively true religion can be shown to pass each of these truth-tests, and as I explain what is involved in becoming a Christian, it is the last of these four truth-tests that I will invite you to try.

A Christian is someone who follows the teaching of Jesus of Nazareth as revealed in the Bible. Becoming a Christian involves a spiritual conversion – not just intellectual agreement. The Bible calls this “regeneration” (Titus 3:5) which Jesus described as being “born again” (John 3:3). This spiritual transformation is transacted by prayer to God asking Him to forgive us of our sin and save us from its eternal penalty because of the substitutionary death of Jesus Christ that first Easter.

Thus, when a person cries to God for help, there has come an awareness that there is something wrong – not just with the world, but with our own hearts.

There comes a growing realisation that no matter how hard we try to ‘fix’ ourselves, we are unable to change our sinful, selfish, self-justifying behaviour. We eventually see that we need a Saviour.

Christianity is the only religious view that has a “Saviour” – a Rescuer. We need to be rescued from the plight and peril of our sin. Sin is what separates mankind from God. It is an act of pride that says to God that we know best and He doesn’t. Sin is thus highly self-deceptive. It deceives into thinking we are better than we actually are. It maliciously tricks us into thinking that God is less than He actually is. It wounds our heart and calls it ‘pleasure’. It stains our souls and calls it ‘happiness’. It poisons our minds and calls it ‘progressive’. We need healing from sin. We need cleansing from sin. We need an antidote to sin – and only God can provide this healing, cleansing, antidote.

In His mercy, He plants a cry in our hearts to God for this healing-cleansing-antidote called: salvation. God then causes us to ‘see’ that if we cling to our sin and identify with it, that our sin deserves eternal justice for what it has done to humanity. But He also reveals that the God of Justice is also the God of Grace – who not only must punishsin but who has also sent His own Son as our substitute to take our penalty for identifying with sin. When a person realises this, God enables them to repent – to turn away from their identifying with sin, and turn to Him.  Repentance is a gift from God (2Tim. 2:25) which brings about a change in a person’s heart, mind and actions. The repentant person is now enabled to trust the One who acted as their substitute and bore the penalty for their sin: Jesus Christ.

The Bible promises that all those who simply call upon (the Name of) the Lord shall be saved from the penalty and doom of their sin (Romans 10:9-13).

because, if you confess with your mouth that Jesus is Lord and believe in your heart that God raised him from the dead, you will be saved. For with the heart one believes and is justified, and with the mouth one confesses and is saved. For the Scripture says, “Everyone who believes in him will not be put to shame.”  For there is no distinction between Jew and Greek; for the same Lord is Lord of all, bestowing his riches on all who call on him. For “everyone who calls on the name of the Lord will be saved.”
Romans 10:9-13

This is entirely a spiritual experience which has implications for our everyday lives. After becoming a Christian we think differently, act differently and feel differently towards others. This result is called “conversion”. Any unconverted person cannot reasonably be expected to claim that they are a Christian!

Perhaps you recognise your need for Christ? I invite you to put this experiential truth claim of Christianity to the test. Even though you may feel like you’re a million miles from God, you’re not – you’re just one step – and this first step is taken in prayer…

“Father God, I thank You that You have shown me my true condition before You and what sin has done to my heart, mind and soul. I thank You that have taken the penalty of my sin and graciously placed it on Jesus who was my willing Substitute. I thank You that Jesus has died in my place to heal and cleanse me from, and provide the antidote to, my sin. I ask you to forgive me, heal me, cleanse me, and set me free from my sins. Help me now to live for you and fill me with Your Spirit, Amen.”

Will you give your life to Christ and start your journey as a Christian? If Jesus Christ of Nazareth was correct, the grave is not the end, and from the moment we leave this life we either spend eternity enjoying eternal life with God in Heaven or separated from Him and His goodness enduring the penalty of our rebellion for eternity.

And do not fear those who kill the body but cannot kill the soul. Rather fear him who can destroy both soul and body in hell. JESUS CHRIST, Matthew 10:28