For The Love of Pete 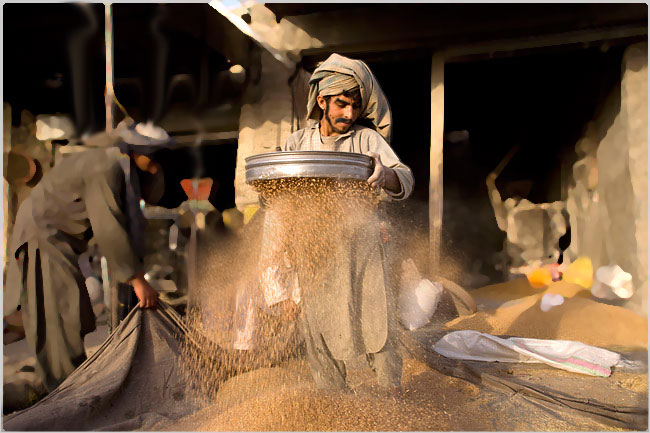 For The Love of Pete

Of the many interactions that The Christ had with people, He had two particularly extremely curious conversations with his chief apostle, Peter. Curious may not be the right word. Bewildering may be more apt. One of them required Peter to act, the other required Peter to answer. My suspicion is that these two poignant conversations give us insight into the two greatest struggles anyone desiring a deeper spiritual life will have to face.

These are the Twelve:
¶ Simon (Jesus later named him Peter, meaning “Rock”),
Mark 3:16, The MESSAGE

Having changed his name from “A reed that bends in the slightest breeze” to “Strong and solid as a rock”, Jesus reverts to Peter’s birth-name in addressing him now. “Simon, Simon” He says. It seems that Jesus was reminding Peter of who he was – one easily influenced by others. The world loves to sway people away from following God. Sometimes Satan orchestrates this. A young man gives his life to Christ and becomes a real threat to the powers of Darkness. Satan begins scheming.

¶ “And when you fast, do not look gloomy like the hypocrites, for they disfigure their faces that their fasting may be seen by others. Truly, I say to you, they have received their reward.
Matthew 6:16

Most of us, left to our own devices, are reeds that bend in the slightest breeze. We want to be “in”. We want others to accept us. We want the approval and affirmation of the crowd. This will cause a child of God to succumb to the devilish temptations that the world offers if they lose their vision of their Saviour. But I have slightly rushed ahead to the second curious conversation that Jesus had with Peter.

Following Christ is no trivial, frivolous exercise. While our salvation is won for us at the Cross our journey with Christ does not stop at the Cross. Our journey has twists and turns, mountains and valleys, crowds and isolation, plenty and want, moments of urgency and moments of rest. But idou, we have an Enemy lurking!

“Simon, Simon, behold: Satan has demanded to have you!” In a scene reminiscent of the Book of Job where the God of Glory had Satan make a similar demand for the soul of Job, the Son of God had Satan demand the soul of Peter. Like Father like Son, Jesus was stunningly confident that Peter would remain loyal to Him despite Satan’s best efforts to lure him away. At this point in the Gospel account of this sombre episode I expect the next statement from Christ to be something like, “But I have rejected his request! But it stuns me that it isn’t. Jesus granted Satan’s request!

Many a young man has been introduced to Jesus in their youth then had Satan lure them away before they could idou the Christ. The world has its pleasures, delights, and attractions.

“Stolen water is sweet,
and bread eaten in secret is pleasant.”
Proverbs 9:17 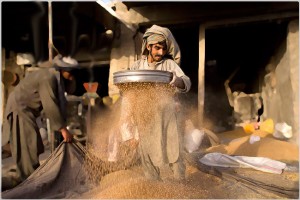 But these pleasures are fleeting, these delights are dangerous, and attractions are often traps. “Simon, Simon, behold: Satan has demanded to have you, that he might sift you like wheat!” Sifting wheat involves shaking, wind, and fire. The sift allow the wheat to pass through and the chaff, the husks, and the debris to be removed. The weightier wheat drops down while the lighter chaff is blown into the fire.

His winnowing fork is in his hand, to clear his threshing floor and to gather the wheat into his barn, but the chaff he will burn with unquenchable fire.”
Luke 3:17

What does it take for Satan to lure a child of God away from their Redeemer? A relationship? A drink? A pill? A bed? Chocolate? A football game? 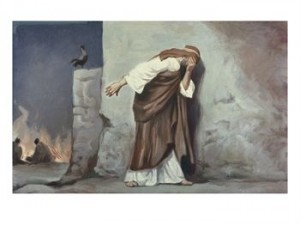 After announcing to Peter that he was to be sifted by Satan – with Christ’s permission – Jesus assures Peter that his impending failure will not be his final doom. “But I have prayed for you” Jesus tells him. It seems that even the Son of God thinks prayer does something eternally significant and immediately helpful. Jesus prayed for Peter. For facing Satanic sifting, Jesus prayed for Peter. Satan will attack, but Jesus is praying. But nearly always changing everything. Given the choice between having Jesus guarding us against Satanic attacks and having Jesus pray for us while we go through them, how many of us would choose the prayer option?

But what Jesus prayed for Peter is even more curious: “but I have prayed for you that your faith may not fail.” Even after three years of spending everyday with Jesus, Peter still needed the Son of God to pray for him to keep believing, keep trusting, and keep being confident in what he had come to know as the truth. If the Apostle Peter could have his faith in Christ rocked, so could we. If he needed assistance to keep believing the truth, so do we. Prayer, daily Bible reading, and Church attendance are each ordained by the God of All Glory for His children to grow and thereby be able to withstand the onslaught of our Enemy.

For us today who do not have the privilege of walking each day around the shores of Galilee with the incarnate Christ, we have to inform our souls of the truth by acquainting ourselves with the Word Made Flesh in the Word made of words, the Bible. It is in times of Enemy sifting that we need to be reminded of the truth from God’s Word so that we can stand firm.

¶ “Simon, Simon, behold, Satan demanded to have you, that he might sift you like wheat, but I have prayed for you that your faith may not fail. And when you have turned again, strengthen your brothers.”
Luke 22:31-32

Do You Love Me?

Jesus went on to describe Peter’s failure during this coming time of sifting.

Jesus said to him, “Truly, I tell you, this very night, before the rooster crows, you will deny me three times.”
Matthew 26:34

As a result of Satan’s sifting of Peter, the chief apostle would publicly deny, three times, even knowing Jesus. But this would not be the end of this sad episode. There was hope for the fallen apostle – “And when you have turned again, strengthen your brothers!” There is hope for us too.

This charge to Peter about strengthening his brothers was repeated by Christ in the other very curious exchange he and Jesus had after the resurrection of Christ. Perhaps in a one-for-one correspondence to Peter’s denial of knowing Jesus, the Son of God asked him three times do you love Me?

¶ When they had finished breakfast, Jesus said to Simon Peter, “Simon, son of John, do you love me more than these?” He said to him, “Yes, Lord; you know that I love you.” He said to him, “Feed my lambs.”
John 21:15

Jesus could have asked a far lesser question like Will you serve Me? or Will you obey Me? or Will you dedicate your life to being a pastor of My sheep?  Will you read your Bible everyday? Will you be faithful each Sunday in attending church? But He asked the question that has eternal and therefore immediate consequences, Do you love Me? And well He might us: Do you love Me?

Three times. “My reed-like-easily-swayed-by-the breeze-of-other people’s-opinions Chief Apostle, do you agapas (pronounced as: argarpars , ἀγαπᾷς) Me?” ’Aγαπᾷς is translated into English as love – because we don’t have a word in English that truly captures this beautiful Greek word. The best we could do in English is to use several words such as, self-sacrificing, utterly-heartfelt and dedicated, the highest commitment and affection for, (12 words) to translate this word into English. But each of the three times that Peter was asked by the Son of God about whether he loved his Lord, he did not answer Christ’s question. Instead, Peter replied, “Lord, you know that I really like you a lot.” Instead of agapas, Peter used the word, philoh (φιλῶ). I wonder how many people today, who identify as followers of Christ, would answer like the recently-sifted Peter if they too were asked how they feel about Jesus?

It is my mission as a pastor to help those entrusted to my care to love, in an agapas type of love, the One Who Is Love. It is my greatest burden to achieve this pastoral mission. But it is my saddest confession that it is my greatest deficiency as a pastor. To this end, I would value your prayers – especially after learning what we have just learned about prayer from Luke 22:32. And in the meantime, I too will apply Luke 22:32 and pray for you to love Jesus, withstand the sifting of Satan, and to strengthen your brethren.