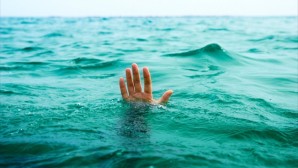 It’s a horrible feeling to feel out of control. There are many things in life in which we each get a say and can directly effect the outcome. But there are just as many things – and for those who feel as if they have lost all control – even more things, in which we have no say, get no vote, and can do nothing to change the outcome. It is in these times that a person feels overwhelmed. To use an aviation analogy, it’s like flying at night in overcast and foggy conditions when you have little idea where you are or what’s in front of you. This sense of feeling overwhelmed is a burden too great for some. It clouds a person’s judgment. It robs a person of confidence. Yet some people have learned the secret to overcoming the sense of being overwhelmed. After watching some of them closely, this is what I’ve noticed.

The shock that comes from losing someone close can be debilitating. Therapists generally talk about the six stages of grief that every human experiences at varying rates and degrees. When it comes to grief there is no ‘one size fits all’, yet we will all pass through these six stages. The early stages of grief include shock, denial, anger, depression. Grief doesn’t come with a schedule but does come with a sequence. For some the initial stages of grief linger for years and years. This is especially so when there is no warning – such as a road fatality, or cold-blooded criminality. It is most especially so when it is suicide (which therapists describe as ‘complicated grief’). Such tragedies cause grievers to suffer trauma which is where the grief keeps the memory of the tragedy at the forefront of the griever’s mind. For those of us who have never suffered this kind of trauma it can be difficult to understand why a traumatised griever doesn’t just “move on”.

¶ Then David took hold of his clothes and tore them, and so did all the men who were with him. And they mourned and wept and fasted until evening for Saul and for Jonathan his son and for the people of the LORD and for the house of Israel, because they had fallen by the sword.
Second Samuel 1:11-12

It takes those traumatised by grief longer to process their grief. The final stages of any grief includes acceptance of reality and appropriate compassion for others. Because trauma distorts reality, it is often very difficult for a sufferer to process their grief through to grief’s final stages without some assistance. This kind of overwhelming grief can generally only be overcome by the griever teaching their heart to ‘file past memories’. Trauma keeps a tragic memory fresh. Trauma constantly battles reality with shock and denial. This is why writing the sequence of events with as much expression as possible is so therapeutic because retrains the mind to take the memory of the tragedy and file it away in the appropriate collection of memories as a past event that really occurred. Skilled counsellors can guide a traumatised griever through this process so that they are no longer overwhelmed by the memory of the tragedy and all of the associated feelings of guilt (one of the stages of grief). In this healthy grieving process, ‘moving on’ looks like living with a degree of sorrow for what has happened and has now been lost, and, being able to feel empathy and sympathy for others who may also begin to grieve without it causing the recovered griever to retreat from these grieving people. ‘Moving on’ does not mean forgetting or never feeling sad about the loss. 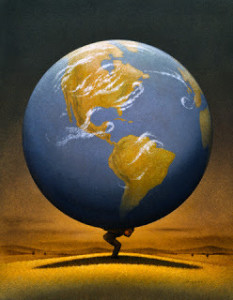 The other night I was watching one of late-night investigative crime-reporting shows produced by Vanity Fair where they featured an extremely intelligent young lady, Sandra Boss, who was a corporate lawyer earning nearly two million dollars a year, fell victim to a con-artist. At a dinner party held by friends she met a charming man named Clarke Rockefeller, who shared that he was a member of the Rockefeller dynasty. She fell in love with him and they married and eventually had a daughter. Their marriage turned sour and this led to an awkward custody arrangement with Clarke, who was identified in court as Christian Karl Gerhartsreiter. After kidnapping his daughter and being tracked down by Police, ‘Clarke’ was identified as the chief suspect in a double homicide which had happened several years earlier.

“There is a difference between intellectual intelligence and emotional intelligence,” Boss said in a firm voice, as the lawyer for the man authorities say is really Christian Karl Gerhartsreiter asked how such an accomplished woman could have been fooled.

“I’m not saying I made a very good choice of husband,” Boss said. “It’s pretty obvious that I had a blind spot. All I’m saying is that it’s possible that one can be brilliant and amazing in one area of one’s life and pretty stupid in another.”
THE BOSTON GLOBE, June 3rd 2009

Consider Ms. Boss’s words, “It’s possible that one can be brilliant and amazing in one area of one’s life and pretty stupid in another.”

She said she believed his claim that he was a Rockefeller and was involved in the Trilateral Commission, or “the Group,” as he called it. The commission is a private organization whose aim is to generate closer cooperation between the United States, Europe, and Japan.

And Boss accepted numerous other fantastic stories, including that his mother was a former child movie star and that he was mute as a child, regaining his speech only after spotting a dog and blurting out his first word in seven years: “woofness.”

Being highly intelligent in one area of life can make a person feel all the more overwhelmed when it comes to navigating relationships. “There is a difference between intellectual intelligence and emotional intelligence”, Sandra Boss admitted. This shouldn’t be surprising. Professionals work tirelessly to pass increasingly difficult exams over five or more years. They then often have to work as interns for another year or two where they are supervised and scrutinised while being subjected to criticism and humiliation. Yet, when it comes to relationships, even the brightest and most professional people do little to nothing to develop their emotional skills needed to get along with others. This is why a lawyer can be an amazing lawyer but a terrible boss, or a doctor can have an amazing bedside manner but be riddled by isolation and loneliness.

Hannah was speaking in her heart; only her lips moved, and her voice was not heard. Therefore Eli took her to be a drunken woman.
First Samuel 1:13 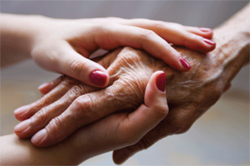 Learning how to emotionally connect with another requires developing the three levels of listening. It is governed by the goal of understanding before being understood. When someone feels that another person understands them, they are involuntarily drawn closer to that person. This is achieved by learning to practice reactive listening where the listener reacts in such a way that they disarm and invite the one they are listening to speak freely. It is complemented by active listening which combines empathy with clarification questions. It is completed with responsive listening where the listener demonstrates that they have heard what has been told to them or asked of them. This also requires the skill of learning that when someone shares their heart, they are not merely sharing facts. They are sharing how they feel using words that are interpretted as wooden-literal facts by those trained to pass exams involving precise language.

If you want to better handle those things that trigger you feeling overwhelmed, keep reading (especially Part 2).