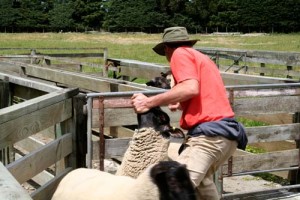 A New Zealand sheep farmer faced a dilemma one lambing season. One of his ewes had died while lambing. He now had an orphaned lamb which urgently needed to be fed. That same night another ewe was pining the death of her newborn lamb. The solution seemed simple. The farmer took the orphan lamb to the pining ewe. But the moment she smelled this lamb she rejected it. This was the farmer’s dilemma. Then he had an idea. 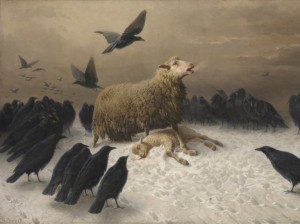 Taking the lifeless lamb, he removed its skin and covered the orphaned lamb with it and brought the lamb back to the ewe. As soon as she smelled this motherless lamb she recognised it as her own and immediately began to mother it. At the risk of commercial insensitivity, this story has far more to do with the true meaning of Easter than imaginary bunnies and chocolate eggs.

In describing the first Easter the ancient documents of the New Testament have used language such as, “the lamb of God”, “substitute”, “covering”. On the first Easter, Jesus, the Lamb of God, died as our Substitute and, in symbolic language, anyone who accepts this and seeks the forgiveness He now offers is covered by His death. But unlike our Kiwi story where there was no hope for the dead lamb, The Lamb of God who died then rose from the dead three days later. The Bible calls this the ultimate victory.

¶ The next day he saw Jesus coming toward him, and said, “Behold, the Lamb of God, who takes away the sin of the world!
John 1:29 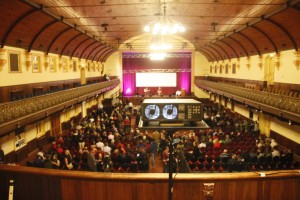 This Easter many people will come to realise that the ache in their soul is solved by the Lamb of God who died as their Substitute and rose again to offer them life now and beyond the grave. You too can discover this at Legana on Good Friday and Easter Sunday at 10:30AM, or at the Albert Hall, on Good Friday 7PM.

¶ And between the throne and the four living creatures and among the elders I saw a Lamb standing, as though it had been slain, with seven horns and with seven eyes, which are the seven spirits of God sent out into all the earth.
Revelation 5:6