DOES THE LION SEEM BIGGER TO YOU?

In C.S. Lewis’s, CHRONICLES OF NARNIA, he tells how Aslan always appears bigger to those who come to know him more. 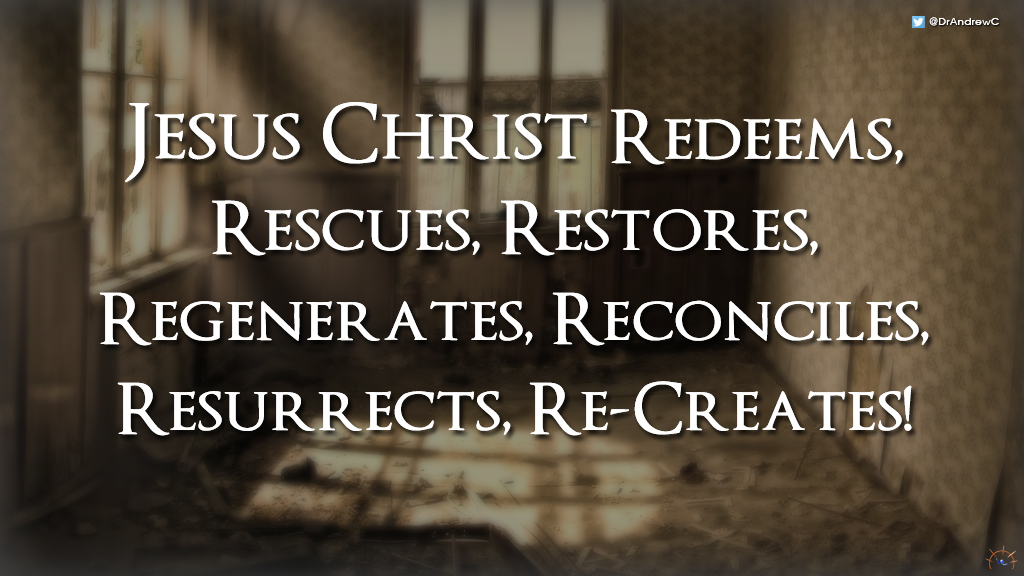 The Beautiful Set of Re Prefixes

While it’s true that Christianity is best spelt – D O N E, it is best described with words which use its beautiful prefix: re. These re-words are both a powerful set of descriptions and a set of glorious reminders about what Christ has done for us.The...