DOES THE LION SEEM BIGGER TO YOU?

“Aslan” said Lucy “you’re bigger”.
“That is because you are older, little one” answered he.
“Not because you are?”
“I am not. But every year you grow, you will find me bigger.”
C.S. Lewis, Prince Caspian

In the Chronicles of Narnia instalment, Prince Caspian, C.S. Lewis creatively depicts Aslan as appearing to the Pervensie children in differing sizes. Having longed to see Aslan for some time, Lucy encounters him at long last and remarks to The Lion that he appeared to be bigger. In effect, Aslan tells her that the bigger she gets, the bigger he will appear to be to her. In one sense C.S. Lewis has beautifully portrayed the believer’s relationship with Christ in a way that shows that when the believer grows, their vision of Christ also grows. It reminds me of the time when Kim wanted me to walk with her over the Ironbound range (a part of the famous South Coast Track). After a few hours of trekking, I made it near the top of the peak and thought, “That wasn’t so bad.” I’d heard how others had talked about how the Iron Bound was so difficult to trek up. And just as I was congratulating myself I reached the peak and looked up and to my horror realised I had just trekked the foot-hill of the Iron Bound – not the Iron Bound! (see the illustration below) 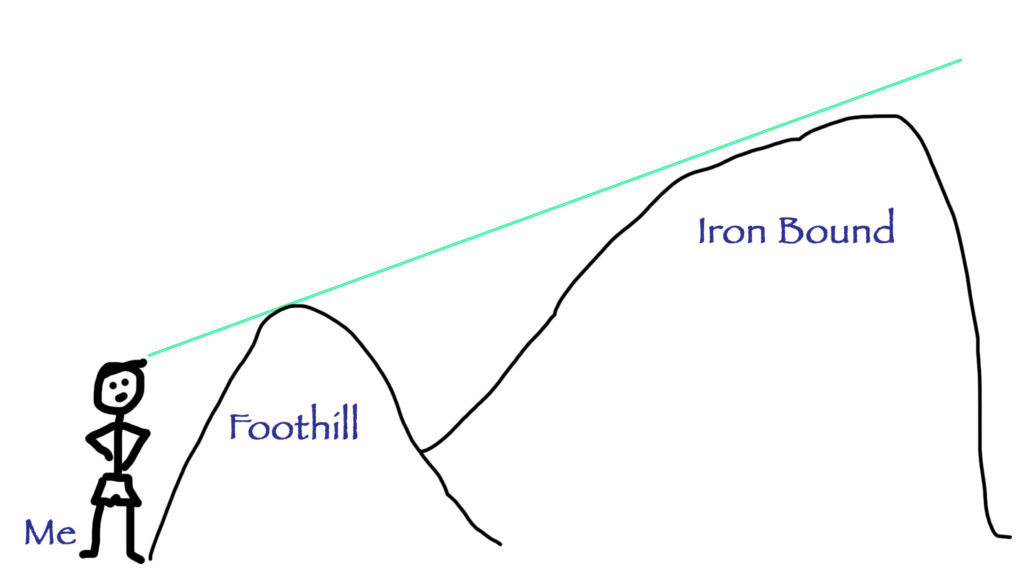 WHEN THE LION APPEARS

And one of the elders said to me, “Weep no more; behold, the Lion of the tribe of Judah, the Root of David, has conquered, so that He can open the scroll and its seven seals.”
Revelation 5:5

Aslan says to Lucy in The Voyage of The Dawn Treader, “In your world I have another name. You must learn to know me by it. That was the very reason you brought to Narnia. That by knowing me here for a little, you may know me better there.” In this scene, C.S. Lewis has powerfully phrased what it is like to come to know Christ. He has taken the wealth of the Bible’s revelation about GOD in Christ and distilled it:

(i) Christ has a Name that represents who He is

(ii) We must learn to know Him by it

Christ’s name first appears to us as Saviour. Did you that the name ‘Jesus’ (Yeshua in Hebrew) means Saviour?

She will bear a son, and you shall call His name Jesus, for he will save His people from their sins.”
Matthew 1:21

But there is more to His name than Saviour and as we learn to know Him better we come to realise that His name encompasses exactly what every person needs and longs for.

LEARNING TO KNOW HIM BETTER

My mission as the pastor of our church is to minister the richness of Christ to you. It may appear that I am simply ministering His Word each Sunday as I stand before you. This requires study, research, preparation and presentation. But if this is all it seems I am doing then you may be missing my real intent. My intent is not merely to minister the Written Word of God to you – but to minister the Living Word of God to you. (see the illustration below for a fuller explanation) 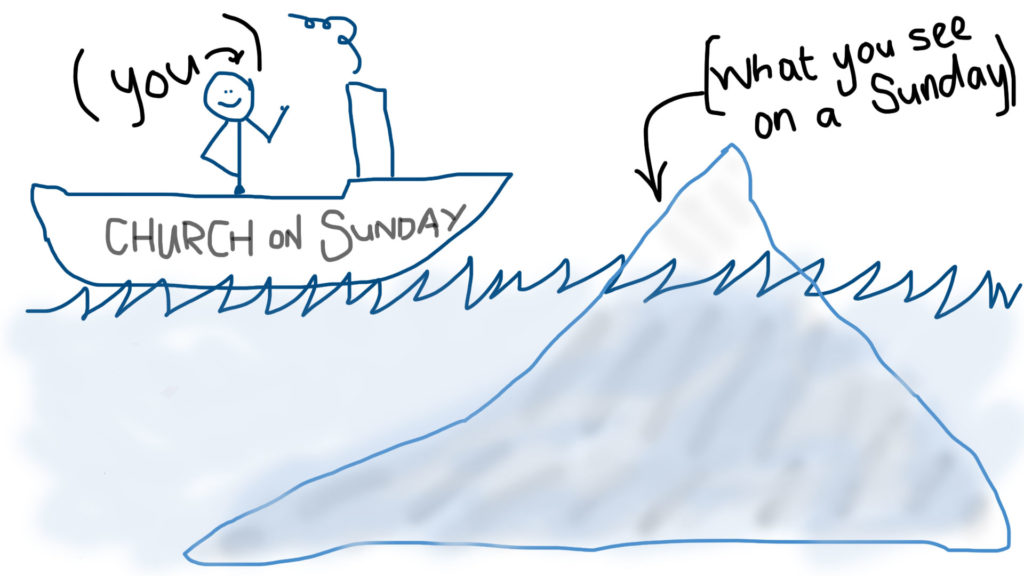 Since Christ is the Word of God, when we gather on a Sunday to worship Christ and receive His Word, we are receiving Him. That’s why my preparation for a Sunday is not just my study of His Word but also my time with Him. I hope this Sunday that it is not just your minds which are enriched in the knowledge of God’s Word, but that it is also your hearts which are cleansed by the washing of the water of His Word (Eph. 5:26) and also your souls which are infused with a greater love for Him as the combination of our praise, reflection, teaching, and fellowship draws us to behold Him – and by beholding Him we are made more like Him.

Does the Lion seem bigger to you? I hope so. If not, there’s more to your Christianity than perhaps you realise – there’s an invitation to behold Christ in a way that transforms your world and priorities. See you in the den this Sunday.