In the gruesome movie series, The Godfather, there is a remarkable moment of redemption that I find deeply moving. Michael Corleone, the Godfather of the Mafia, has journeyed to the Vatican to settle a financial dispute with them. He is a man who is suppressing a lot of guilt and his tired, worn-out, failing body, betrays this fact. He tells the Cardinal Lamberto that a corrupt Archbishop has defrauded him. The Cardinal picks up a pebble from a fountain and says, “Look at this stone. It has been lying in the water for a very long time. But the water has not penetrated the stone.” The Cardinal then cracks the pebble. “Look!” he invites Michael Corleone, “Perfectly dry! The same thing has happened to men in Europe! For centuries they have been surrounded by Christianity. But,” continues the Cardinal looking up to the sky, “Christ has not penetrated – Christ doesn’t live within them.” And for Michael Corleone, who has been carrying the guilt of a life of murdering innocent men, including his own brother, it’s all too much. But Cardinal Lamberto points out to the Mafia boss that there is no sin which Christ has not borne to lift the burden of guilt and shame from off the shoulders of weary sinners. I am particularly reminded of this scene as I prepare to preach in Europe next week. 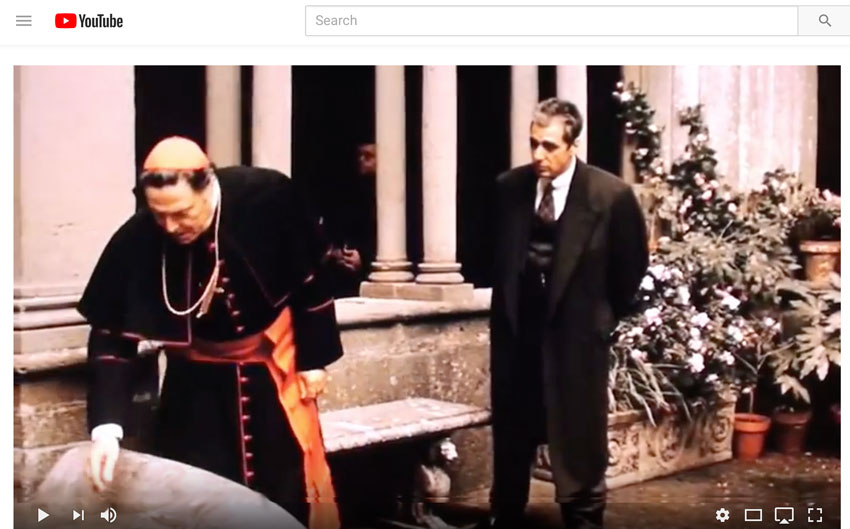 “See, I have called by name Bezalel the son of Uri, son of Hur, of the tribe of Judah, and I have filled him with the Spirit of God, with ability and intelligence, with knowledge and all craftsmanship, to devise artistic designs, to work in gold, silver, and bronze, in cutting stones for setting, and in carving wood, to work in every craft.”
Exodus 31:2-5

If hardened criminals who spend most of their lifetimes suppressing their consciences can turn to Christ and find forgiveness, there is hope for us all. There will be some, though, who cling to the false notion that they cannot be “spiritual” because they are more concerned with practical matters. I think this confuses two important aspects of life. Firstly, even under the Old Covenant’s division of laity and priestly class, there were those whom God anointed with the Spirit of God to carry very practical things, such as art and metal-work (Exo. 31:2-5). We think of the great Apostle Paul who took pride in his leather-working and tent-making trade (Acts 18:3). I hardly think anyone would accuse the Apostle Paul of not being spiritual!

The prophet Zechariah, in looking forward to the day when the New Covenant would become a reality, described as a day when even the common bells on horses would have “Holy to the LORD” inscribed on them, and every pot and pan in the city would similarly be regarded as an cause for worship of Lord. It’s a beautiful picture of how Christ has made a way for everyone who has surrendered their lives to Him can have immediate access into the holiness of God’s presence. This means that if you are a carpenter, your hammer and nail-gun are instruments of worship to God. If you a school teacher, your students are an occasion for your worship of God. If you are a retailer, your store displays, products, and cash registers, are all an occasion for you to worship and to enjoy God’s presence as you work. Being heavenly-minded does not have to mean that we are of no earthly good!

There may be some who scoff at the possibility of anyone who has spent their entire life resisting Christ, finally surrendering to Him and experiencing the transforming joy that can only come from having sin, guilt and shame, washed away by the eternal sacrifice of Christ on the Cross. But, as I close, consider one of Australia’s most outspoken atheists who rose to the very top of political power in Australia. He attributes his atheism to being raised in home filled with domestic violence. But what he never told anyone, until a few weeks ago, was that he was having terrible doubts about his atheism. His biggest problem, as he tells it, was that met so many sincere believers in God whose lives demonstrated their conviction that the God of the Bible was present in their lives by the way they sacrificially cared for others. Eventually, it led Australia’s former Governor General, Mr Bill Hayden, to surrender to Christ, and was baptised in an Ipswich (Queensland) church the other week. 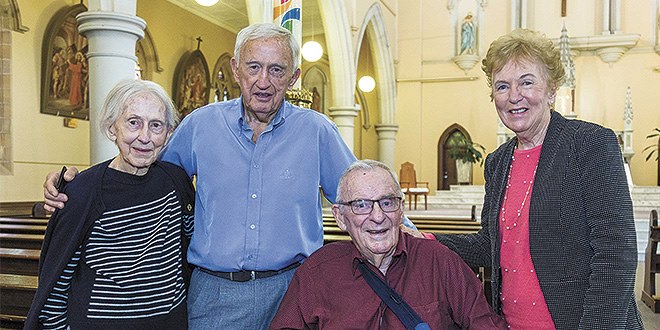 According to Mr Hayden, his conversion was largely provoked by how he saw the intersection of practical service and authentically deep spirituality. Let’s pray that more people will be similarly provoked.