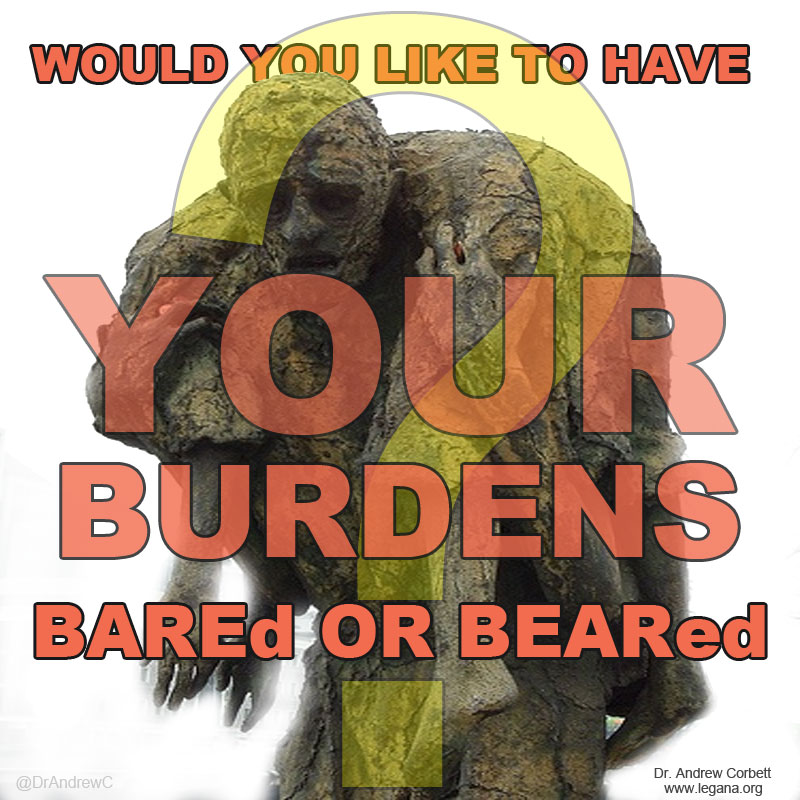 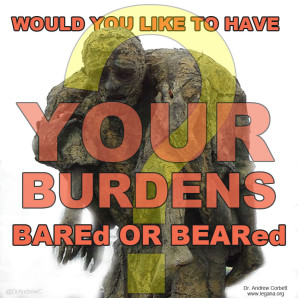 We currently have an overseas student from a non-English speaking country staying with us for a few months. There are now constant reminders about just how weird English is – particularly all those words in English which sound the same but have completely different meanings. It might take you a minute to find that minute speck of dust on your camera lens which could lead you to discover that it was actually a dust mite and not a piece of lead. Did you detect how many homophones I just used in that sentence? Might and mite should be easy to detect because this was the only pair which were not spelled the same. I do sometimes wonder whether most English speakers know when to use lead and when to use led when they actually used lead? The reason I think that this is important is because God has ordained the written language (including agreed spelling and grammar) to preserve and deliver the eternity-changing message of the Gospel to those who need it most.

This morning I read someone’s post on Facebook which called for people to “Bare one anothers burdens”. I struggled to overlook the missing apostrophe – but I struggled even more with the fact that they had conveyed a message exactly the opposite of what I’m sure they intended!

Bear one another’s burdens, and so fulfill the law of Christ.
Galatians 6:2

To ‘bare’ another’s burden is to expose it – which may actually make it worse! To bare another’s burden may result in humiliation, embarrassment or even shame. ‘Bare’ is one of those curious English words which has several meanings depending on how it is used –

Whereas its homophone, ‘bear’, can have rather grizzly connotations, or even determine which way you should turn – but when the apostle Paul used it in Galatians 6:2 (βαστάζετε from bastadzo) he meant it to mean lift, carry a load, take up. This would involve helping someone to avoid being humiliated, or embarrassed or even ashamed.

WHO SHOULD DO THIS BEARING OF BURDENS?

¶ Brothers, if anyone is caught in any transgression, you who are spiritual should restore him in a spirit of gentleness. Keep watch on yourself, lest you too be tempted.
Galatians 6:1

Perhaps more important than homophones, is the actual point of what Paul wrote to the Galatians about burdens and who should carry them. He is addressing two groups of people – the spiritual and the transgressing. If we were in a Bible Study group at this point, I would ask, “And which of these two groups does Paul say were burdened?” If you answered “The transgressing” you would be right. Believers who yield to temptation can easily become snared into a lifestyle of sin which can leave them burdened by their wretched double life. Those who are spiritual can reach out in loving kindness to those who are burdened by their transgressions and help them. This can begin by simply showing care, which conveys an important message of non-judgemental acceptance. Listening, praying, encouraging are important ways to alleviate a burden caused by transgression. But if you were to continue reading what Paul wrote about burden bearing you might respond to my question – “The spiritual”, and you too would be right.

For if anyone thinks he is something, when he is nothing, he deceives himself. But let each one test his own work, and then his reason to boast will be in himself alone and not in his neighbour. For each will have to bear his own load.
Galatians 6:3-5

While some of us don’t care about apostrophes or the appropriate homophone, there are some select people, such as myself, who do. It is to such people to whom it appears the burden of correcting everyone else’s poor grammar is a burden we must carry and bear responsibility for. But I’m not sure though that this is what the Apostle Paul had in mind. Perhaps we’ll never no!