I have two life prayers. One of them is, “Lord help me to hear Your voice!” As with most of my interactions with the Creator of the Universe, His answers come in surprising forms. Having just returned from several weeks annual leave, I had more than my usual time to think and pray. There were several reasons why I needed to do this, but the main one was – I am deeply concerned about the Church in Tasmania. There are many churches in our beautiful State. We are blessed to have some exemplary followers of Christ in some very strategic positions of influence in Academia, Commerce, Politics, Media, and the Arts. But my heart is heavy with a strong sense that we are not yet where we need to be and that Tasmania is yet to see the kind of church that Christ intends for our State. With all this on my heart, I wanted to use my annual leave to ask the Creator of molecules to speak to me about this.

¶ Once God has spoken;
twice have I heard this:
that power belongs to God, and that to You,
O Lord, belongs steadfast love.
For you will render to a man
according to his work.
Psalm 62:11-12

A THEOLOGY OF THE ORDINARY 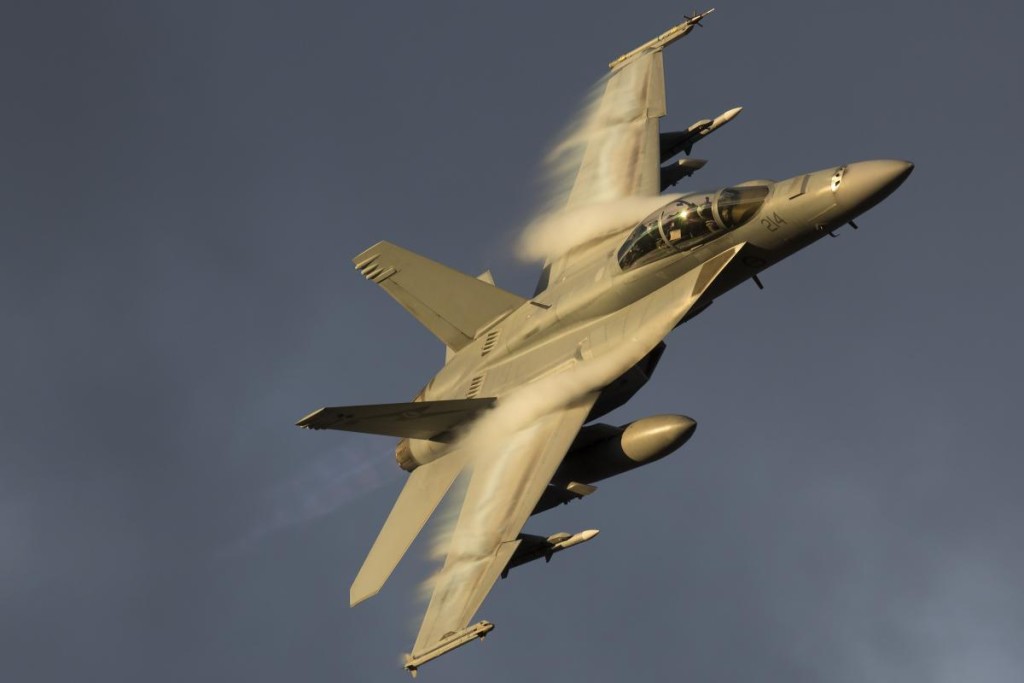 Kim and I used to live near an Airforce Base on the outskirts of Melbourne. We had pilots and RAAF support crew attend the church where we served. We became quite acquainted with one former fighter-pilot who was a highly skilled professional military aviator. He was required to undertake continual professional development and repeated evaluations in order to maintain his flying credentials. He could do what very few could. What he did everyday was extraordinary.

Very few of us would even know how to get into an F/A 18A Super Hornet, let alone get it to 25,000 feet and Mach III! It takes extraordinary ability to do so – which only a relative handful of elite pilots can do. For the rest of us ordinary folk, we can admire these pilots, but not realistically aspire to do what they do (unless we had several years of intense training!). But we can all aspire to do what is ordinary. Perhaps this is why soccer draws more crowds than Air Races. 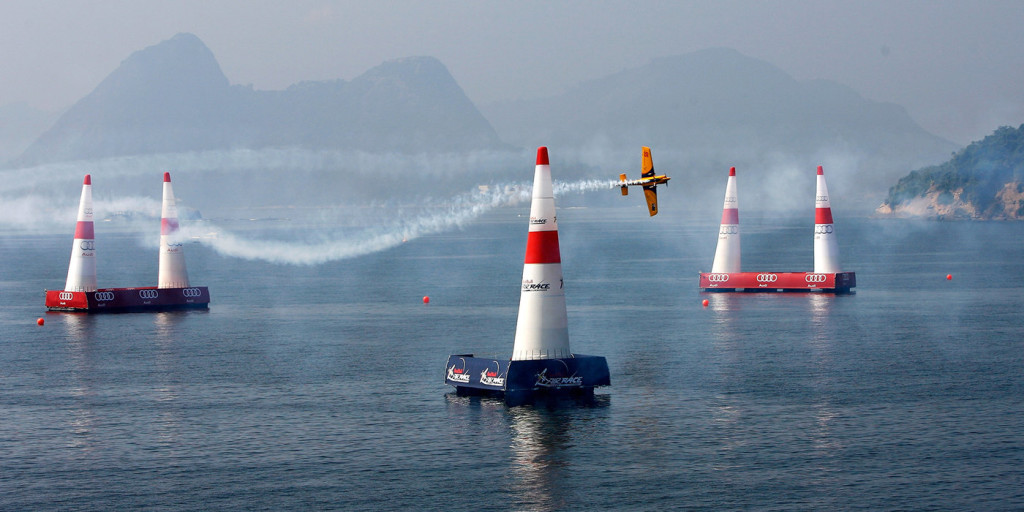 ¶ For consider your calling, brothers:
not many of you were wise according to worldly standards,
not many were powerful, not many were of noble birth.
First Corinthians 1:26

The most ordinary things in life are the most popular. These ordinary things are the things that anybody can do. This is why games like soccer are so popular because anybody can kick a ball. (I was reminded of this when watching Ebony as a 14 year old play in a girls’ soccer team.) Soccer doesn’t really need anything fancy. That’s why it’s played on the streets of Barcelona, the plains of the Kalahari, and the pack-ice of Greenland. Its elements are few: a pitch, goals, and a ball. Its rules are simple: don’t touch the ball with your hands; keep the ball within the pitch; don’t try and kick a goal when one of your team-mates are closer to the goal than you. 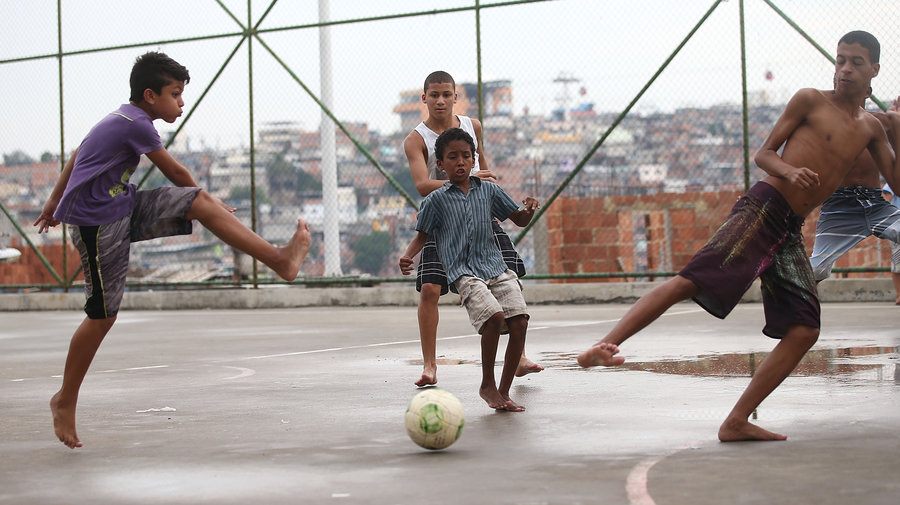 As simple as soccer and other ‘ordinary’ games are, there are some players of these sports who have developed into extraordinary players. For example, not many can do what Portuguese forward, Cristiano Ronaldo can do. He plays for Rëâl Madrid and earns $29,500,000 a year. While any of us can kick a roundish air-filled piece of leather, not many of us can bend it like Beckham!

A slack hand causes poverty,
but the hand of the diligent makes rich.
Proverbs 10:4

The most popular activities in life are all ‘ordinary’. The most popular TV shows are all about ordinary things – cooking, home renovations, fishing, and the like – even the recent royal wedding was really about two people doing something that any ordinary couple could do. The most popular YouTube clips celebrate the ordinary – tickling kittens, singing a song, opening a box. The most popular blogs discuss ordinary subjects – clothes, cooking, parenting, make-up.

And whatever you do, in word or deed, do everything in the name of the Lord Jesus,
giving thanks to God the Father through Him.
Colossians 3:17

It seems that God delights in using ordinary. There is something very noble about the ordinary. Under the Older Covenant, the Creator of water decreed that certain people should be set aside to do work that was not ordinary. When performing their duties, they were not to wear ordinary clothes. These were the priests. But under the Newer Covenant, the prophet Zechariah declared that God would take the ordinary – like, pots and pans used in the kitchen for making family meals – and make them reminders of His holiness. 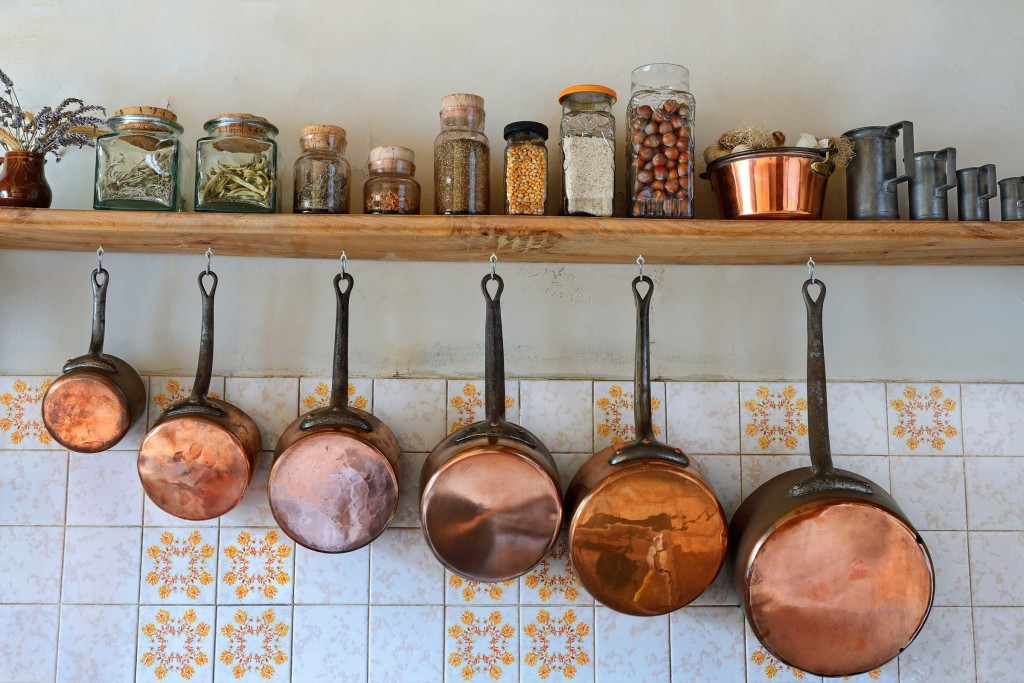 A THEOLOGY OF THE EXTRAORDINARY

The Creator of pumpkins also delights in transforming the ordinary into something, or someone, extraordinary. Not that the ordinary is replaced with the extraordinary, because the ordinary is done with a certain excellence. For example, Joseph was sold into slavery in Egypt and had some very ordinary tasks to do. But God put a desire in Joseph’s heart to do more than the minimum.

The same could be said of Daniel. He was deported to Babylon when his home town of Jerusalem was destroyed by Nebuchadnezzar’s army. Even as a young man he had a mind that everything he did was an act of worship to God which led him to try harder at everything he did so that he could honour the Creator of lions.

Those who draw near to God begin to have a desire to honour God with all of their ordinary activities. They begin to see that even the ordinary things they do which are common to us all – cooking, cleaning, serving – can be done in a way that goes beyond the usual minimum effort.

Do you see a man skillful in his work?He will stand before kings;he will not stand before obscure men.
Proverbs 22:29

The things we do as a church are all ordinary: talking, sharing, eating, praying, teaching, caring. The things we do when we meet as a church are also ordinary: singing, speaking, praying, reading, serving, feeding. The place we meet together in on a Sunday is also ordinary: walls, floor, ceiling, roof, sound system, video screen. The people who minister within our church and on a Sunday are all ordinary. But while I was taking some annual leave I was introduced to some people who also did ordinary things – cook, bake, serve – but didn’t just offer the minimum. These people each wondered how they could do their ordinary things better. Let me introduce you to one of these people. His name is Jordi. He was born in Spain. Before he was born, his parents bought a little run down café in Girona. His two older brothers developed a love for cooking and became chefs. When they took over the family business they transformed the café into a restaurant and renamed it, El Celler de Can Roca. It has been awarded 3 Michelin Stars. Jordi didn’t care for cooking, the restaurant, or even work for that matter, but his much older brothers always assumed that he too would work in the family business. As a teenager, Jordi began waitering in the restaurant after school. He loved going to parties and nightclubs but soon realised that being waiter was a lot more work than he had bargained for – especially when it was the waiters who were the last to leave because they had to clean up the restaurant after it closed. As he was cleaning up, he noticed that the chefs were the first staff to leave the restaurant. This is when he told his brothers that he wanted to be a chef (not because he had any interest in cooking, but so that he could knock-off work earlier!).

Jordi’s brothers decided to give him a go in the kitchen. Their relationship with their little brother (there was a 14 year age difference) was always strained. Jordi was born with an unusually large nose. He was picked on at school and at home for the size of his nose. As a young adult, he contracted laryngitis which left his voice-box permanently damaged. He can now only speak in a whisper. His brothers became increasingly frustrated with Jordi after they put him in the kitchen. His work was poor. He would sometimes leave without finishing a customer’s order. No matter how hard they tried, they couldn’t get their nightclubbing little brother to show any care about cooking or the restaurant. The English Pastry Chef at the restaurant asked if he could apprentice Jordi. The brothers agreed. His apprenticing of Jordi was harsh. Jordi wasn’t used to being spoken to like that. He soon discovered that this Pasty (Dessert) Chef really cared about what he was doing. After a months of working alongside this chef Jordi began to change. He began to care. He began to see that dessert making wasn’t just about food. Then the unimaginable happened! The English Pastry Chef was involved in a terrible accident where he broke both legs, his arms, and his back! That night Jordi had to make the desserts. By his own admission, what he serves customers that night was terrible. He was embarrassed. What eventuated was a quest by Jordi to learn everything he could about ice-cream. He took this knowledge and began experimenting with dishes. The result? Forty-year-old Jordi Roca is now the best Pastry Chef in the world having been awarded the international honour in 2014. 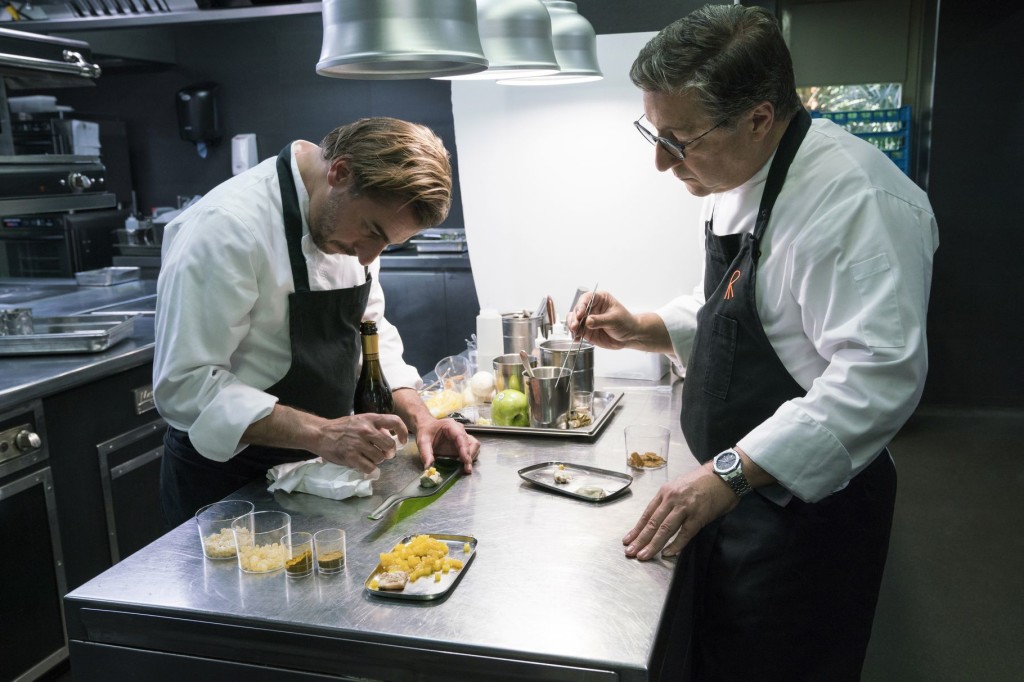 What Jordi Roca does with desserts is remarkable. It is literally, extraordinary. As I watched Jordi’s story I couldn’t help but realise that God was answering my prayer for insight. If someone could care that much about desserts, how much more should we care about the glory of God revealed through His church? What we do as followers of Christ can also become extraordinary – not that what we do is extraordinary – but the way we do the ordinary can become extraordinary. It doesn’t involve much. It’s just a matter of going beyond the minimum. It simply reflects care, and, ultimately, worship of God. Tasmania is yet to experience such a church where a group of ordinary people like us do ordinary things with extraordinary care and effort. Would you please pray for me to have the wisdom, strength, and ability to lead such a church here in Legana?

Whatever you do, work heartily, as for the Lord and not for men
Colossians 3:23