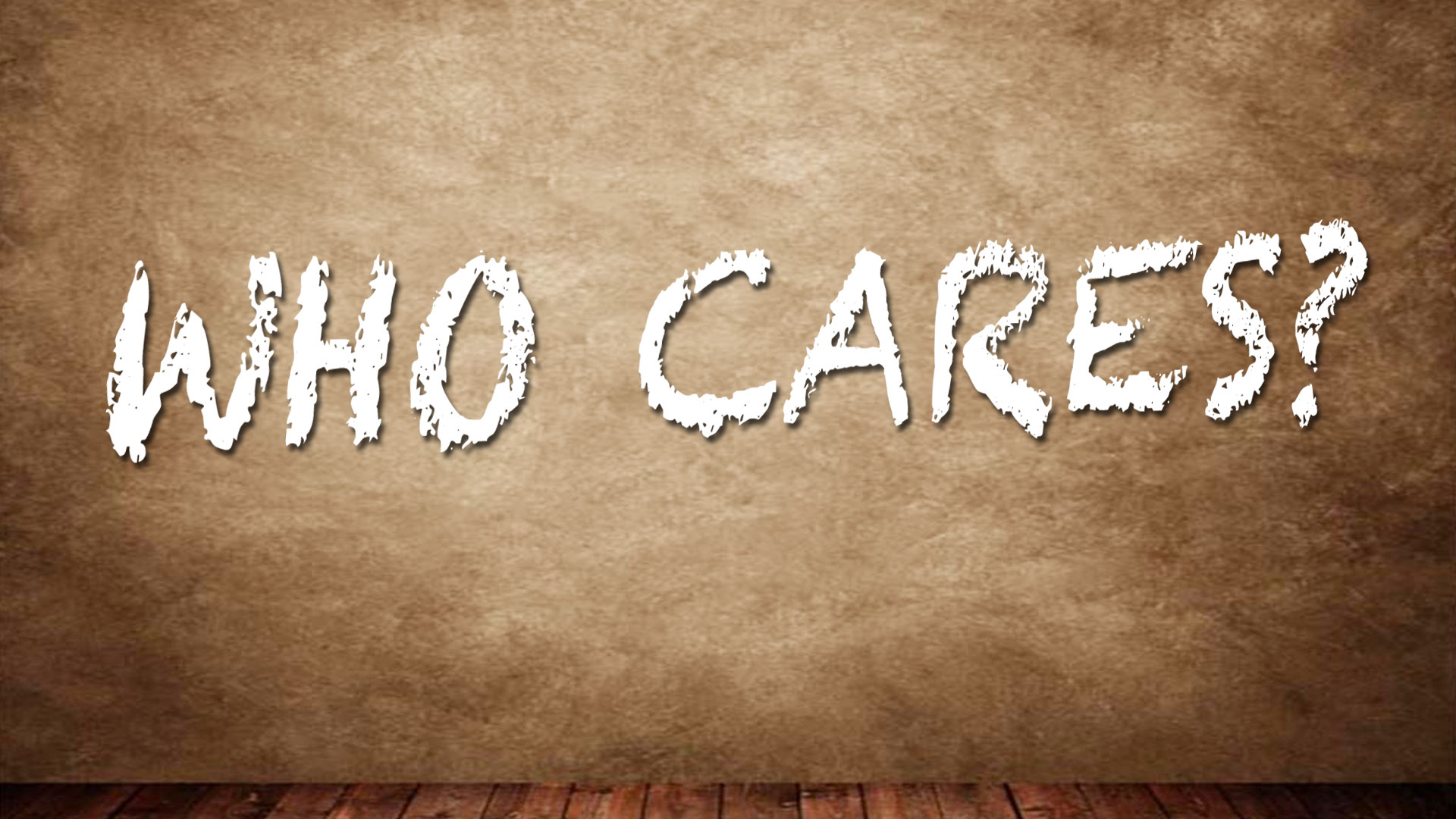 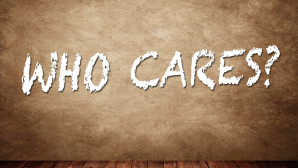 This month is our church’s Month of Care. This doesn’t mean that we don’t care any other month – but it does mean that this month we are going to focus on how we can improve our care and be inspired to care with some wonderful stories of how care has changed lives. As we prepare to look a little more closely at what caring for each other, those in our community, and even those in our families, can look like, there is currently before us an urgent need to show life-saving care for another category of candidates.

When the cares of my heart are many,your consolations cheer my soul.
Psalm 94:19

THE JOURNEY TO CARE 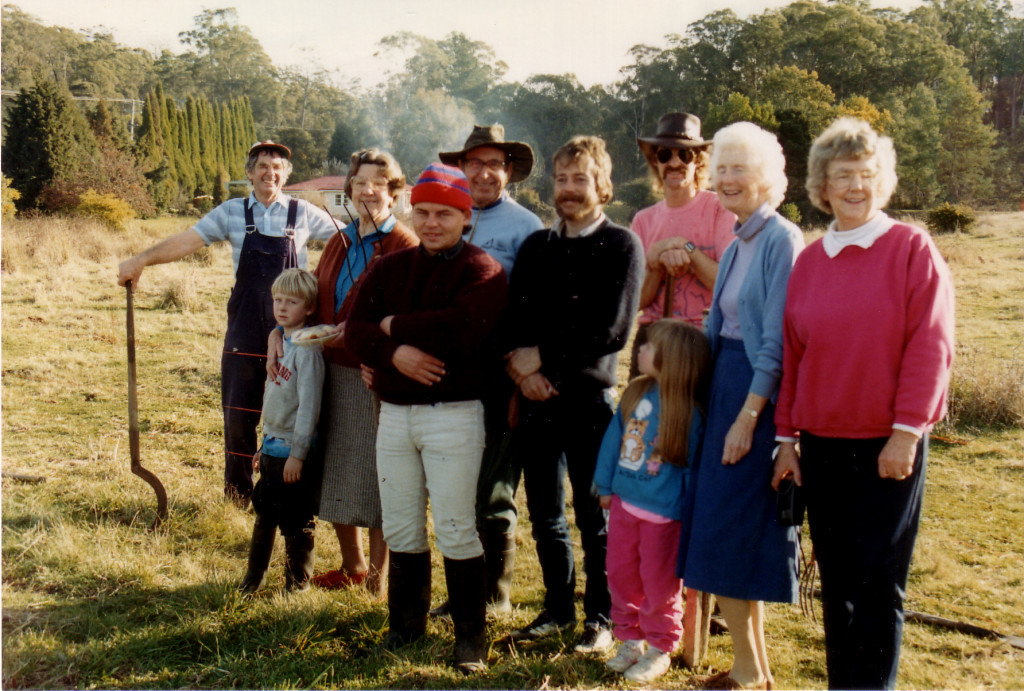 When we arrived in Legana in 1995, our church had 17 members and a handful of visitors and children. Legana was a town of 1,500 people and we were just one of four existing churches in the town. I was in my early 30s. The average age of our congregation was 65. The age difference caused some problems for many, but not nearly as many problems as where I had just come from! Our last church was in a city of 3 million people. We had people from many different nationalities in this Melbourne church of ours. And prior to this, I was the assistant pastor in another Melbourne church with around 400 members. This background of mine caused many of the 17 members to treat me with suspicion and dare I say it, coldness. 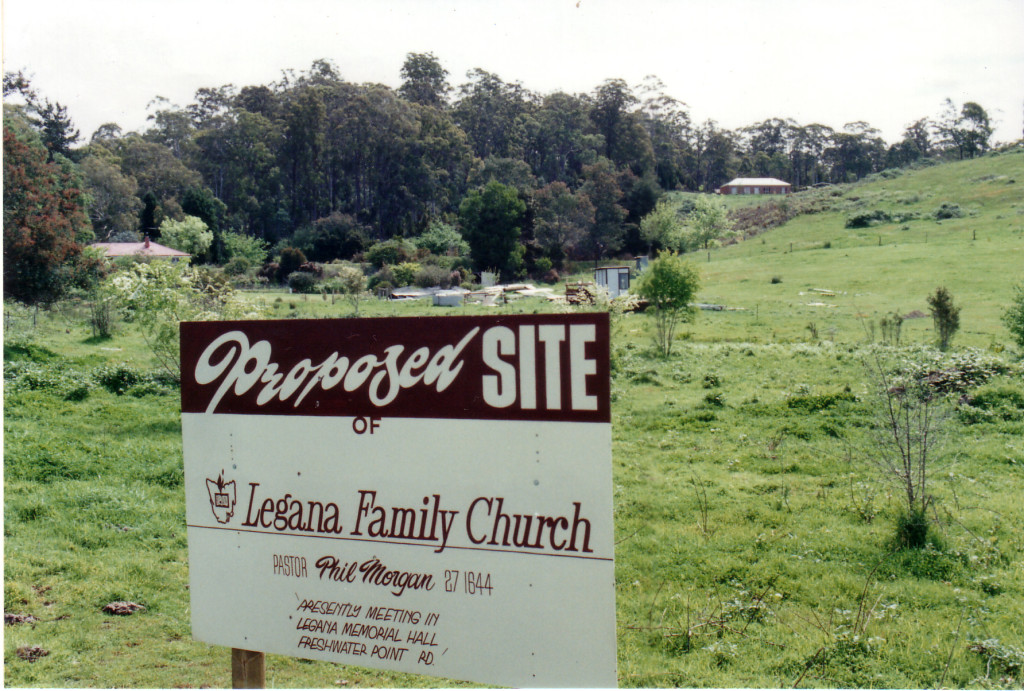 I did my best to win my new congregation over. I visited them in their homes, in their hospital wards, and even in their workplaces. All the while I talked on Sundays about the need for us as a church to reach out to those who did not know Christ. This confirmed the fears of some of the members that I didn’t really care about them but was only here to make a name for myself by building a church with outsiders. Many times in the first few years of my pastorate at Legana I was confronted with comments like, “You’ve been here a couple of years now, I guess you’re getting itchy feet to move on?” “Not at all”, I would respond, “God has called us here to sow our lives into this church.” No matter how hard I tried, people doubted that I really cared about them, our community, or even our town.

Pay careful attention to yourselves and to all the flock, in which the Holy Spirit has made you overseers, to care for the church of God, which he obtained with his own blood.
Acts 20:28

But then things changed. People’s attitudes changed. It happened after we had been here for 8 years. Someone actually said to me, “So you really are staying then!?” While all this happening, I was completing my doctoral studies which had trained me to be more rigorous in my writing and preaching. This involved learning how to research and to put an argument together. At this time, I encountered some visiting scholars from England who the Bible Society had brought to Tasmania. These two men rocked my world. For the first time in my life I saw a clear connection between how the political realm shaped a society to be either open and receptive to the Gospel and its claims, or, to be closed and resistant to it.

¶ First of all, then, I urge that supplications, prayers, intercessions, and thanksgivings be made for all people, for kings and all who are in high positions, that we may lead a peaceful and quiet life, godly and dignified in every way.
First Timothy 2:1-2 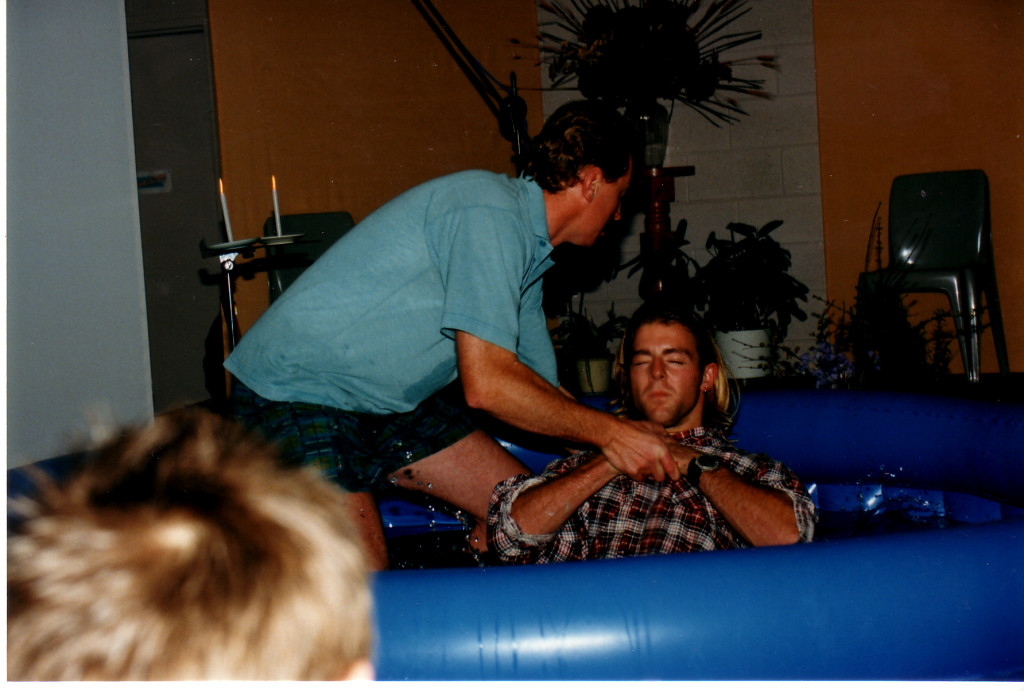 At this time, the then State Labor Government seemed to be seeking to deliberately undermine Christianity’s influence in our State. As a student of history, I knew that this was not the reason that the Labor Party had been founded, yet they were becoming increasingly influenced by a Neo-Marxist philosophy that promoted voluntary euthanasia, late-term aborting of unborn viable babies, and same-sex couple adoption rights. Having already been introduced to the profound work of William Wilberforce in the political sphere of Britain’s late-18th and early-19th century culture and the parallel benefit this had for the Gospel transforming millions of lives across England, I knew that it was time for the church of living God to step up and flex its muscles for the good of our society. Along with the help of several others, I was part of a group which successfully campaigned against the then State Government’s proposed changes to the Adoption laws, then its attempts to introduce voluntary euthanasia, and its proposed loosening of the Prostitution and Brothel laws. All the while this was happening we were seeing people join our church and come to Christ out of some of the very sectors of society these pieces of legislation were targetted at. 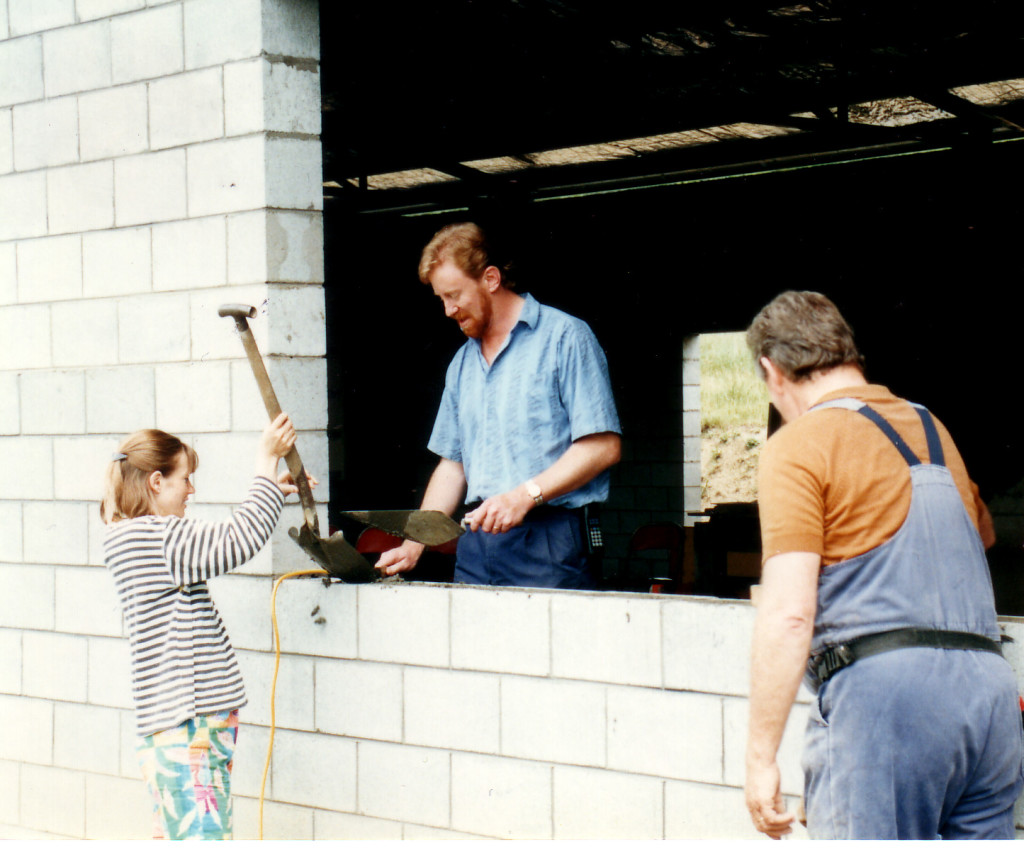 Then along came the proposed Pulp Mill. There was always something smelly about the proposed Pulp Mill. Environmentalists were up in arms about it. I had some environmental concerns, but my increasing concern was over the morality of it. I met with company representatives, politicians, and leaders from the environmentalist movements. I then wrote a paper outlining why I believed that the Proposed Pulp Mill on the Tamar River was fraught with ethical and even moral dangers. This drew a lot of attention. ABC TV sent a production crew from 4Corners down to film one of our church services and to interview me about my concerns. History now records that not only did that project not go ahead, the company proposing it eventually went bankrupt. Curiously, as a result of these public campaigns, people stopped wondering whether I cared or whether I was really committed to stay. 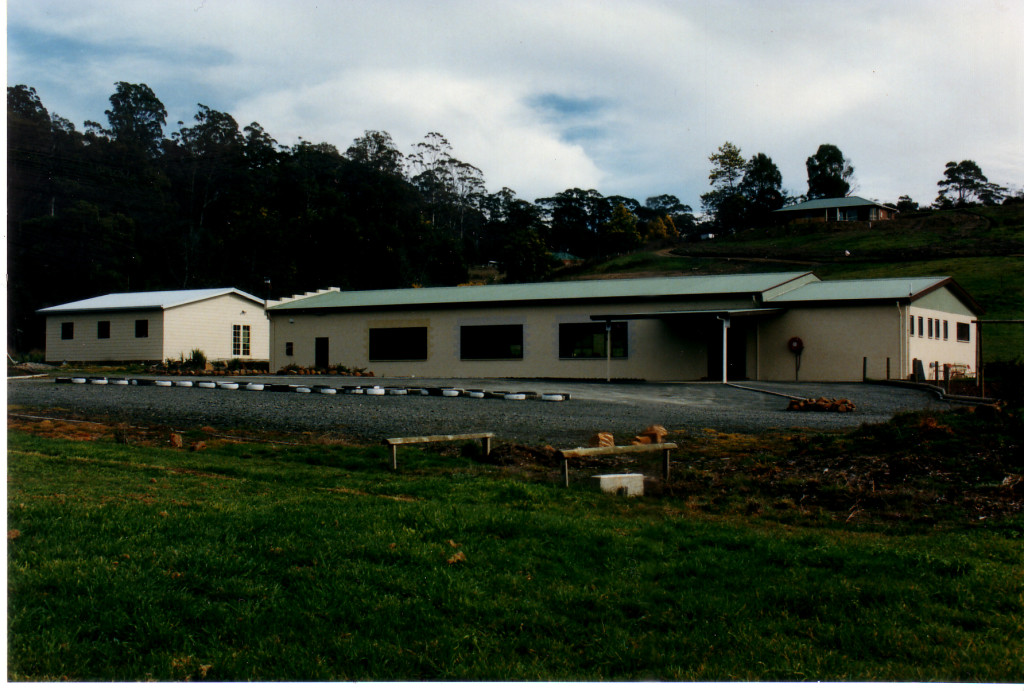 for I did not shrink from declaring to you the whole counsel of God.
Acts 20:27

THE NEED TO CARE BEYOND

¶ Let love be genuine. Abhor what is evil; hold fast to what is good. Love one another with brotherly affection. Outdo one another in showing honor.
Romans 12:9-10

It’s necessary for us to care for each other in our church family (Rom. 12:9-10). But not everyone believes this should be a priority for a church. Some people criticise churches that make loving one another a priority claiming that they end up becoming more of a club than a church. These critics claim that the church only exists to evangelise and when a local church focusses on caring for one another they are neglecting the Great Commission and are therefore being disobedient to Christ. I think these people need a hug! 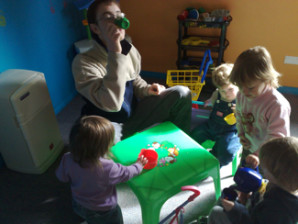 I am a father of four children and I can share that it is possible for a parent to love each of their children without having to divide up their love for each of them. Similarly, it is possible for us to love our brothers and sisters in our church family and have a heart to reach people we know who have not yet accepted God’s offer of eternal forgiveness for their sins. This means that the choice between loving your brothers and sisters in Christ, or, having a heart to reach out to people outside of Christ, is no choice at all. It is not ‘or’, it is ‘and’. In like manner, our love also extends to those in our society of whom there is no real expectation that they could ever join our church. And this leads me to explain the title of this article. Right now in our State we have people pushing an evil agenda which is one of the most insidiously uncaring agendas I have ever seen. These people want to have the State Government spend millions of your tax-dollars to eradicate unwanted children. The other week a small group of them, led by several female State Labor and Greens politicians, protested for the right to have their unwanted children surgically killed in the womb. We have several good politicians who are doing all they can to withstand this. They care. And I conclude this edition of my Pastor’s Desk with a plea for us to care as well. These caring politicians need public support. Our Premier in particular needs to be encouraged to join with these caring politicians and to have the confidence to stand for what is right and caring. This month, as we consider what caring can look like within and by the church, it is also worth considering that caring sometimes means doing what is right and involves writing letters – to Premiers and Newspaper Editors.