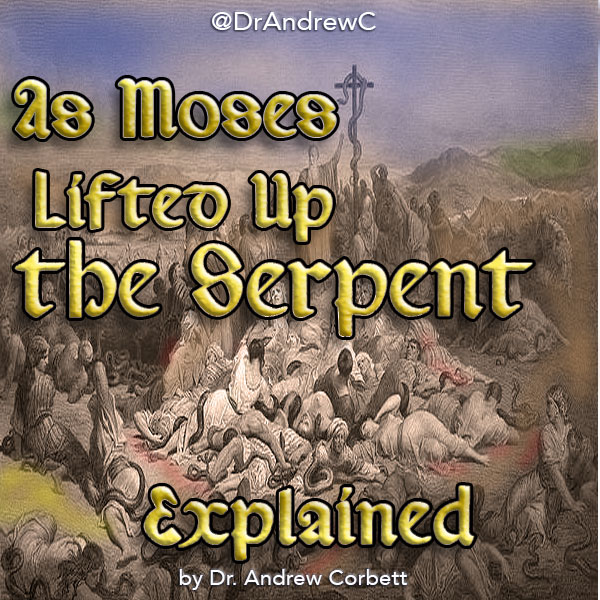 AS MOSES LIFTED UP THE SERPENT

It might seem an odd thing to write about just two days before Christmas, but the story of God plaguing the Israelites with poisonous snakes and then commanding Moses to construct a bronze serpent and attach it to a cross-beamed pole has baffled even the best minds for centuries. Some people have regarded this story as yet another reason for them to reject God and the Bible and consider both to be nonsense. An ever-so-slightly-less-cynical approach that some, who seem to really want both God and the Bible to be true, have taken is to regard the story as a fictional myth with mysterious allegorical meaning. I think this is how Dr. Jordan Peterson recently interpretted it in his discussion with Mr. John Anderson on their Youtube discussion last week. The high profile psychologist Dr. Peterson seems to have been on an interesting spiritual journey of late and he is obviously delving into the Bible and coming up with what appear to be some roadblocks to his complete acceptance of the claims of Christ largely due to these obscure passages in the Bible such as this account in Number 21. “No one has ever been able to explain it to me!” he told Mr. Anderson. I wish he had asked me, because if he had, this is what I would have explained to him.