How different would your life be if God was on your side in everything you did? Would you be permanently happy? Would you ever be sick? Would you be susceptible to dark thoughts? Would you be loved by all? What would a life with God on their side look like? We need not ponder this too long before we look at two clear examples in the Scriptures. Firstly, the young Jeremiah was called by God at one of the darkest times in his nation’s history and was given a dangerous and potentially deadly task. God revealed to him that he would be rejected and hated by his countrymen. But, despite this, and Jeremiah’s traumatic reaction to this divine mandate, God gave him a priceless promise of assurance:

Do not be afraid of them,
for I am with you to deliver you,
declares the LORD.”
Jeremiah 1:8

God’s charge and promise to Jeremiah would later help the young prophet to deal the enormous adversities he would later face (realistic expectations about life’s adversities is one of the best ways to maintain good mental health).

If you had to go through what Jeremiah went through, would you want God’s presence with you or not?

As we read through the Book of Jeremiah, we see that he experienced everything God said he would. But we also see that God sustained him and vindicated him. And as we read through the rest of Scripture we also realise that not everybody was called to do what Jeremiah was called to do, or to endure what Jeremiah had to endure. Perhaps at the end of Jeremiah’s long life he could say what F.W. Boreham would later say as he reflected back on his long life, “Often the things that we fear the most are the things that never happen!”

Sometimes when life gets tough, we blame God. Many people who go through adversity have a misplaced expectation that if God was with them then life would go smoothly. But how many of us look to God in dependent trust when everything in our lives is going well? When would you actually most appreciate hearing God promise you, “I will be with you!” — in good times or bad? Our first example of a life lived with God-on-our-side, Jeremiah, didn’t have this choice. God promised him that He would be with him. We might forgive Jeremiah if he thought that had meant that he would successful in everything he undertook for the Lord. After all, this is what David experienced when God promised to be with him –

And David had success in all his undertakings, for the LORD was with him.
First Samuel 18:14

But God’s presence doesn’t always mean our success (whatever ‘success’ means). In Jeremiah’s case, God’s presence was going to sustain him not just in the midst of his own personal trials (rejection, slander, and mistreatment), but also during a national series of crises including famine, pestilence, and military invasion! Despite his personal and national trials, God sustained Jeremiah with His presence. In fact, it appears that the Creator is so aware of how difficult it is for people to live in this fallen world that He offers His sustaining strength to those who would accept His offer of adoption. He does this, not because any of us deserve it, but because of His great and unconditional love for each one of us.

For you did not receive the spirit of slavery to fall back into fear, but you have received the Spirit of adoption as sons, by whom we cry, “Abba! Father!”…For the creation was subjected to futility, not willingly, but because of him who subjected it, in hope
Romans 8:15, 20

HIS NAME SHALL BE IMMANUEL – ‘GOD WITH US’ 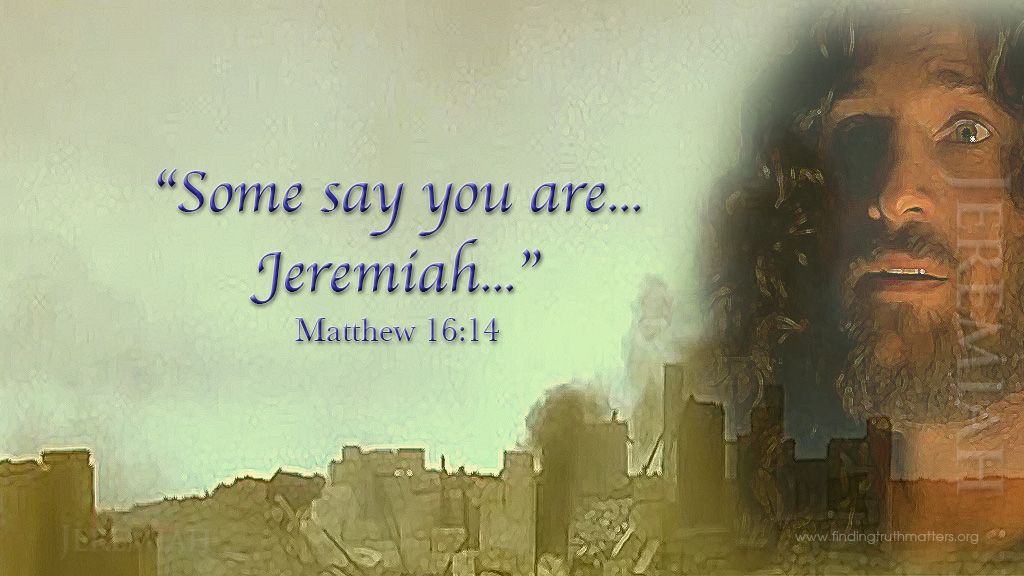 Our second example of a God-on-our-side-life is Jesus Christ. When Jesus walked the shores of Galilee, it was the time of the Roman occupation of Israel. This meant it was a time of oppression and fear — and therefore, great anxiety. This puts most of what Christ taught in a completely different light because He was teaching that all people could draw near to God and experience His presence in the midst of tremendous adversity. It was Christ’s assurance of God’s presence that grounded His announcements of His Father’s watchful care for each person. Christ reinforced that His Father created each person to be a child of God, and that their life was His sacred gift to them and came with the promise that He would care for, and be with, them –

Let us then with confidence draw near to the throne of grace, that we may receive mercy and find grace to help in time of need.
Hebrews 4:16