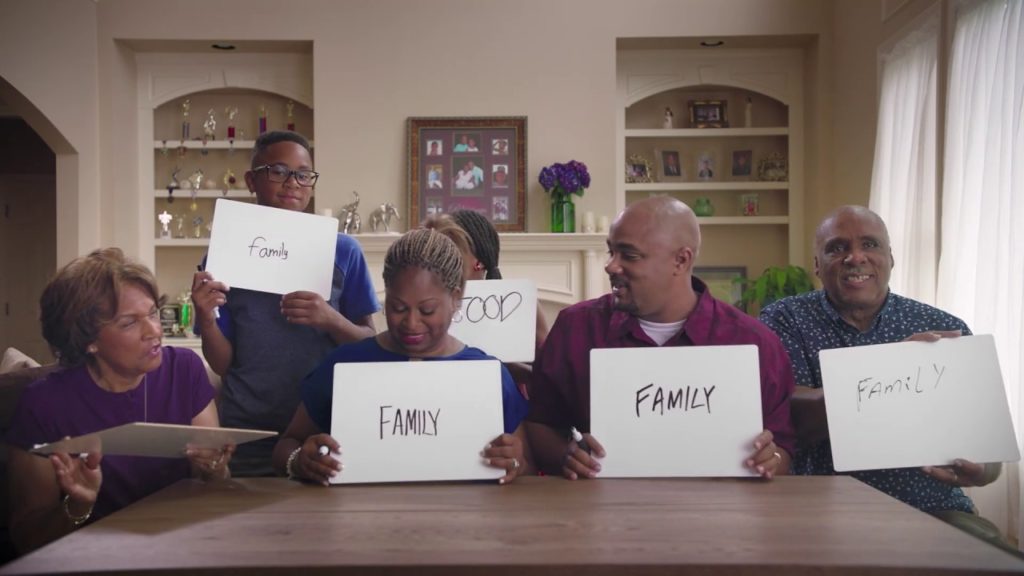 What’s one thing you can’t live without?

Something very unique in human history happened part-way through the twentieth century and it has had a devastating impact on local churches all around the world! The concept of ‘family’ went nuclear. A ‘nuclear’ family (dad, mum, and the kids, living in a house with a white picket fence) somehow became regarded as the family. What made this concept of the family so out-of-step with how nearly all cultures for time-immemorial have viewed what a ‘family’ was, is that this twentieth-century Western concept of family completely dismissed the role that grand-parents, aunts, uncles, cousins, and even great-grandparents have always played in the universal understanding of family. But there is one and very significant contributor to the concept of ‘family’ often neglected even by those who love their family!

But if a widow has children or grandchildren, let them first learn to show godliness to their own household and to make some return to their parents, for this is pleasing in the sight of God.
First Timothy 5:4

THE FAMILY-LANGUAGE OF THE BIBLE

Family is so intrinsic to God’s plan for you! It doesn’t matter if you are single, a single-parent, a widow/er, or even an orphan—God’s plan for you is family. You can’t read about God’s plan, the Bible, without realising that it is saturated with family language. God refers to Himself as Someone who is the Ultimate family member.

Pray then like this:
“Our Father in heaven,
hallowed be Your name.
Matthew 6:9

Not only does God refer to Himself as our Father, Jesus modelled to His followers to call Him Abba (“Daddy”).

And He said, “Abba, Father, all things are possible for you. Remove this cup from me. Yet not what I will, but what you will.”
Mark 14:36

WHY GOD’S CONCEPT OF FAMILY GOES BEYOND NUCLEAR

For those who have no family, Christianity is not just “good news”—it’s great news! For the fatherless or single-mother or widow, Christianity reveals that God is The family member they need most.

Father of the fatherless and protector of widows
is God in His holy habitation.
Psalm 68:5

Families were always meant to encompass more than just mum and dad and the kids. As I consider this, I realise that one of the disadvantages that Kim and I had in raising our four children was just how far removed they were from their grandparents, aunts, uncles, and cousins. Of course there were always the Christmas and significant birthday family gatherings. But even with these rare gatherings, we were still at a disadvantage. Perhaps this is why when Zoe moved to Melbourne to continue her university studies that she quickly connected with her extended family there. A few months ago, she was quite excited to meet one of my uncles and get somewhat acquainted with her second-cousins. These kind of family connections are invaluable for children because they help them to realise that they are connected to something bigger than themselves and that their concept of family needs to enlarged.

God’s concept of what family is meant to be has always gone way beyond just the nuclear concept. This was powerfully brought home to us when Kim and I became more acquainted with some Queensland friends we had had for a few years. Before they were senior pastors, and not long after they had got married, he was a youth pastor in a sizeable church. Even though they deeply wanted to start their own family, they discovered that it wasn’t to be. One day the senior pastor shared with them how the Department of Health and Human Services had to remove a young teenage girl from a dangerously dysfunctional home and had contacted the church for assistance. The senior pastor asked his youth pastor and his wife if they could help with accommodation for a few weeks for this young girl. Since it was only for a few weeks, they agreed. Little did they realise just how messed up this girl was. She was self-centred, rude, inconsiderate, angry, aggressive, and very defiant. It came to a head one night when she got dressed extremely inappropriately and announced that she was going out on the town.   What resulted was a turning moment in each of their lives. The youth pastor put his foot down and refused to let her go out. It led to a loud and scrappy confrontation. But the youth pastor stood his ground amidst the screaming and the tears. And at the end of the night, this troubled teen came to realise that there was at least one man on the planet who genuinely cared for her. He became the dad she had never had, and his wife became the mum she really needed. God truly does place the lonely in a home (Ps. 68:6). This young girl went onto to give her life to Christ, seek and receive the baptism in the Holy Spirit, and go on staff at the church where our friends are now the senior pastors. After she gave her life to Christ, she said to our friends, “I commit my life to serve you!” And she meant it. She ended getting married but told her future husband of her commitment to our pastor friends. He said, “Then so will I!” And on that basis, after they were married they both moved into the house where our friends live. Today, some twenty years later, our friends, who thought they would never have children—let alone grand-children—live in their home with this now mother and husband and their two children (who call them grandpa and grandma!).

¶ That’s plain enough, isn’t it? You’re no longer wandering exiles. This kingdom of faith is now your home country. You’re no longer strangers or outsiders. You belong here, with as much right to the name Christian as anyone. God is building a home. He’s using us all—irrespective of how we got here—in what He is building.
Ephesians 2:19 MSG

If a brother or sister is poorly clothed and lacking in daily food, and one of you says to them, “Go in peace, be warmed and filled,” without giving them the things needed for the body, what good is that?
James 2:15-16

While I said earlier that Kim and I were at a great disadvantage in raising our four children (because they were so far removed from regular contact with their grandparents and uncles and aunties) we have been more than compensated for this loss by belonging to a strong church family. Each of our children have been the beneficiaries of belonging to a local church family where they have had a community of older folk to interact with. But this benefit has had an ongoing beneficial effect on our children. When each of them have got to that age where they could leave home and live independently, they have immediately sought out a local church community to belong to, because they have a counter-cultural understanding of family.

I heard the story of a youth pastor who struggled to get the children from one particular family to come to youth group. He was deeply impressed with how mature these particular youths were and thought they would make a great contribution to the youth group. He also became puzzled that this family was frequently absent from Sunday worship. When the youth pastor visited their parents, he noticed how incredibly beautiful and tidy their house was. He felt a little intimidated. His own children were less well behaved and organised than these children. As he spoke with the parents and shared his concerns about their irregularity in Sunday worship they responded by saying that they believed it necessary to take time away from church to have “family time” together. The youth pastor thought to himself that perhaps this couple were onto something. He mentally compared his own children with theirs. His children were often loud and boisterous, at times — even unruly — and his home was more often bedlam than this near perfect picture of serenity. The youth pastor left feeling as if these parents were near perfect Christian parents with near perfect children! But what he didn’t know then, but came to realise later, was these parents were unintentionally doing a tremendous dis-service to their children. A few years later when each of these near-perfect children left home to attend College, each of them stopped going to church altogether and ceased identifying as Christians. The youth pastor marvelled at this and felt deeply deeply saddened by it. As it turned out, when his own children grew up and went to College, they immediately connected with a local church (as did nearly all of their friends in that church’s youth group) and became a part of that church family. It seems that these near perfect parents had fallen victim to the narrow and wrong (but all too common among some Christian parents) idea that their nuclear family was the only ‘family’ they and their children needed.

THE LOCAL CHURCH AS A FAMILY 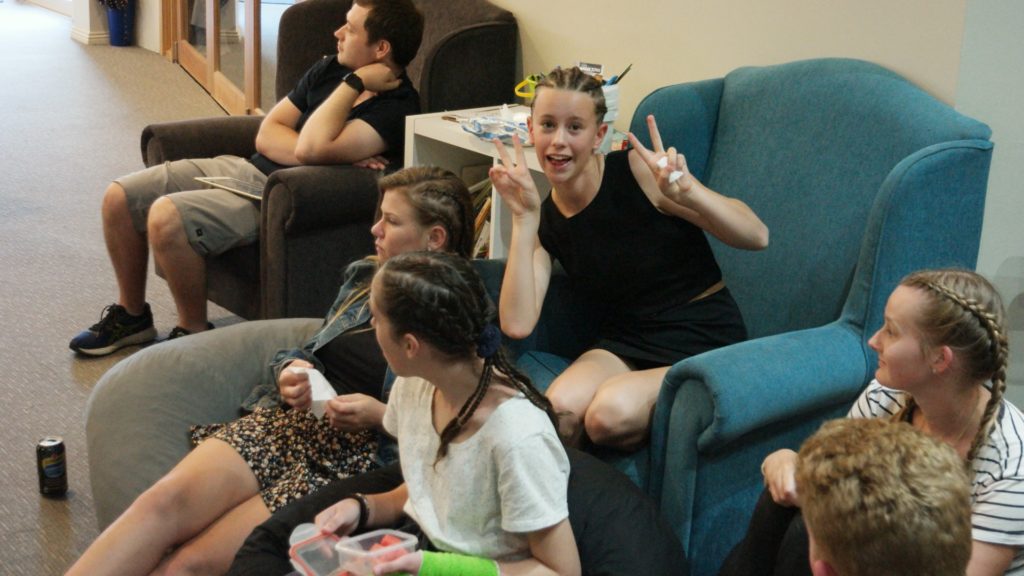 ¶ Do not rebuke an older man but encourage him as you would a father, younger men as brothers, older women as mothers, younger women as sisters, in all purity. ¶ Honor widows who are truly widows.
First Timothy 5:1-3

When Christians fail to recognise their local church as part of the family that God has placed them in, they miss out — and their church misses out too. With the increasing breakdown of families in our society and the blatant and blithering self-delusional denial by some parents who trick themselves into thinking that their children are not impacted by it, the local church can, should, and will, be the only stable family they ever experience throughout their childhood. But it won’t just be such children who will benefit from this fuller revelation of what family means. We will see those who have gone through the pain of divorce, abandonment, neglect, estrangement, or domestic abuse, also find a solace among their church as their family. Sometimes though, even believers committed to their local church fail to be thankful for how God has connected them into their church family. And perhaps it was this thought that prompted Paul’s great epistle on the church as a family, Colossians, to write-

¶ Put on then, as God’s chosen ones, holy and beloved, compassionate hearts, kindness, humility, meekness, and patience, bearing with one another and, if one has a complaint against another, forgiving each other; as the Lord has forgiven you, so you also must forgive. And above all these put on love, which binds everything together in perfect harmony. And let the peace of Christ rule in your hearts, to which indeed you were called in one body. And be thankful.
Colossians 3:12-15