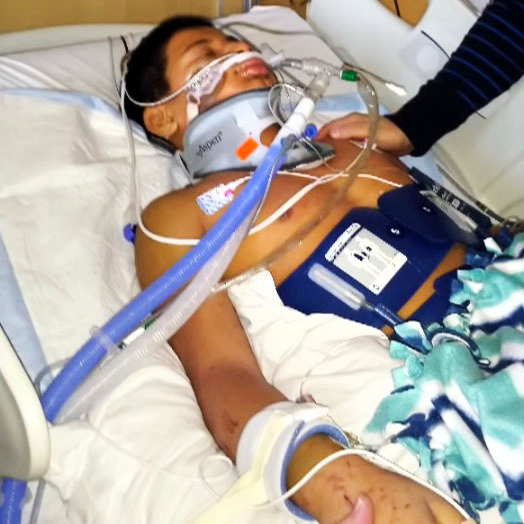 In the Devon Franklin movie, “Breakthrough”, Joyce Smith never doubts that her drowned son would not only come back to life, but—and despite what the doctors all told her—would be completely healed from the brain and lung damage caused by the drowning. It might be easy to assume that it was ‘her faith’ that made her son whole again. I can understand how some might see that. But in the movie itself, which is based on a true story, we see a tender moment where Brian (Joyce’s husband) challenges her hyper-faith notion that she was solely responsible for saving the life of her son. But, it would also be too easy to dismiss the vital role that faith played in this amazing story. 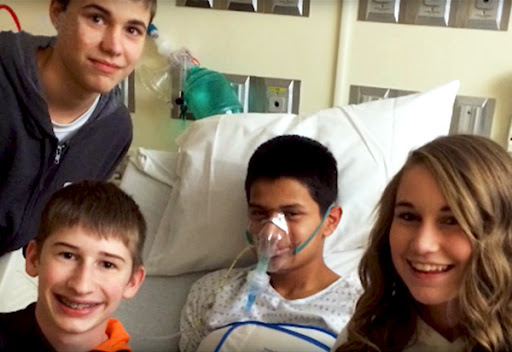 What happened to the 14-year old John Smith in January 2015 was miraculous in the truest sense of the word. We often describe the birth of a baby as ‘miraculous’ or when it doesn’t rain on a wedding in winter as ‘miraculous’ when in fact it would be more accurate to describe such events as blessings. A miracle, by definition, is something that could not happen by natural and and ordinary means. In the case of young John Smith, he had already been pronounced as dead by hospital medical staff after 45 minutes of showing no vital signs of life. By the time his mother arrived at the hospital and laid her hands on her son and prayed for “the Spirit of Life to enter him” there was no natural hope of his resuscitation. Doctors told her that there was little chance that his internal organs and particularly his brain had not been irreparably damaged. Thus, when John awoke from his induced coma two days later, and was in near-perfect health, the consulting medical specialist took Joyce aside and told her “This is a miracle.” And he was literally correct.

¶ And God was doing extraordinary miracles by the hands of Paul
Acts 19:11

There is another aspect to miracles as well apart from something that could not happen by natural and and ordinary means – and it is actually at the heart of the true definition of a ‘miracle’. A miracle is an extraordinary intervention by God—an act of His grace. This is why there can be no formula to receiving a miracle from God. That’s why our actions — including prayer, fasting, religious devotion can never be the reason that God would give us a miracle (otherwise it would not be grace it would be works).

Does He who supplies the Spirit to you and works miracles among you do so by works of the law, or by hearing with faith?
Galatians 3:5

THE CONNECTION OF FAITH TO MIRACLES 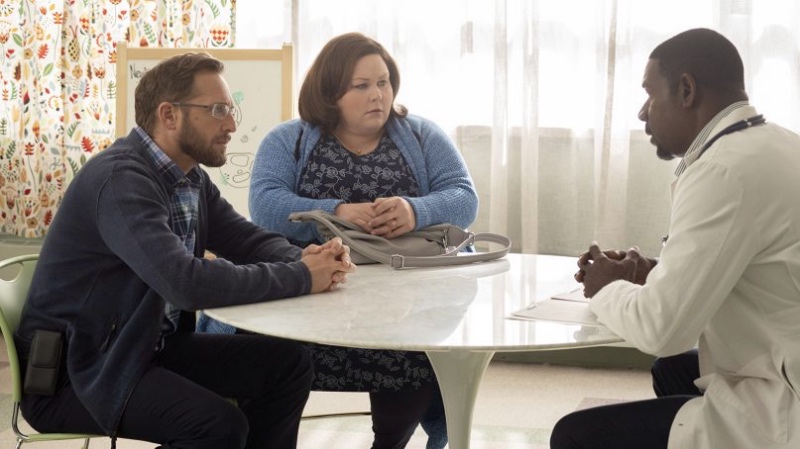 Word of Faith preachers, such Kenneth Copeland and Joyce Meyer, often describe ‘faith’ as a force or power to be harnessed. Some even go so far as to say that this is how God Himself created the universe and continues to perform miracles. But this is completely contrary to the Scriptures. God did not need to harness any external ‘force’ or ‘power’ to do anything. Everything God did and does is because He is omnipotent (all powerful) not because He has learned to harness the power of faith! But there is a connection between faith and miracles that we see in the Gospels.

Jesus turned, and seeing her He said, “Take heart, daughter; your faith has made you well.” And instantly the woman was made well.
Matthew 9:22 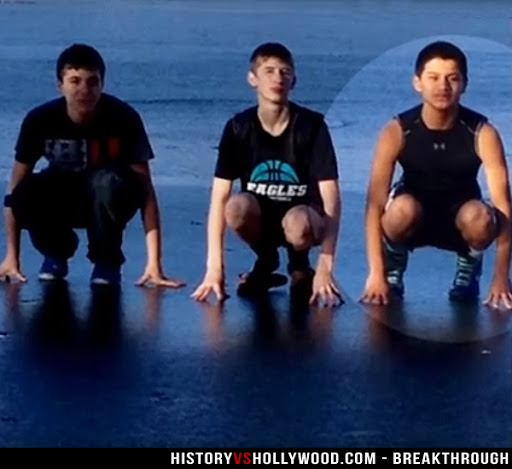 Despite what Benny Hinn and Marilyn Hickey and other “Word of Faith” teachers proclaim, faith is not a force which causes God to perform whatever we demand. And neither is faith akin to ‘wishful thinking’ or some kind of ‘blind faith’. Biblical faith is trusting God and His Word. Miracles in the Bible are nearly always in response to someone praying. It takes faith to ask God to do the impossible. The story is told of one of Alexander the Great’s generals coming to him with a request to help him pay for his daughter’s wedding. Alexander allegedly asked him how much he needed. The general gave him a note with the requested amount on it. Alexander looked at it then gave it to his treasurer with the command “Get it for him!” After the money was given to the general, the treasurer approached Alexander and asked “Why on earth did you give him such a vast sum of money?” Alexander told him, “I was flattered that He thought that I had that much money to spare!” I don’t know if this story has any truth to it, but it does serve to illustrate the message that a request sends to the one asked. When we ask God for our requests in prayer, we are expressing faith in God.

And whatever you ask in prayer, you will receive, if you have faith.”
Matthew 21:22

WHEN FAITH IS NEEDED MOST

When life gets difficult — really difficult — and the only way out is an impossible miracle, that’s when you need faith the most. Not faith for a miracle — but faith that trusts God in those times when He seems absent and everything seems bleak.

¶ Shadrach, Meshach, and Abednego answered and said to the king, “O Nebuchadnezzar, we have no need to answer you in this matter. If this be so, our God whom we serve is able to deliver us from the burning fiery furnace, and he will deliver us out of your hand, O king. But if not, be it known to you, O king, that we will not serve your gods or worship the golden image that you have set up.”
Daniel 3:16-18

Real faith asks God for a miracle and trusts Him in the midst of need. This is why each Sunday (in that part of our service when we invite people to receive prayer), we are often called upon to pray for people who need a miracle. In instances where it is a medical issue, we nearly always ask God to heal by miracle or by medicine. Both requests are expressions of faith (trust) in God. 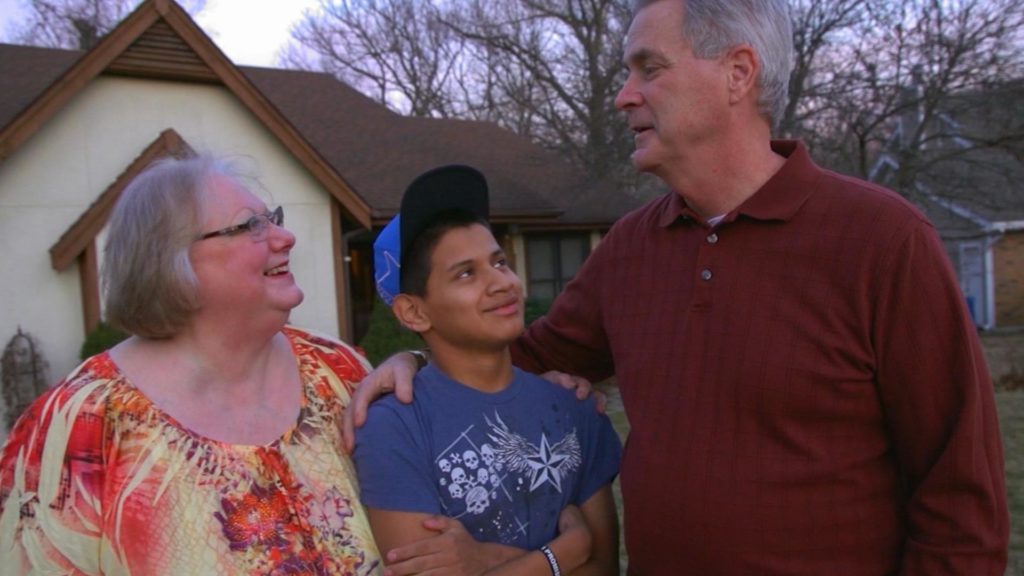 The miracle of John Smith’s return to life and his full recovery, as told in the movie Breakthrough, is the account of a genuine modern-day miracle. A few years ago, Dr. Craig Keener, a theologian, was writing a commentary on The Book of Acts. He wanted to add a brief footnote on “miracles” as recorded in Acts with a modern example demonstrating that God still did miracles today. His quest led him to look for examples of modern-days miracles. What was going to be a footnote in his commentary ended up being a two volume tome called “Miracles” in which he documents several thousand verifiable miracles from around the world which have happened in recent times! Perhaps inspired by this, Lee Strobel wrote a similar book and predictably called it, The Case For Miracles, where he too documented several hundred verifiable miracles from people that he interviewed.

We rejoice for miracle that God gave to John Smith of St. Louis, Missouri. We rejoice with those documented in Professor Craig Keener’s research. We rejoice with those that Lee Strobel interviewed who also received a miracle from God. All of these miracles are an act of God’s grace. But real ‘breakthrough’ faith is the kind of faith while asking God for a miracle, continues to trust and worship Him anyway.