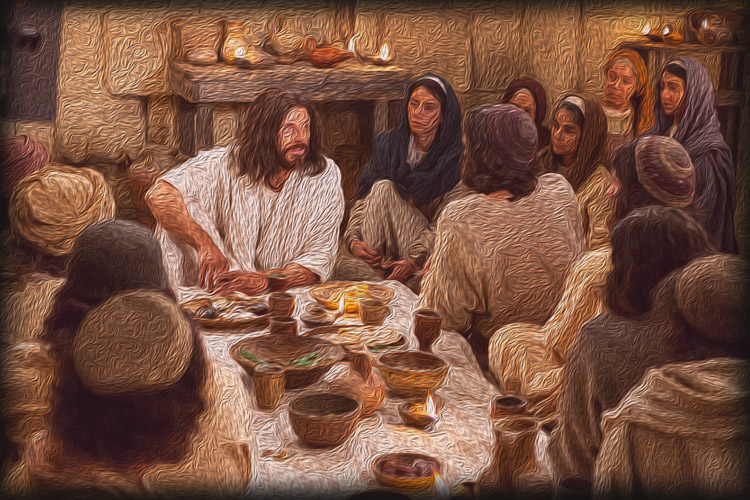 ​Whenever someone asked Jesus where where He lived, He gave two answers. One of the answers referred to foxes and birds, and the other was an invitation to come and find out.

And Jesus said to him, “Foxes have holes, and birds of the air have nests, but the Son of Man has nowhere to lay His head.”
Matthew 8:20

Jesus turned and saw them following and said to them, “What are you seeking?” And they said to him, “Rabbi” (which means Teacher), “where are you staying?” He said to them, “Come and you will see.” So they came and saw where he was staying, and they stayed with him that day, for it was about the tenth hour.
John 1:38-39

After Jesus left His family home in Nazareth, it seems that for most of His public ministry, He had no fixed address. Even though He began His public ministry while living in Nazareth, the dear folk of home-town didn’t like His first sermon there and tried to throw Jesus over a cliff (Luke 4:16-28)! Understandably, Jesus decided to leave Nazareth and relocate a bit south to Capernaum.

And leaving Nazareth He went and lived in Capernaum by the sea, in the territory of Zebulun and Naphtali
Matthew 4:13

Presumably in Nazareth He lived in his small family cottage, but where did Jesus live when He relocated to Capernaum? Quite possibly, He may have camped on the beach there (sleeping in the open was relatively common in those days). If you had been a resident of Capernaum, would you have opened your home to Jesus and His 12 followers? We read in the Gospel accounts that there were people who showed Jesus and His disciples some hospitality. But what did hospitality look like in the first century AD?

Last Sunday night we heard from Pastor Tony that sojourners lived among the Hebrews. A sojourner was a temporary resident. God was very clear in His Law to the Israelites about how He expected them to treat sojourners.

¶ “You shall not oppress a sojourner. You know the heart of a sojourner, for you were sojourners in the land of Egypt.
Exodus 23:9

Hospitality was not just a legal requirement for the Hebrews, it was seen as a privilege for an Israelite to host a visitor or sojourner. It was unthinkable for a Hebrew to refuse hospitality to someone in need.

This passage, Leviticus 19, is where Jesus drew the ‘second greatest commandment’ from when He cited, “You shall love your neighbour as yourself” (Lev. 19:18) which goes on to state how the Hebrews were to show hospitality to a visitor. Thus, hospitality to a Jew meant: (i) providing protection for their guests; (ii) providing meals for their guests; (iii) making their guests comfortable with clean adequate shelter and rest facilities; and, (iv) a place to wash. Thus, people’s homes were centres of hospitality. For a Jew to truly welcome a guest into their home meant showing them this kind of hospitality.

HOW JESUS UPPED THE STANDARDS OF HOSPITALITY 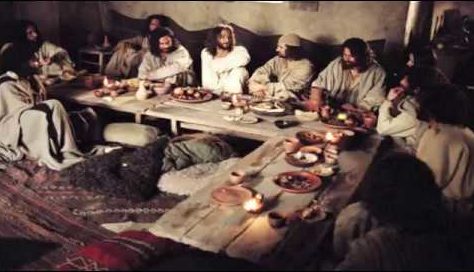 Over time, the principle behind God’s command to the Israelites to show hospitality to sojourners and strangers became distorted. Hospitality became politicised. Rather than, as it was always intended to be, an act of kindness—it became a transaction. Jesus called this out when He taught-

¶ He said also to the man who had invited him, “When you give a dinner or a banquet, do not invite your friends or your brothers or your relatives or rich neighbors, lest they also invite you in return and you be repaid. But when you give a feast, invite the poor, the crippled, the lame, the blind, and you will be blessed, because they cannot repay you. For you will be repaid at the resurrection of the just.”
Luke 14:12-14

Showing hospitality was not meant to be done with a hidden motive. The only acceptable motive was kindness. Christ saw His Father’s invitation to enter into His Kingdom as the greatest act of hospitality ever in the history of the universe. Yet, He scolded those who were arrogantly rejecting it because they didn’t see what was in it for them! He told the proud religious leaders of that day this parable of the King who invited his guests to come to a banquet he was hosting.

The king was angry, and he sent his troops and destroyed those murderers and burned their city. Then he said to his servants, ‘The wedding feast is ready, but those invited were not worthy. Go therefore to the main roads and invite to the wedding feast as many as you find.’ And those servants went out into the roads and gathered all whom they found, both bad and good. So the wedding hall was filled with guests.
Matthew 22:7-10 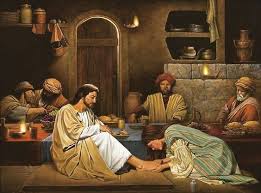 But perhaps the starkest condemnation of what hospitality had become in the days leading up to the redemption of all mankind was when Jesus was invited to the Pharisee’s house for dinner. We must ask ourselves why would a pharisee invite Jesus to a dinner party? This Pharisee’s motive is somewhat revealed when a woman entered into the dinner and began to weep over and kiss Christ’s feet.

Now when the Pharisee who had invited him saw this, he said to himself, “If this man were a prophet, he would have known who and what sort of woman this is who is touching him, for she is a sinner.”
Luke 7:39

Perhaps Simon the Pharisee should have thought, “If this man were a prophet He would know exactly what I’m thinking now!” because without saying a word to Jesus, Jesus responded to what he was thinking as if He had heard hi speak out loud. And what Jesus said to this Pharisee was one of the most loving rebukes you’ll ever read in Scripture-

Then turning toward the woman He said to Simon, “Do you see this woman? I entered your house; you gave Me no water for my feet, but she has wet My feet with her tears and wiped them with her hair. You gave Me no kiss, but from the time I came in she has not ceased to kiss My feet. You did not anoint My head with oil, but she has anointed My feet with ointment.
Luke 7:44-46

We now live in a culture where a ‘home’ is a status symbol. But based on what Christ taught, a home is a centre for hospitality. Hospitality is what the members of a household experience from each other and then, in turn, express to others. Home is where people belong and can feel safe, secure, provided for, and loved. This is the essence of hospitality which Jesus identified with the second greatest commandment. Therefore our hospitality encompasses kindness toward those who are less fortunate to us. It involves courtesy, kindness, and generosity. It is my hope that each Sunday we can welcome people with hospitality and that each of our homes become centres of hospitality. By showing such kindness to others we are reminded of two interesting Scriptures with which I leave you-

¶ Let brotherly love continue. Do not neglect to show hospitality to strangers, for thereby some have entertained angels unawares.
Hebrews 13:1-2

Then the King will say to those on his right, ‘Come, you who are blessed by my Father, inherit the kingdom prepared for you from the foundation of the world. For I was hungry and you gave me food, I was thirsty and you gave me drink, I was a stranger and you welcomed me, I was naked and you clothed me, I was sick and you visited me, I was in prison and you came to me.’ Then the righteous will answer him, saying, ‘Lord, when did we see you hungry and feed you, or thirsty and give you drink? And when did we see you a stranger and welcome you, or naked and clothe you? And when did we see you sick or in prison and visit you?’ And the King will answer them, ‘Truly, I say to you, as you did it to one of the least of these my brothers, you did it to me.’
Matthew 25:34-40