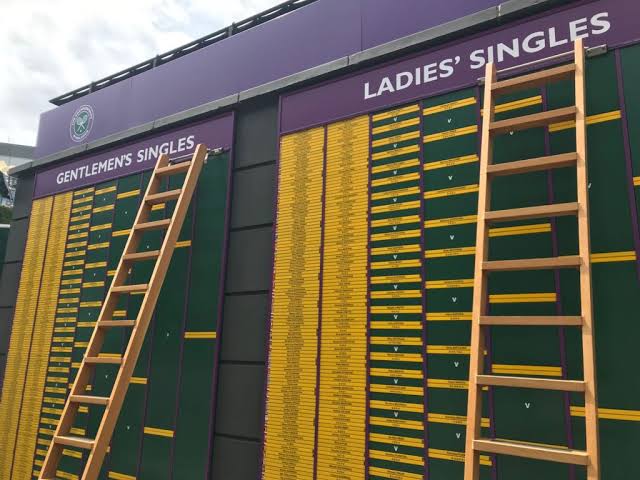 I love tennis. I’ve been to Wimbledon several times. While I think there are many reasons why the Australian Open is the best run of any of the 4 Majors, Wimbledon is still my favourite. Each of the Majors are quite different, but the differences between the US Tennis Open and The Championships (Wimbledon) are stark.

Firstly, the demeanour of the crowds. It’s common for gentlemen spectators attending The Championships to come wearing suits and ties, and ladies to attend in elegant summer frocks. The English crowds are relatively reserved and offer polite claps in appreciation of the players’ efforts. The New York crowds to the US Open are often rowdy and frequently asked to be silent by the umpire. Secondly the way the players are addressed. At the US Open, the players compete in the Men’s or Women’s tournament draws. At The Championships, the players enter the Ladies or Gentlemen tournament draws. I wonder how many realise the significant difference the two sets of designations? My wonderment is partly fuelled by the alarming rate of “suicides of despair” (a term which has recently been coined to describe the trend of suicide particularly among young men, and increasingly, now, among young women, who have expressed their despair at living a pointless life). My contribution to solving this crises is not unique or original. It involves giving young men and women a vision worthy of giving their entire lives to. It the vision of being a lady or a gentleman. 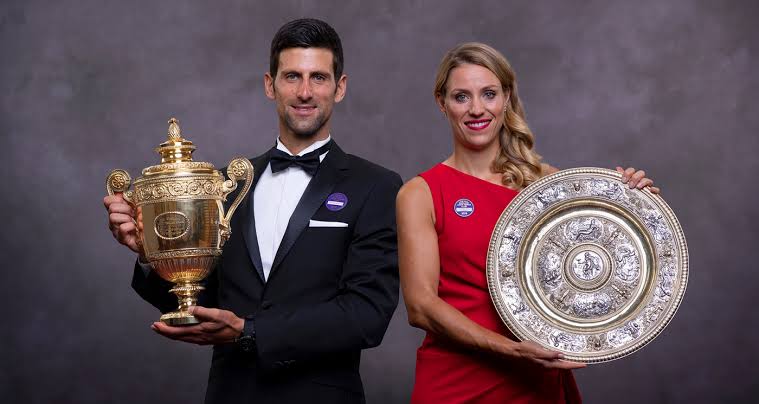 LADIES AND GENTLEMEN, THIS IS THE SECOND MOST COMMON QUESTION YOU WILL BE ASKED THROUGHOUT YOUR LIFE… 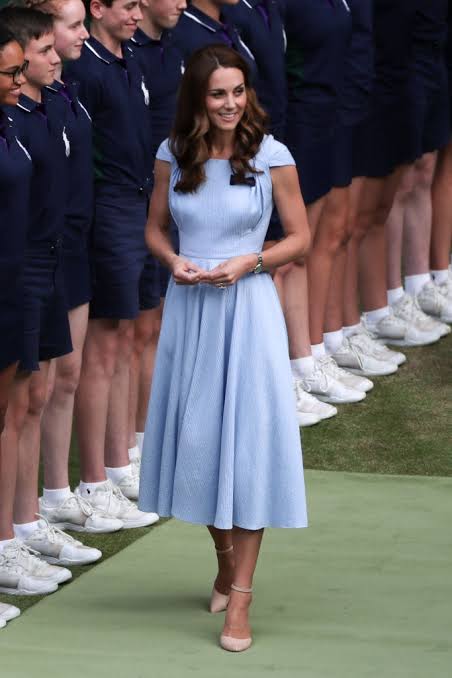 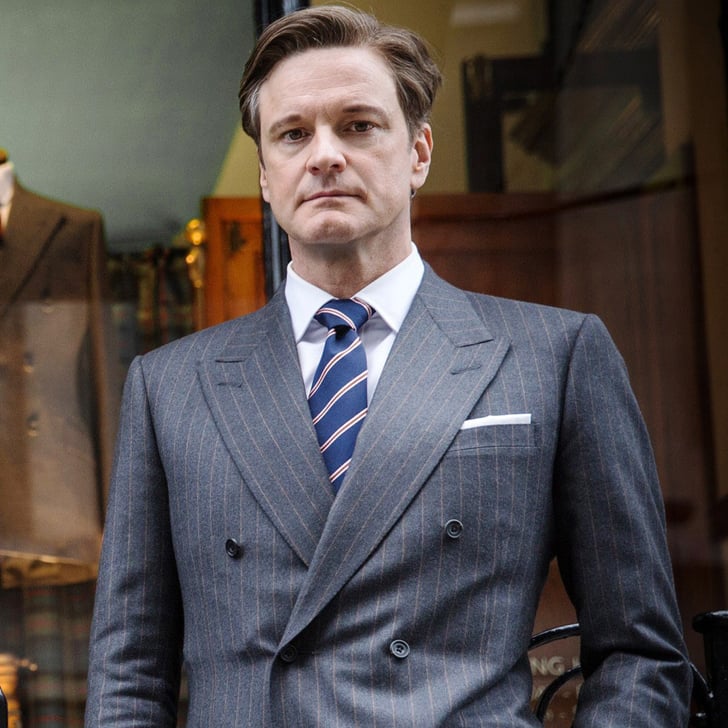 When we think of a “gentleman” we tend to think of how they present themselves – a Saville Row tailored (forgive the tautology) wool suit; a cuff-linked tailored shirt; a Windsor knotted silk tie with matching pocket square; an Italian leather belt and matching black dress shoes; and a Swiss-made Roamer analogue wrist watch. We presume that such a man drives a leather-appointed late-model European car, has an apartment in the city and a weekend retreat on acreage in the country, and only flies at the front passenger section on a commercial plane when his private jet is being serviced. 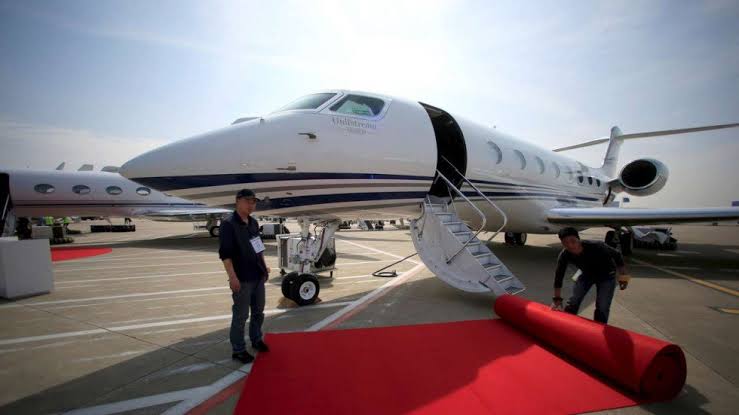 Our global village has a problem. We have an epidemic of despair-suicides. And alarmingly in some parts of the world this tragedy is preceded by unbelievable acts of mass violence largely committed by young men who then took their own lives. Below is a graphic of the (mass) shootings in America in 2017 alone (according to GunViolence.org) [each red dot represents the site of a shooting in 2017]. “America has been rocked by 46,695 shooting incidents so far this year [2017]. Of those, 11,686 resulted in death, and 23,717 were injured, according to figures from Gun Violence Archive. More than 540 of those injured or killed this year were children, and 2,439 were teenagers” (The Metro, Associated Newspapers Limited). 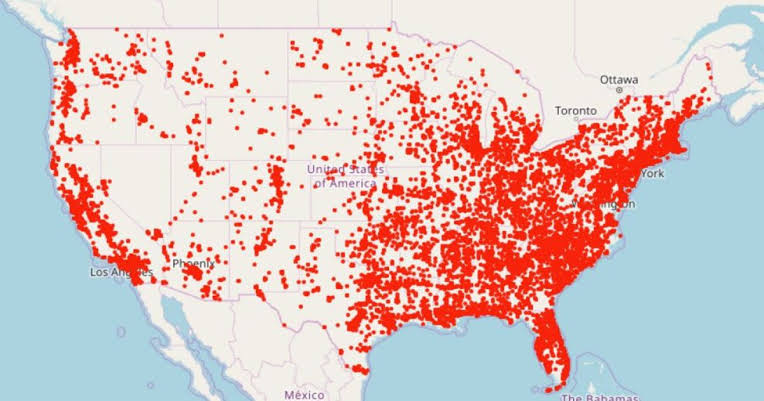 The term ‘despair suicide’ (also referred to as “death by despair”) was coined to describe how many of these young people are feeling about lifeÆs purpose – or more particularly, life’s lack of purpose. It’s difficult to blame them for feeling this way when those they are supposed to look up to continually them that life is meaningless — we are just an accident of random unguided atoms which a long time ago clashed and eventually coalesced to form human beings — this life is all there is — when you die you’re dead because there is no after-life and you have no soul (that’s just silly unscientific superstition). This cultural narrative is a grand lie. Yet, rather than call-out this devilish deception, politicians play a blame-game by pointing the finger at violent video games, graphic and gratuitous movies, and a lack of better mental-health care. (It is more probable that these things are symptoms of despair rather than its cause.)

With such a serious problem—a problem that closely touches us here in Tasmania—it may sound odd that I am suggesting that a significant contribution to its solution is a fresh vision of what a lady and a gentleman really is, and, is worth committing your entire life toward achieving. 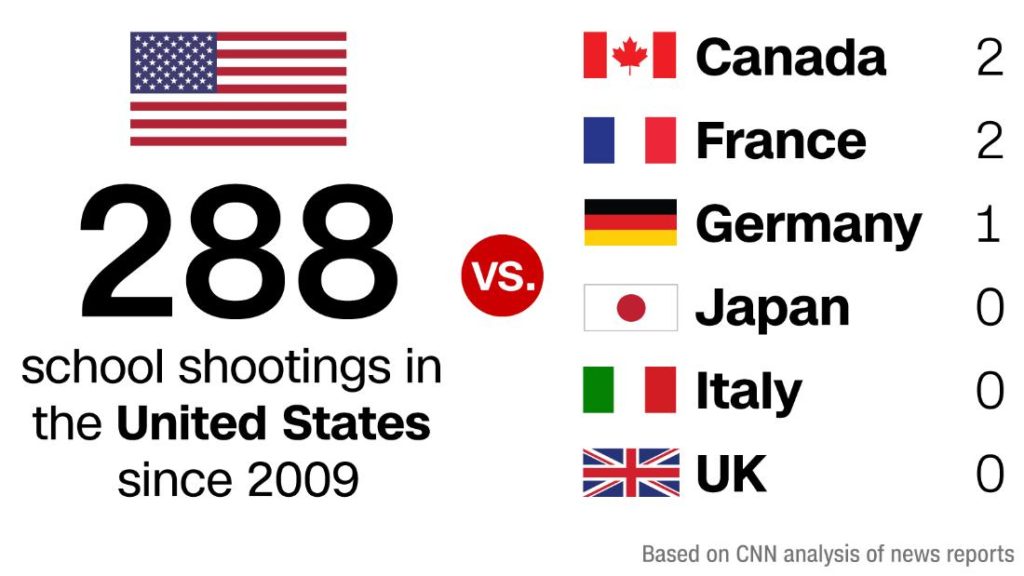 THE REAL DEFINITION OF A LADY AND A GENTLEMAN

An upper-class English magazine, A Country Life, recently ran an article on what makes a ‘gentleman’. Their list of 31 qualities of a gentleman included such things as “Can build a model of an English manor out of Lego® blocks”! This is nonsense. The definition of a lady and a gentleman comes at a time when culture creating a perfect-storm of greater despair for the coming generation with its nonsense that there is no such thing as “a man” or “a woman”. At a time when such similar nonsense was raging over the channel in France, as the French tore themselves apart over what became known as the French Revolution, the Irish Philosopher and English Parliamentarian, Edmund Burke, wrote, “This European world of ours, depended for ages upon two principles; and were indeed the result of both combined: I mean the spirit of a gentleman, and the spirit of religion” (Source).

1. Virtue – a commitment to excellence in character

For this very reason, make every effort to supplement your faith with virtue, and virtue with knowledge
First Peter 1:5

2. Consideration – a commitment to consider and respect others

¶ We who are strong have an obligation to bear with the failings of the weak, and not to please ourselves.
Romans 15:1

And we urge you, brothers, admonish the idle, encourage the fainthearted, help the weak, be patient with them all.
First Thessalonians 5:14

3. Self-sacrificing Service – a commitment to contribute to, serve, protect, and help their community, especially the vulnerable

And he will place the sheep on his right, but the goats on the left. Then the King will say to those on his right, ‘Come, you who are blessed by my Father, inherit the kingdom prepared for you from the foundation of the world. For I was hungry and you gave me food, I was thirsty and you gave me drink, I was a stranger and you welcomed me, I was naked and you clothed me, I was sick and you visited me, I was in prison and you came to me.’ Then the righteous will answer him, saying, ‘Lord, when did we see you hungry and feed you, or thirsty and give you drink? And when did we see you a stranger and welcome you, or naked and clothe you? And when did we see you sick or in prison and visit you?’ And the King will answer them, ‘Truly, I say to you, as you did it to one of the least of these my brothers, you did it to me.’
Matthew 25:33-40

4. A godly moral code – a commitment to an unchangeable objective set of moral standards

Let marriage be held in honor among all, and let the marriage bed be undefiled, for God will judge the sexually immoral and adulterous. Keep your life free from love of money, and be content with what you have, for He has said, “I will never leave you nor forsake you.”
Hebrews 13:4-5

Therefore, a lady is a virtuous, considerate, helpful, godly woman.

Therefore, a gentleman is a virtuous, considerate, helpful, godly man.

THE CHALLENGE FOR PARENTS IN RAISING LADIES AND GENTLEMEN

Any parent who seeks to raise their daughters to become young ladies, and their sons to become young gentlemen, has a real uphill battle of a challenge! We live in a culture of cognitive dissonance (holding at two ideas which are completely contradictory as both equally true) which makes raising ladies and gentlemen really difficult. Firstly, there is culture’s absurd idea that there is no longer any such thing as gender intrinsically linked to one’s biological sex. Then there is the push for gender equality in the workplace where campaigners point out that there is still a huge pay gap between men and women! (Notice how these two ideas are contradictory?) Secondly, there is the “#ME_TOO” movement where women who have been sexually abused by ‘powerful’ men are speaking up about their abuse and calling out these evil predators. But in the midst of this movement getting traction in the media and the courts, Hugh Hefner, the founder of Playboy magazine, died, and was hailed as a champion of the “liberation of women”. (I hope the contradiction in cultural values is immediately apparent!) Added to this is the message that pornography sends to men — especially young men — about how to treat a woman! Pray for young parents—especially single mums with sons!! 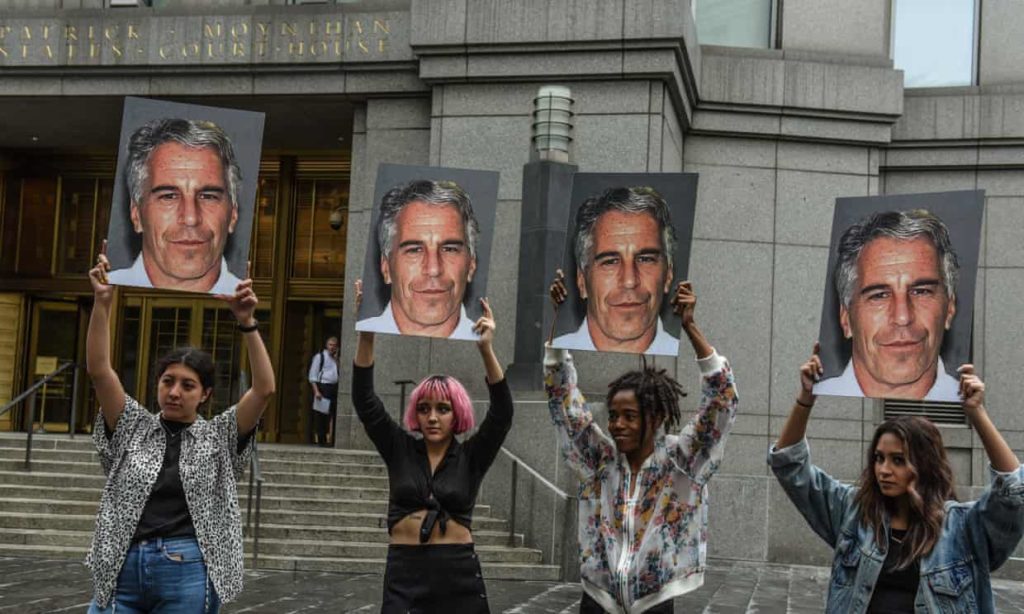 A protest group hold up signs of Jeffrey Epstein in front of the federal courthouse on 8 July 2019 in New York City. Photograph: Stephanie Keith/Getty Images

This cognitive dissonance was highlighted again for me last Sunday night after our evening church service when I came home from church and made my dinner and then watched 60Minutes which featured the story of sex trafficker and rampant abuser, Jeffrey Epstein. What he did to over a thousand vulnerable girls and young women was deplorable. But either during the ad-breaks, or shortly after, channel 9 featured their station promo for “Love Island Australia”! I spoke to a representative of channel 9 over the phone yesterday about this and I made the point that I would be stunned if next week’s mailbag didn’t highlight this cognitive dissonance (at Home Group last night I suggested that Peter Harvey might even come back from the dead to read this mail! #humour). 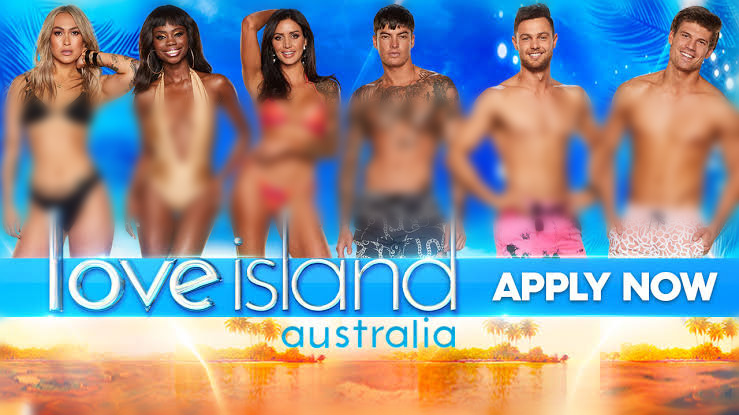 The confusion for young would-be ladies and gentlemen runs deep and is vigorously promoted by Hollywood with female super-heroes who act like men, and inept dopey men who portrayed as cowards. This is why we need a grand—not a quaint—vision of what a lady and a gentleman actually looks like.

The fourth attribute of a true lady or gentleman is godliness. Godliness means live life by following Jesus’ way of seeing, treating, and caring for others as you continually seek God’s presence in your own life. And when we consider the first three traits of a lady or a gentleman, there is no greater example of virtue (moral excellence), consideration (compassion for others), self-sacrificing service, and moral purity, than God in the flesh—Jesus Christ. Every time we ‘sacrifice’ to meet together with each other on a Sunday, we are sending a powerful message of the importance of having our lives shaped by Jesus and His Word to this generation of young people. These two institutions working in harmony together—the family, and, the local church—are the only ones truly committed at providing the authentic solution to how we are going to help foster a generation of ladies and gentlemen where young men treat young ladies with respect and dignity and young ladies see their value in who God says they are rather than who Pinterest says they should be!

I write to you, fathers, because you know him who is from the beginning. I write to you, young men, because you are strong, and the word of God abides in you, and you have overcome the evil one. ¶ Do not love the world or the things in the world. If anyone loves the world, the love of the Father is not in him. For all that is in the world—the desires of the flesh and the desires of the eyes and pride of life—is not from the Father but is from the world. And the world is passing away along with its desires, but whoever does the will of God abides forever.
First John 2:14-17