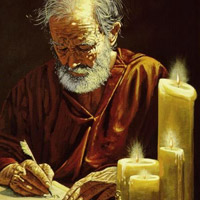 When Paul arrived in Thessalonica (northern Greece) he went straight to the local synagogue and “reasoned with them from the Scriptures” each Sabbath for three weeks (Acts 17:2). The result was staggering. Many of the Jews whom he reasoned with were persuaded to convert to Christianity. This tells us that being religious is not what brings reconciliation with God after all (God is not a Universalist). In between the Sabbaths he shared with the local Greeks, and, “a great many of the devout Greeks and not a few of the leading women” were also converted to Christianity (Acts 17:4). Being a good pagan is not grounds for automatic entrance into God’s eternal kingdom either (God is not an Inclusivist). In fact, so many people converted to Christianity in the three weeks that Paul was there, that the existing religious authorities felt so threatened that they instigated a riot to have Paul and some of these converts expelled from their city (Acts 17:5-8). But what is even more remarkable is that in those three weeks Paul established the Thessalonian church! This fledgeling congregation of new Christians had taken their first steps into the light of God’s salvation for them. But, there was something lacking that even the greatest apostle couldn’t give them in the three short weeks he had with them, and perhaps it’s missing in your life as well. 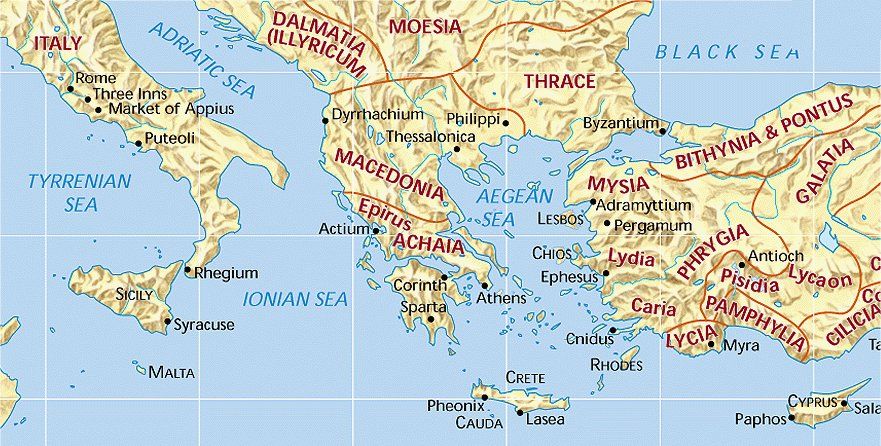 For what thanksgiving can we return to God for you, for all the joy that we feel for your sake before our God, as we pray most earnestly night and day that we may see you face to face and supply what is lacking in your faith?
First Thessalonians 3:9-10

WHY FACE TO FACE IS IMPORTANT

I wonder why the apostle Paul thought it necessary to see the Thessalonians again “face to face” to supply what was lacking their faith? Couldn’t he have just written to them with a step by step guide for completing their faith in Christ? It seems that God has ordained that certain spiritual qualities necessary for establishing a believer’s “heart as blameless in holiness” (1Thess. 3:12) can only be imparted face to face.

If you’ve ever been misunderstood over some digital communication you’ve had with another person, you might appreciate why God has ordained that authentic spiritual growth can only happen face to face. How often have you responded with a text message, or an instant message, and someone has completely misread what you intended? This is why we encourage people to not use email or text messaging to communicate something important. It also explains why God has ordained the preaching of His Word face to face as the primary focus of our weekly worship together.

DELICATE MATTERS NEED TO BE DEALT WITH IN PERSON

But Paul does layout some of the things that he needed to address with the Thessalonians. You might wonder, why didn’t he do it when he was with them? He may have reasonably thought that he could have – but then the riots broke out and he had to flee immediately. He tells us in chapter 2 of First Thessalonians that he had begun to address the lifestyles of these Thessalonians.

For you know how, like a father with his children, we exhorted each one of you and encouraged you and charged you to walk in a manner worthy of God, who calls you into his own kingdom and glory.
First Thessalonians 2:11-12

But why did he only begin to deal with their lifestyles? Why didn’t he use his authority as an apostle and just tell them to behave like mature Christians? This might be a lesson we have to learn too. Paul describes his nurture of these brand new Christians – recent converts who worshipped the pantheon of Greek mythological gods – as being “like a nursing mother taking care of her own children.” (1Thess.2:7) In other words, he was being patient with them as the Holy Spirit convicted them of what needed to be repented of, and reforming their identities as ambassadors of the sinless Christ. Nevertheless though, we see in his brief epistle to them, a kind of table of contents for what he felt was still lacking and needed to be addressed with them – face to face. First Thessalonians 4:3-7 gives us a fairly detailed clue into what the apostle Paul felt was a vitally missing aspect to the faith in Christ. I wonder how many people today – how many people who identify as Christians – also see what the apostle Paul saw as an indispensable aspect of spiritual growth?

The morality of first century Roman citizens was quite different to what is prescribed in the New Testament. This is why the sexual ethics of the Gospel was such a shock to first century Gentiles. This understanding would go a long way to explaining why Paul was ‘frying the big fish first’ with the Thessalonians – the nature of the True God, the Person/Ministry/Work of Christ, the Person and Power of the Holy Spirit, the gifts of the Spirit, the resurrection of the dead at the return of Christ, eternal judgment, the Kingdom of God – before dealing with the implications of this Gospel: pure-love and holiness.

For this is the will of God, your sanctification: that you abstain from sexual immorality;
First Thessalonians 4:3

Sanctification has two aspects. Firstly, in the legal sense – God’s perspective – it has already happened in the life of the authentically born-again follower of Christ. Secondly, it has a here-and-now aspect – our perspective – where it is our growth as child of God and follower of Christ. It is this second aspect that Paul is deeply concerned about for the Thessalonians. You can tell when someone is undergoing the sanctifying work of the Holy Spirit. They change. The way they speak changes. Their conscience becomes re-awakened. The heart for others is enlarged. They feel guilty more readily over secret and hidden sins, like pride. They increasingly delight in spiritual disciplines such as Bible reading, prayer with others, fellowship with their church family, giving to the work of the Lord, fasting, sharing their faith in Christ with others, being corrected, serving humbly. But before this sanctification process could advance, the Thessalonians needed to repent of their sexual impurity (‘immorality’).

There can be no mistaking what Paul meant by sexual immorality. It’s listed in the six categories of sexual sin found in Leviticus 18 and repeated throughout the New Testament. This is why no-one questioned Jesus about what He meant by sexual immorality when He stated that it would eternally defile a person (if not repented of, refer to 1Cor. 6:10-11) in Matthew 15:19!

that each one of you know how to control his own body in holiness and honor, not in the passion of lust like the Gentiles who do not know God; that no one transgress and wrong his brother in this matter, because the Lord is an avenger in all these things, as we told you beforehand and solemnly warned you. For God has not called us for impurity, but in holiness.
First Thessalonians 4:4-7

If this is what Paul was prepared to write to the Thessalonians, one wonders what he intended to say to them face-to-face! While some Christians pull a verse or two out of First Thessalonians to pad their favourite end-times theory, perhaps they’ve missed the big picture of what Paul actually said to these fledgeling believers about the need to grow up into Christ by not giving in to the passions that seek to control our minds and even bodies? The way he went about this is also a challenge for us who serve as leaders within a local church. He was patient with new believers – even when they continued in their sinful lifestyle for a time. And within his closing remarks he urges the mature believers among them to be patient, encourage the fainthearted, help the weak, be patient with them all (1Thess. 5:14). So what is lacking in your faith and sanctification? May Paul’s benediction be ours as well.

¶ Now may the God of peace himself sanctify you completely, and may your whole spirit and soul and body be kept blameless at the coming of our Lord Jesus Christ. He who calls you is faithful; he will surely do it.
First Thessalonians 5:23-24