YOU HAVE HEARD THAT IT WAS SAID

THE HISTORY OF REFRESH

Kim and I arrived in Tasmania in 1995. We arrived unknown, uninvited and for many – unwanted. Having recently resigned from our church in Melbourne after sensing God’s calling us to finish up there, we arrived here a little uncertain of what our future held for us, except that we knew God had called us here. Within a week of arriving I was invited to become the pastor of Legana Assembly of God and was appointed in September. This was a church of 17 members with around 40 in attendance on an average Sunday. So when most of the congregation advised me that they weren’t going to be around for the coming Easter, because they were going to their ‘shacks’, I was facing the pastoral nightmare of having no-one turn up for what is the most important event on the Christian calendar and one of the two most likely dates on the church calendar when non-Christians are most likely to accept an invitation to attend church. This is why I devised a counter-Easter program to attract an appropriate crowd to honour Christ. This counter-Easter initiative became our annual Easter Refresh Convention.

Commit your work to the LORD,
and your plans will be established.
Proverbs 16:3

THE PRE-CURSER TO REFRESH 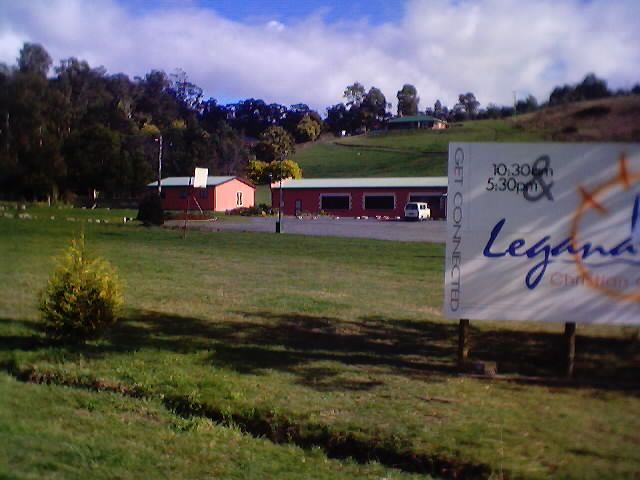 Easter 1996 was held in our own building. We had no electricity, no carpet, no toilets, no water, and no car-park. It would be another 4 months after this event, on Saturday August 31st, when we would actually open our building. We borrowed electricity from a neighbour. We hired in some portable toilets. Our first Easter guest speaker was someone named, Maddog. We had 750 people attend over the course of 5 days. Each year since then, we have fought hard to keep Easter in its rightful place in the Christian and Cultural calendar. Our guest speakers have included Mike Berry from Annapolis, Deputy Prime Minister John Anderson, Stand To Reason’s Greg Koukl, former Superintendent of the Assemblies of God, Andrew Evans, Reasons To Believe’s Kenneth Samples, Dr. Fazale Rana, and Dr Hugh Ross. 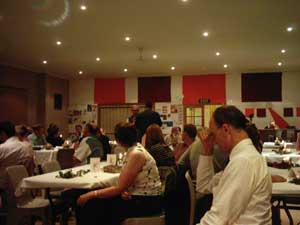 Every Easter we have strived to bolster the faith of believers by helping thinkers to believe and believers to think. We have reached out to those who might never have any interaction with Christians any other time year apart from attending our Easter Refresh meetings. On one occasion this involved six of the twelve Tasmanian senators, members of the state and federal parliaments, and local mayors. Over the years we held these meetings as dinners at York Park and breakfasts at the Tailrace Centre. Our Good Friday evening outreaches were, for three years, held in the Albert Hall, with around 990 attending the Hugh Ross meeting. 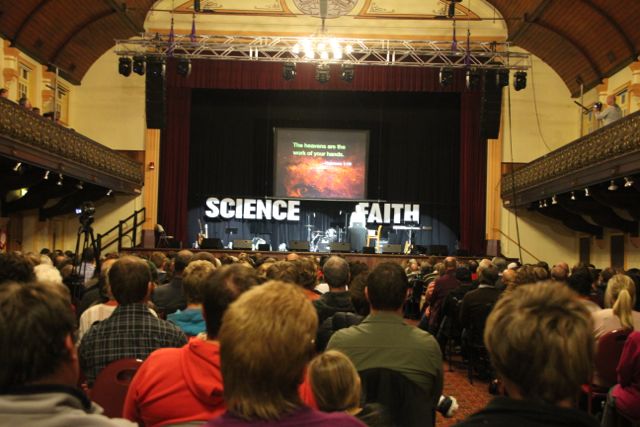 One of the reasons I have strongly urged our church family to give the Easter long-weekend to God rather than simply treating it as an opportunity to go camping is that when we come together as the church to commemorate the passion, death, and resurrection of Christ together we provide the world with a collective and attractive witness. Despite the rampant secularisation of society, the world still expects Christians to treat the Easter season as sacred occasion for the Church gather. Just as when we gather together over Easter it amplifies our witness, when we don’t, it potentially injures it. Little wonder then, that a few years ago, one of the most secular of our State politicians, when discussing the place of Easter, declared in Parliament that “Christianity was no longer relevant”. In a personal conversation with our State Governor, Prof. Kate Warner, I made mention of our new church auditorium. She expressed surprise that a church could be growing in this day and age. (I often meet this kind of response from secular political leaders who each make it clear that they consider Christianity to be irrelevant to our State as was made abundantly evident in the recent proceedings in our Legislative Council!)

if I delay, you may know how one ought to behave in the household of God, which is the church of the living God, a pillar and buttress of the truth.
First Timothy 3:15 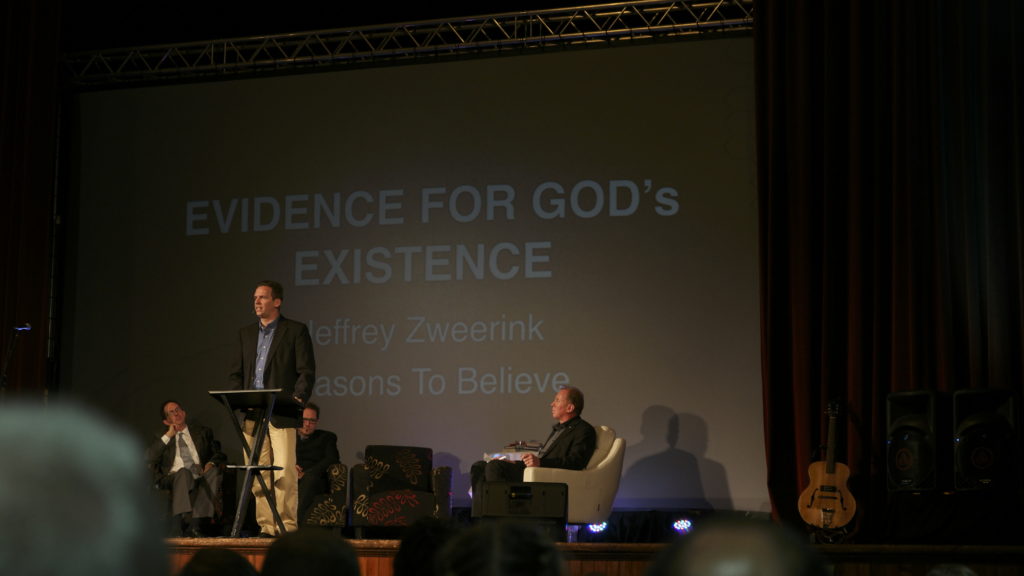 And Jesus answered them, “Go and tell John what you hear and see: the blind receive their sight and the lame walk, lepers are cleansed and the deaf hear, and the dead are raised up, and the poor have good news preached to them. And blessed is the one who is not offended by Me.”
Matthew 11:4-6

Our first few Easters were largely evangelistic. Evangelism does two powerful things. It articulates the Christian message to those who have never heard it before in a way that helps them to see their need for a Saviour from the eternal peril that awaits them and their immediate brokenness that currently afflicts them and to see that Jesus the Christ is that Saviour and the Healer for their soul. Secondly, it reminds believers of that which we all too readily forget: the gospel. We need to be reminded that Christ came, ministered, died, and rose from the dead, to redeem people and make the way for people to enter in the bliss of having their sins forgiven, their orphaned lives adopted by the King of kings, their brokenness healed, and their paradisical eternities secured.

Whenever the church lapses into apathy about its responsibility to evangelise the wayward, or uphold the Lordship of Christ in every arena of society, God raises up prophetic ministries to heal this breach. This is why, for a number of years, we had guest speakers who were prophetic. For those of us who were in attendance at the Easter Dinner where several politicians had our visiting American prophetic ministry prophesy over them, to then witness over the coming months the fulfilment of those prophecies (one of them even published a book in which he referred to how significant this moment was in his life) it will be very hard to forget what we heard and saw. There remains one outstanding prophecy to be fulfilled from that night. The prophetic ministry at these Easter Refresh meetings achieved the goal of strengthening the faith of believers and bolstering our confidence in the God Who Speaks.

But sometimes, before evangelism can begin to be effective, the obstacles to surrendering to the Saviour need to be removed. This seems to be one of the points in Christ’s parable of the sower. In 2010, our guest speaker, Kenneth Samples, was from Reasons To Believe. He showed the compatibility between faith in Christ and logical thinking. Two years later, we host Dr. Fazale Rana, also from RTB. Then in 2014, we hosted Dr. Hugh Ross. As a result of Dr. Ross’s visit, many thinkers came to faith in Christ over the ensuing months. Two years after this, we hosted our third RTB speaker, Dr. Jeff Zweerink, an astrophysicist who presented scientifically credible reasons for faith in the God of the Bible.

I hope by now you can see that over the past 23 years or so, the annual Refresh Easter Convention has set about to refresh believers’ confidence in the God of the Bible and to refresh people’s understanding of what it means to be a Christian. This past Refresh convention also sought to respond to the urgent challenge that Christianity is facing in the public square and to address those who have only ever had Christianity misrepresented to them. It featured two speakers, and here’s what they said.

APOLOGETICS IS NOT SAYING SORRY

At our Annual Influencers’ Breakfast, where a hundred guests gathered, including political leaders, business people, and community leaders, we heard one of our keynote speakers share why Christianity was unique and how the teaching of Jesus Christ differed markedly from that of Islam’s founder, Muhammad. For example: 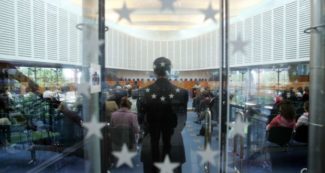 We heard that today there are people who have spoken out against the inconsistencies, factual errors, and human rights abuses of Islam based on the example and teaching of Muhammad, and have since been convicted in the European Court of Human Rights for defamation for doing so. For example, an Austrian woman, Elisabeth Sabaditsch-Wolff was found guilty of human rights violations and fined $600 after stating in a private seminar that the founder of Islam, when in his 50s, married Aisha, a 6 year old girl at the time, which he then consummated three years later, had committed, what is considered today, to be a serious crime by Western standards.

At our Maundy Thursday dinner, we heard from both our speakers as I interviewed them. Samuel Green told us that shortly after his conversion to Christ, while a university chemistry student in Sydney, he encountered Muslims who were particularly opposed to Christianity. In reading the Qur’an he discovered why. Samuel went on to learn Arabic and study Islam and has for the past few years been debating and challenging Muslims about the claims of Islam in very public settings. He shared why this was so important since Muslims have a misrepresentation of Christianity, and Christians generally do not know what Muslims believe or how different Biblical Christianity is from Islam.

For I delivered to you as of first importance what I also received: that Christ died for our sins in accordance with the Scriptures,
First Corinthians 15:3

On Good Friday, Samuel shared “Jesus, Islam, and The Gospel” showing how the teaching of Jesus offered the means for the forgiveness of sins and salvation with God, and how this differed markedly from Islam. In our Good Friday evening service, Samuel demonstrated that, unlike what Islam taught, Jesus Christ clearly claimed to be God, the co-equal and co-eternal, divine Son of God. In between our Refresh meetings we had a team of children’s workers reaching out to hundreds of children and families in City Park.

On Easter Sunday we heard that resurrection of the Christ demonstrated Jesus’ claim to divinity and that on the day of Pentecost recorded in Acts 2, Peter announced that the death, burial and resurrection of Jesus was prophesied in the Old Testament as the only means salvation for mankind. Our Easter convention culminated with our keynote speaker sharing stories of how many muslims around the world have been coming to know Jesus Christ as their Lord and Saviour. What was particularly pleasing, and something which most who attended were unaware of, was that there were a number of Muslims present in our first service who returned in our evening service and were very attentive to what was shared.

If I haven’t done so already, I want to thank everyone who worked so hard to make this Easter so successful. Many many people worked tirelessly to make everything happen. Some of them were noticed but most weren’t. I especially want to thank each one who did give their Easter to God and helped our church to be an attractive witness this Easter. Your faithfulness deeply touched me. Thank you. Long after I’ve gone I hope that our church will still bear a bright witness each Easter which will puzzle political leaders and cause them to wonder. And I hope that the seed which we have been sowing over these past 23 years will bear much fruit by a future generation of Christ followers.