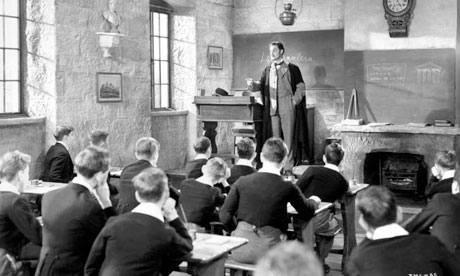 We live in an age when many people confuse education for schooling. One involves learning. The other includes passing exams. The latter is a system. The former is a process. Sometimes the pressure of schooling takes a crushing toll and I am going to argue for a re-think of how we as a society go about educating so that this toll on those in this system can begin to be diminished and we help to produce people who know how to think not just what to think.

Let the wise hear and increase in learning,
and the one who understands obtain guidance,
Proverbs 1:5

For those of us who are well into our adult years, I have a question for you. How much of what you were taught in either elementary (Primary) school or even High School do you remember? Chances are, for many of us, not much. Even though it’s been more than 40 years since I was in Primary school, my recollections tend to be clearer about the people rather than the chalkboard. I remember Mrs Wallace. She was left handed. She was my grade 4, 5, and 6 teacher. She had perfect handwriting. She impressed upon me the importance of neat handwriting. Apart from that, I can’t recollect any particular thing that she taught me – except that, she really cared about her students. Not everyone at Corio Primary School was so fortunate. It was a rough neighbourhood and, as a sad reflection of this, several of my school chums didn’t make it through to the end of teenage years. I can understand why for some children their school experience is more about surviving than being educated. 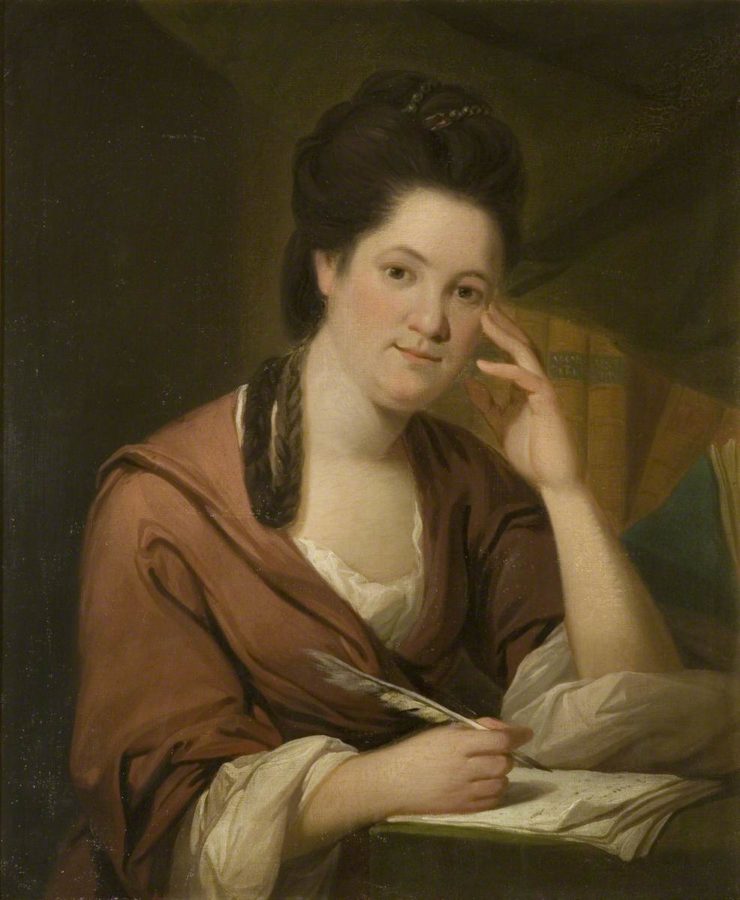 When Kim completed her first Master’s degree, she took as her major research project a study of the various schooling options in Tasmania. This involved looking at the history of schooling in Tasmania. I think it surprises most  people, as I was, to discover that ‘public education’ is a fairly recent development. In our State, it is around 150 years old. William Wilberforce (1759 – 1833) became concerned that much of England’s woes were due to a general lack education among the masses. There was, at the time, an education system that involved private tutoring or expensive Grammar Schools which only the wealthy had access to. This tutoring prepared these privileged few for a university education at either Cambridge or Oxford. Wilberforce describes his own time at Cambridge as a time when “he had little inclination or need to apply himself to serious study. Instead he immersed himself in the social round of student life[4][17] and pursued a hedonistic lifestyle, enjoying cards, gambling and late-night drinking sessions – although he found the excesses of some of his fellow students distasteful.” After Wilberforce’s conversion to Christianity, he encouraged Hannah More (1745 – 1833) to start a ‘free school’ in a poor area of England where the population was generally illiterate. Miss More did so. In fact, the project was so successful, she founded 12 such free schools by 1800 and helped to establish Kenyon College in Ohio (USA) in 1824.

THE FOUR Rs OF EDUCATION 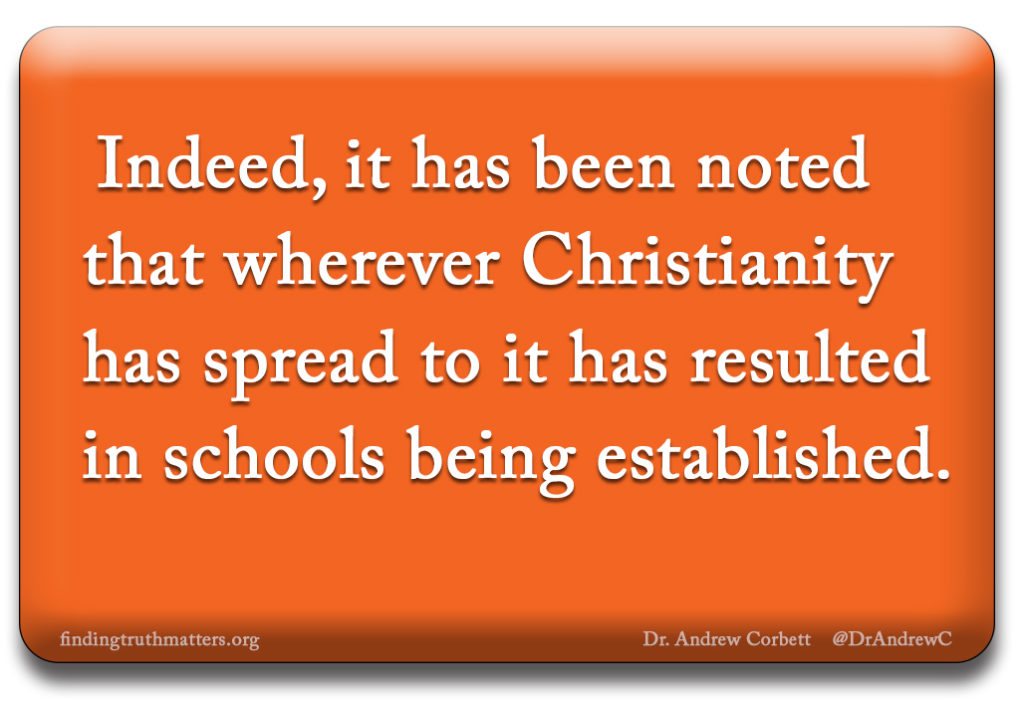 Initially free schools were sponsored by philanthropists. Government involvement in public education came much later. These schools were founded to focus on “The 3 Rs” – reading, writing, and arithmetic. For Hannah More and the other public education pioneers, such education enabled common people to develop the skills necessary to read the Bible and learn about the God of the Bible. This, they reasoned, was essential for character formation. In fact, as Evangelicalism began to inspire missionaries to go into all the world, wherever they went they started schools. Indeed, it has been noted that wherever Christianity has spread to it has resulted in schools being established. Perhaps the most notable example of this was William Carey who went to India. He helped to pioneer schools and a university as he established churches and led people to Christ. The link between Christianity and public education is indissoluble. The 3 Rs, it was rightly reasoned, were necessary for people to come to know their Creator and Redeemer. Even such things as the rules of grammar and spelling were seen as indispensable in knowing the God of the Bible because they were ordained by God to accurately and precisely present the truth. 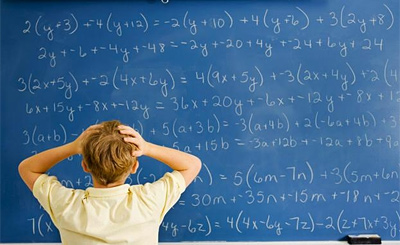 Over time, Christian educators reasoned that it wasn’t just reading and writing that was indispensable for knowing God and His Word more deeply. It also involved mathematics (arithmetic). Most people think of arithmetic as just dealing with numbers. But Christian educators showed that arithmetic was actually a branch of philosophy (the study of thinking) which pointed to the God of the Bible. After all, numbers are actually concepts and how they interact is also a concept and concepts are the stuff of philosophy. My long-time friend, Pete Hall, a physics lecturer, taught me a long time ago that maths deals with objective facts that point to an Objective Cause – which is confounding for those people who claim that there is nothing objective in the universe! The ‘finger-prints of God’ can be seen in mathematics because numbers and how they interact is grounded in objectivity (unchanging facts). Two plus two equals four and it always does. This is an objective reality that points to the Ultimate Objective Reality.

This is an illustration of why we should refer to the 4 Rs not just the 3. The fourth R is reasoning. It also is a branch of philosophy (thinking). It involves understanding the laws of logic (which are also objective) and also point to the Ultimate Objective Reality (God). Yet sadly, Philosophy is rarely taught in our schools. Philosophy is the study of how to think about issues by reasoning to a conclusion. Reasoning involves giving reasons – not just opinions. Its study also helps people to distinguish truth from error, reasonable from unreasonable, plausible from implausible, likely from unlikely. These are the learning skills required for determining whether human beings matter; what is a human person; what is moral; what is ethical; what are our obligations. It shapes how we answer the big questions of life. Is there a God? What happens when I die? Could someone time-travel? How then should we now live?

(Select) youths without blemish, of good appearance and skillful in all wisdom, endowed with knowledge, understanding learning, and competent to stand in the king’s palace, and to teach them the literature and language of the Chaldeans.
Daniel 1:4

THE SHIFT FROM EDUCATION TO SCHOOLING 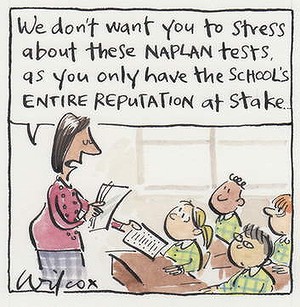 As governments became increasingly involved in education they established their own free schools which became known as State or Public Schools. Newly established Departments of Education introduced teacher registration. Teachers’ Colleges were later absorbed into established universities. States set minimum standards of education for students and established what was once called scope and sequence for all schools to administer. Then, the Federal government saw the need to establish a national curriculum with new minimum standards for all schools to have their students satisfy. They then introduced national testing for literacy and numeracy (in Australia this is called NAPLAN). The unintentional result of this was that schools and teachers became assessed by the public for how well their children did on these tests (rather than how well their children were learning) which resulted in an increased effort on the part of teachers to ensure their students could do well on these tests. And whenever the focus shifts to learning how to improve test results, the danger is nearly always going to be that learning suffers as test-skills improve. When this happens, a child has then been schooled but not necessarily educated. I won’t go on to mention the amount of compliance paperwork or classroom ‘crowd control’ which also distracts teachers from teaching! So what’s a better solution to this education Vs schooling dilemma?

And when Jesus finished these sayings, the crowds were astonished at His teaching, for He was teaching them as one who had authority, and not as their scribes.
Matthew 7:28-29

EDUCATION AS A VOCATION

A vocation is ‘a life calling.’ It requires professionalism in the truest sense of the word. It becomes a person’s identity. I am a pastor by vocation. There are those who called by God to be teachers. They will live out their vocation in various contexts – public schools, private schools, training providers, business consultants, universities, colleges, pre-schools, kindergartens, and even churches. But there is one place which trumps each of these for its effectiveness. Home.

You shall teach them diligently to your children,
and shall talk of them when you sit in your house,
and when you walk by the way,
and when you lie down, and when you rise.
Deuteronomy 6:7

As each has received a gift, use it to serve one another, as good stewards of God’s varied grace:
First Peter 4:10