WHAT IT’S GOING TO TAKE, Part 2 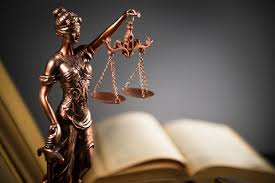 I need your forgiveness. It has been rightly said that whenever you put an adjective (a modifying word) in front of the word justice that justice no longer means justice. This is why ‘social justice’ actually distorts the word justice. Thus, because I am forced to entitle this second instalment, True Justice (so as to distinguish it from all of the other modified versions of justice), I must seek your forgiveness – but I hope that the content of what I am going to manifesto will compensate for my literary violence. In this second instalment of my manifesto for how our society can experience and enjoy the divine blessings of happiness, security, wellness, fulfilment, enlightenment, and prosperity, I am going to challenge those who are called to arena of justice to fulfil their calling just as I did for those called to politics and government in the first instalment. 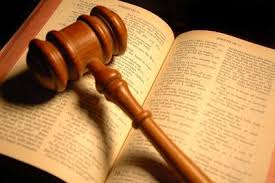 O LORD, You hear the desire of the afflicted;
You will strengthen their heart;
You will incline Your ear
to do justice to the fatherless and the oppressed,
so that man who is of the earth may strike terror no more.
Psalm 10:17-18

Justice is primarily about what is right and true. It involves reasonable fairness based on what is right and true. (This is why we must be careful using the term social justice because it invariably involves positive unfairness.) Because it is grounded in what is right, it is unavoidably linked to the work of legislators who are responsible for codifying (writing in Law) what is right. This is why words matter. And this is why grammar matters (including pesky little things like commas and apostrophes which can inadvertently change the entire sentiment of a law). 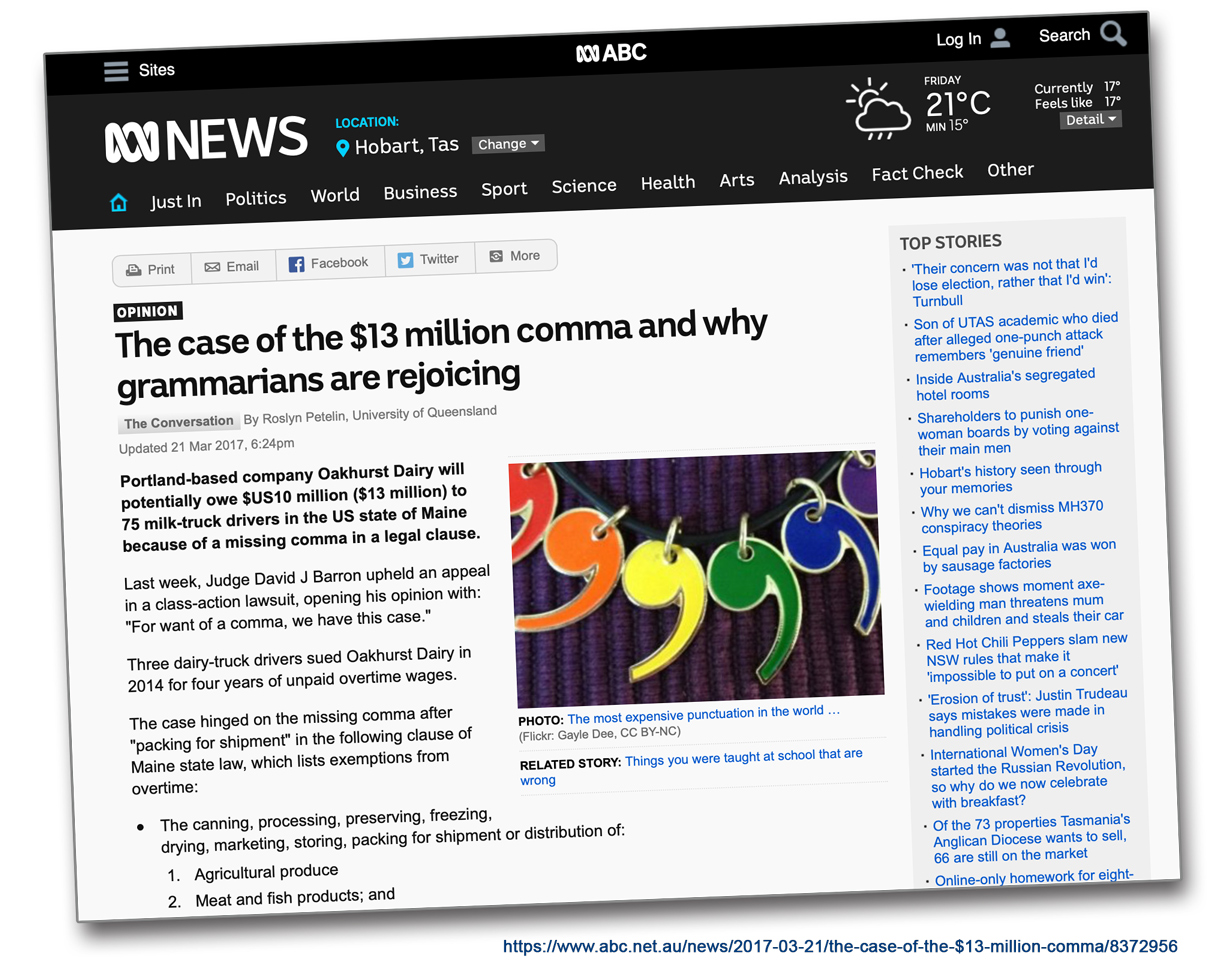 Give justice to the weak and the fatherless;
maintain the right of the afflicted and the destitute.
Psalm 82:3 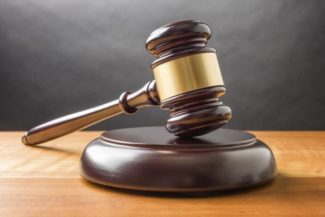 The Scriptures speak a lot about the need for those people of influence to defend those less fortunate from abuse and oppression. The need for justice is viewed in Scripture as especially needed for the vulnerable – widows, fatherless, disabled, and the destitute – who are most susceptible to have it denied to them. In the late 17th century in England, a person could be imprisoned for missing a repayment on a loan, or, even if it was only alleged (even falsely) that they had committed an offence, and there was no judicial process for them to get justice – and no release from their imprisonment – until they had paid the jailer for their time in remand. One of the reasons we should all thank God is for a legal right called Habeas Corpus which was introduced by the British Parliament in 1679, and has since been adopted by most western countries. It now means that someone cannot be imprisoned unless they have been charged with a crime and had their case heard in a court of law. Habeas Corpus is fundamentally grounded in a Christian worldview which regards all people as being equal under the law and entitled to reasonable justice. Sadly though, there are too many nations today where this is not the case and people can be held in prison – and even tortured – without being charged with an offence or the due process of having their day in court. Saudi Arabia is one of the worst such human rights abusers of any nation according to Amnesty International.  Obviously they are not the only nation which do not recognise Habeas Corpus as a human right. China, Yemen, Syria, Iran, North Korea, Venezuela, Russia, and Turkey, each fail to provide reasonable justice to its citizens. Because I regard the unstoppable light of the Gospel through Spirit-empowered Christ-ambassadors to the transforming force for good in the world, I expect that eventually each of these nations will succumb to the message and influence of the Gospel and that they will subsequently embrace a Christian worldview in the justice systems. I therefore expect that there maybe teens reading this whom God has called from birth (they would have already become known for their keen sense of justice and concern for human rights globally) to become lawyers, or barristers, or attorneys, or judges, or justices, who will play a role on the international stage of diplomacy by using their trained legal minds to become the agents of such national transformations. 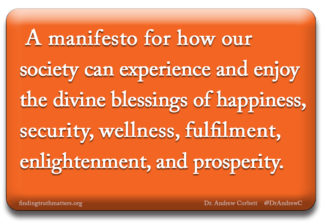 How blessed are those who promote justice,
and do what is right all the time!
Psalm 106:3 NET

WHY DOES JUSTICE MATTER?

Justice matters for three important reasons. Firstly, it is the express will of God our Creator and an expression of His heart of love for all mankind. To promote true justice is to invoke God’s blessing (Psalm 106:3; 112:5). Secondly, it fulfils the second of God’s two great commandments for all people – to love your neighbour as yourself (Matt. 22:39). Thirdly, it becomes the framework for the Gospel to be understood and heightens men’s consciences to their unworthiness and need for a Saviour (Rom. 7:7).

Have you sensed the call of God on your life to be a minister of justice? I’ve already mentioned lawyers and judges as ministers of justice, but there are also those who serve as police and in the military. In addition to these public service roles, there are other ways to minister which you may not be familiar with and while some of them are ‘front-line’, many are invaluable behind the scenes roles. For example –

The International Justice Mission – works to free slaves around the world by working with local law enforcement. IJM Officers are usually seconded from experienced ex-Police and Military personnel. They rely on public donations for their vital work. Did you know that there are more people in slavery today than at any other time in human history? 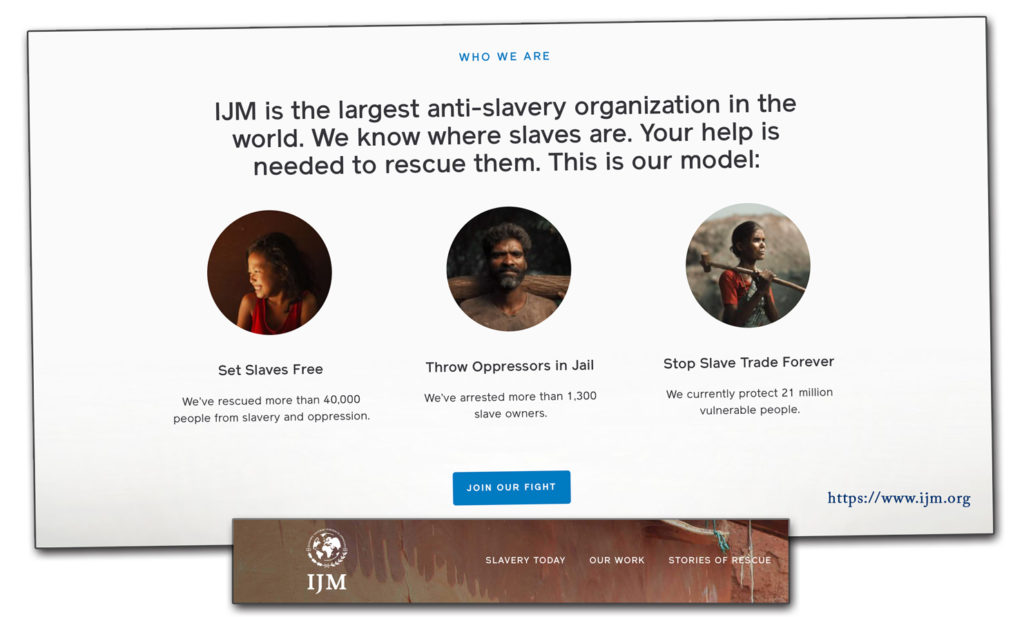 Compassion Australia – is a Christian based organisation which is working to break the cycle of poverty in the Two-Thirds World. On their website they state, “Worldwide, 385 million children live in extreme poverty. Poverty robs children of their basic rights to learn, play and grow. In its ugliest form, poverty can lead to exploitation, child labour and even death. It’s unacceptable. That’s why our Child Sponsorship Program exists. Because more powerful than poverty is the hope of Jesus, the care of a local church and the encouragement of you: a loving sponsor.“

World Vision is possibly the world’s largest child sponsorship ministry. In Australia, under the leadership of Claire Rogers, they have made a significant re-mission focus back toward being a Gospel support ministry. 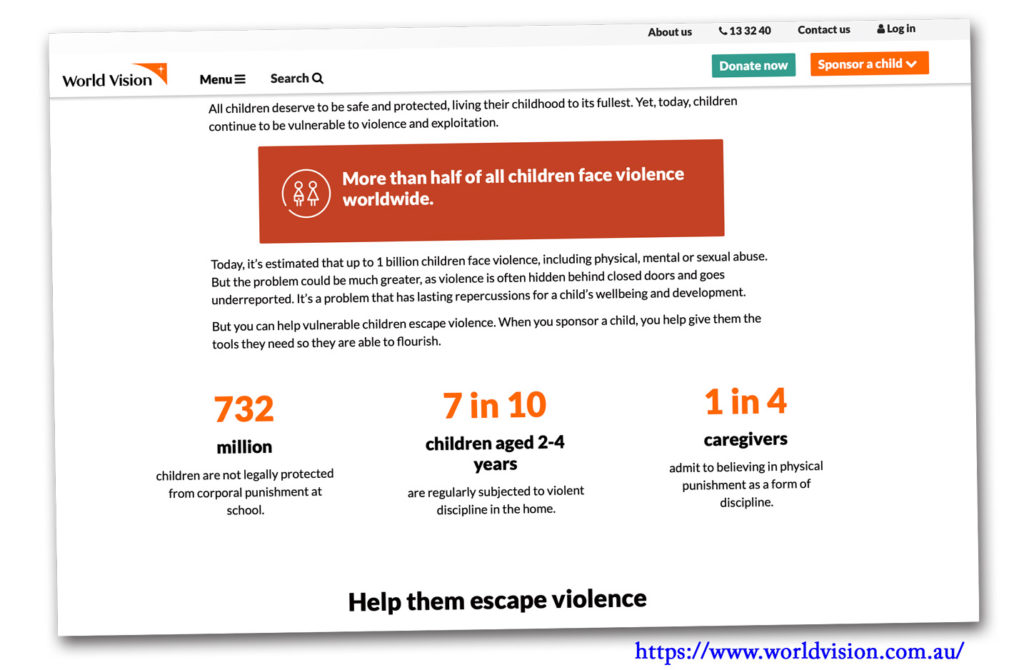 The Alliance For Defending Freedom is based in the USA and has a team of attorneys who take up the legal cause of Christians who are being ill-treated because of their faith in Christ. There are moves afoot to launch a similar ministry in Australia. 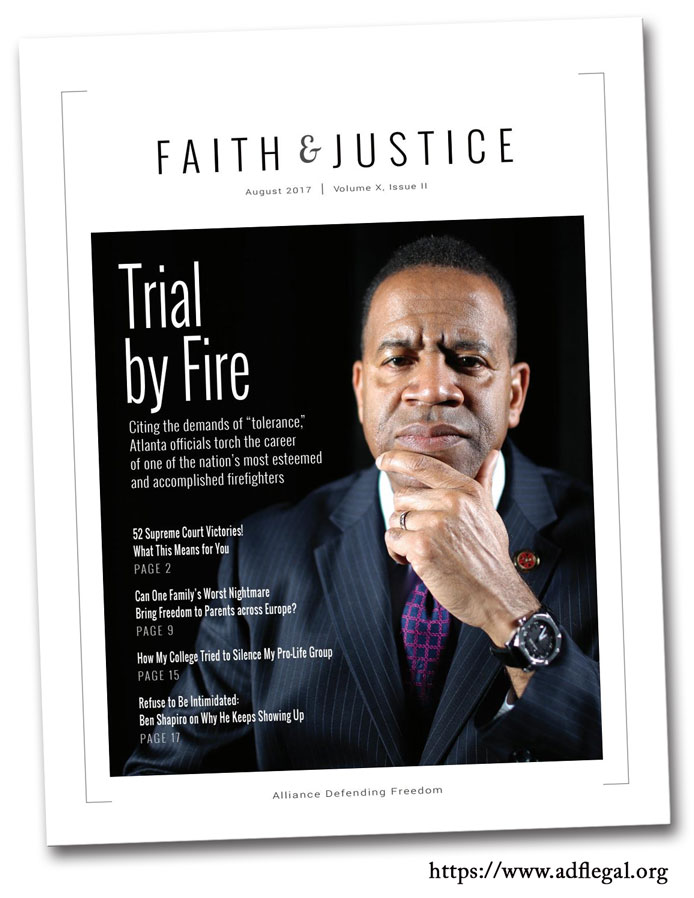 For those called into the frontlines of the judicial system as lawyers and barristers, and for some of you, as justices, your pathway necessarily involves you reading the classics and studying history, theology, English, philosophy and rhetoric – before you embark on your law degree studies. Chances are, that if God has already called you into the legal fraternity, you have already met practising lawyers and law students. Your road ahead is going to hard. It will require you to become highly self-disciplined and determined. You might be surprised how God will use you once you have qualified as a lawyer – it may not be in the courtroom where He will use you and your training!

In recent times in America, and in other countries, radical social change has taken place when just one unelected judge made a ruling that changed the law and thereby the course of history! We need lawyers and judges who fear the Lord and understand the Christian worldview is not about imposing religious ideas, but about upholding reasonable justice and th truth for all – especially the most vulnerable. For those of us, and that’s most of us, who are not called into the frontlines of administering and ensuring justice, we can play our part in three vital ways: 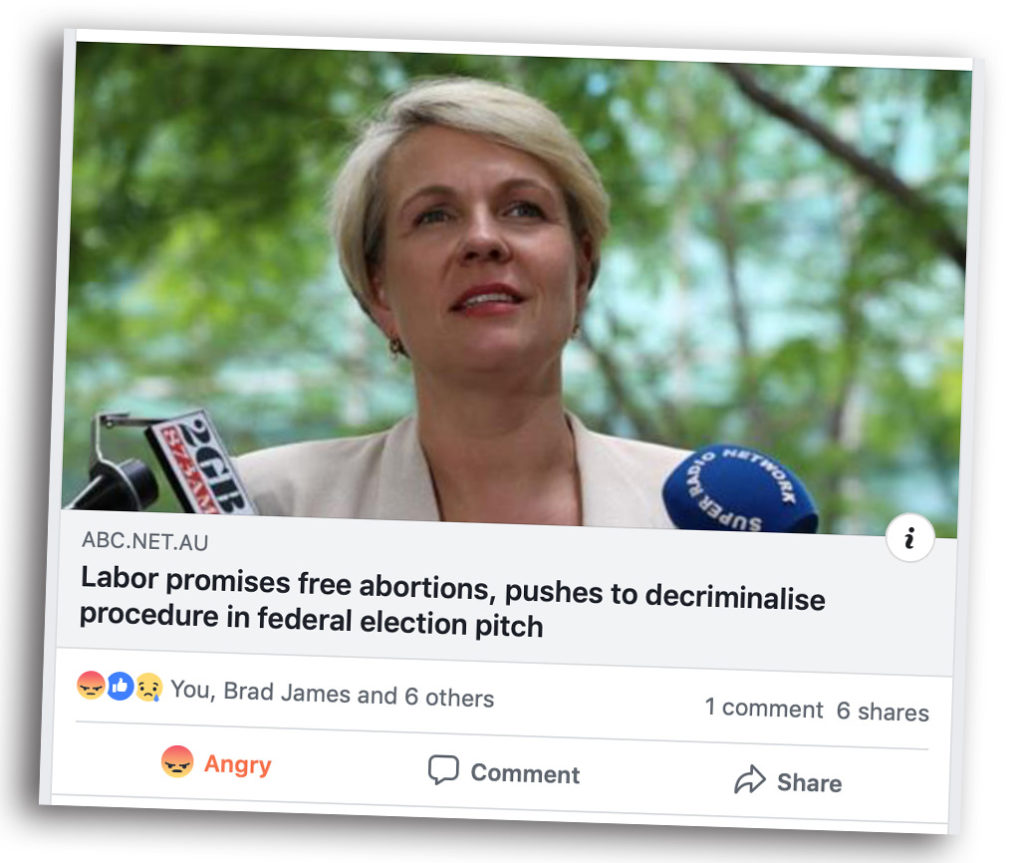 1. At the ballot box – don’t waste your vote! If any political party or candidate promotes injustice (especially where the most vulnerable will be abused) do not vote for them! No political party or candidate is perfect, but whenever a party scandalously boasts about having a policy where they will fund the termination of a person’s life – whether it be a baby in the womb, or grand-parent in a nursing-home – do not vote for them!

2. Over coffee – whether it be catching up with your girlfriends or mates, or even around the water-cooler at work, when injustice is innocently and ignorantly promoted in conversations, be prepared to offer a winsome, reasonable, correction. This might be in the form of two questions- “Do you believe the unjustified taking of an innocent human being’s life is wrong?” “Did you know that without exception, those who work in the field of Human Embryology all regard a foetus in a mother’s womb as a human being?”

3. On your knees – those in the political and justice spheres often feel that the Christian community are not fully behind them – and often feel that many in the Church simply do not care about the big issues confronting our society. As someone who is frequently the beneficiary of other’s prayers, I well know the difference between having people praying for you and no-one praying for you. It is my desire to inspire and help many more Christ-followers into politics and law, and it is equally my desire to muster people who will pray for them to be strong in Christ and His Word, and filled with courage to do what is right. 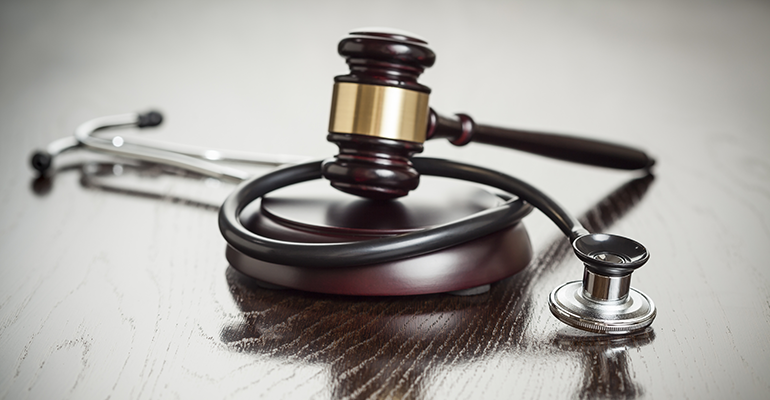 Can I count on you to do these three much needed things? If you are one of the few whom God has called into the sphere of Law, you are destined to play an important role in defending the rights of the vulnerable, and uphold the reasonableness of the Christian worldview. And this is a role we need more lawyers and justices who know the love of Christ to fulfil.