home > Pastor’s Desk > For The Love of Pete! 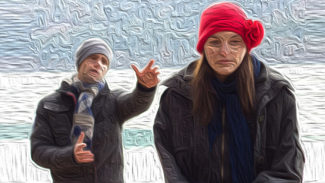 How many chances should you give someone who continually let you down! I think John Mark might think the Apostle Paul would say “One!” Some of us might be a bit more forgiving and extend the ‘Once bitten – twice shy’ policy out to two chances. And some very patient souls may even be prepared to give someone three chances before they said enough is enough. Before assuming that you would show plenty of grace and generosity to a perpetrator of disappointment, put yourself in the shoes of a spouse whose partner had betrayed them, not once, not twice, but repeatedly – all the while apologising profusely each time. How easy would you find it to give them another chance?

for the righteous falls seven times and rises again, but the wicked stumble in times of calamity.
Proverbs 24:16

WOULD YOU HAVE GIVEN THESE PEOPLE A SECOND CHANCE? 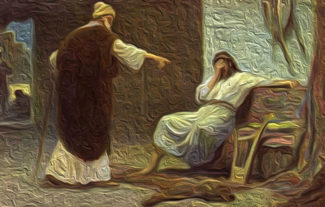 Even good people make bad mistakes. Proverbs tells that even ‘The righteous falls seven times‘. Nearly everyone of the major characters in the Old and New Testaments whom God chose to use in His redemption plan, made a disappointing mistake. Think of Adam. We rightfully blame him for the fall of the human race from innocence into sin. But Scripture only records him sinning the once. Think of Noah whom God used to preserve the human race. After the floods waters subsided he sinned by getting drunk and shaming himself (Gen. 9:20-23). This was his only recorded episode of sin. Think of Abraham who denied that Sarah was his wife when he sought refuge with the Gerarites (Gen. 20:1-3). His half-truth nearly caused the violation of his wife! Think of David who committed adultery, lied, and then arranged the murder of a man (2Sam. 12:7). All of these received a second, third, fourth, (and more) chance. And these were the people who formed the human lineage of the Christ! (Matthew 1)

¶ Then Peter came up and said to him, “Lord, how often will my brother sin against me, and I forgive him? As many as seven times?”
Matthew 18:21 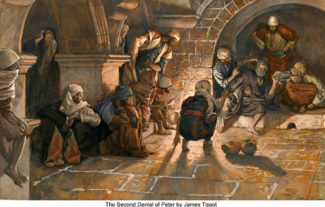 Even though the level of offence and disappointment is immeasurably greater (than any disappointment we could ever experience), God’s ability to forgive and give people another chance is literally breathtaking. The one who asked Christ how many times should I forgive my brother who sins against me, would centuries later be described by Roman Catholics as their first ‘Pope’. Not only after he asked this question about how many chances he should give those who disappoint him, he would provide the Christ the greatest source of disappointment. This of course happened on the night of the Christ’s trial before the High Priest.

And when they had kindled a fire in the middle of the courtyard and sat down together, Peter sat down among them. Then a servant girl, seeing him as he sat in the light and looking closely at him, said, “This man also was with him.” But he denied it, saying, “Woman, I do not know him.” … And the Lord turned and looked at Peter. And Peter remembered the saying of the Lord, how He had said to him, “Before the rooster crows today, you will deny Me three times.”
Luke 22:55-57, 61

The depth of disappointment that Peter committed is difficult for any of us to appreciate. Peter was the first of the Christ’s disciples. He was meant to be their leader in the Church that Christ was about to establish. He was the one who first declared that Jesus was the Christ, the Son of the living God (Matt. 16:16). If anyone ever needed a second chance, it was Peter. 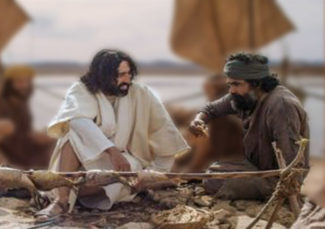 It is one of the most beautiful portions of Scripture. Days after the resurrection of Christ, Peter and the other disciples begin to doubt. They go fishing. Out all night, they caught nothing. From the shores of the beach someone calls out to them to cast their net on the other side of their boat. Soon their net is breaking with the abundance of fish. Peter recognises that the one on the beach was the Christ. He dives into the water to swim to the Saviour. When he arrives he finds that Jesus has already prepared a fish breakfast. Having previously denied Jesus three times, in a matter of minutes, Jesus asks him three questions about his devotion to Him.

This beautiful transaction between the Redeemer and the one in need of redemption is one of the most touching scenes in the Bible. Peter had been sifted like wheat and nearly lost everything in the process if it wasn’t for the prayers of his Messiah (Luke 22:32). In a little under two weeks he would be assuming his appointed role as the lead apostle an standing before thousands upon thousands of pilgrims in the temple precinct and summoning them to repent and to turn to their Christ (Acts 2:38-41). He would be imprisoned for preaching the Christian gospel and then released by an angelic visitor in response to the prayers of the believers in Jerusalem. He would travel to the northern limits of Asia Minor to preach and plant churches, and then in 64 AD stand before Caesar Nero, King of Rome, and courageously bear witness to the redeeming mercy of the King of the Universe. 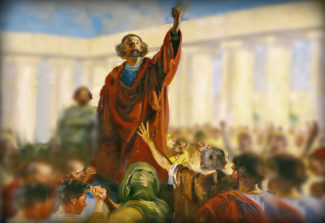 Peter’s testimony stands as a glorious reminder that our God is the God of another chance – not just a second chance! Who knows who God will bring across our paths or through our doors whom God will redeem by giving them another chance? But what we do know is that we live at a time when the need and the numbers have never been greater for people needing another chance. Perhaps you’re one of them? In Christ you will find the One who can put Humpty Dumpty back together again and give you another chance. You may feel all hope is lost. But it isn’t. No matter what you’ve done – how many times you’ve done it – or who knows what you’ve done – God’s breathtaking mercy is available to you if you will receive it. It just takes one prayer to reset your life.

Sometimes we Christians look at good people and think, “Now they would make a good Christian!” And other times we look at people who seem to care little about religion and God and think, “This person’s heart is so cold and indifferent, they could never be converted to Christ!” Both points of view are horrendous mistakes! God gave Peter another chance when he probably thought he’d blown it for good. His nemesis, Saul of Tarsus, the first and most violent persecutor of Christians, received mercy and another chance from God and ended up writing two-thirds of the New Testament! Let’s not make this horrendous mistake that thinks it’s easy for a ‘good’ person to become a Christian – and impossible for a ‘bad’ person to ever become a Christian. God is so unimaginably merciful that He is continually transforming both ‘good’ and ‘bad’ people into His adopted sons and daughters (and more often than we realise it’s response to another mercy-recipient’s prayers!). Maybe some of us need to repent of such horrendous thinking and ask our Heavenly Father for another chance.

“God, please forgive me. Help me to live the way I should. I need Your mercy and Your help.”
Amen.

A simple prayer like that can change the rest of your life and put you back on your God-ordained destiny track – and for the love Pete, I should know!