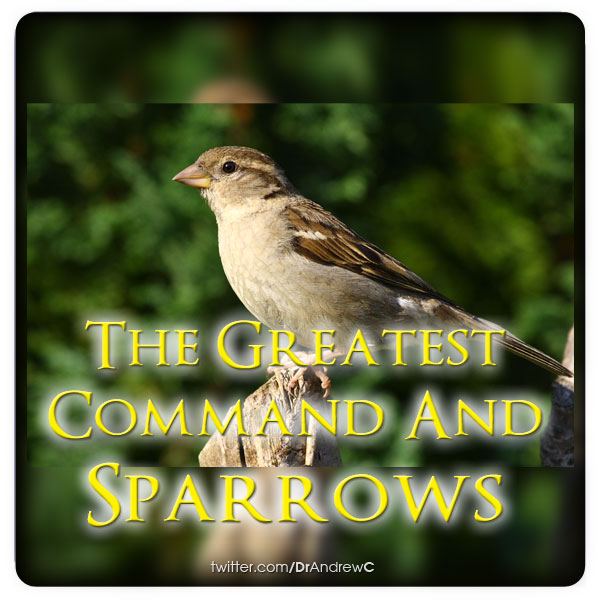 THE GREATEST COMMAND AND SPARROWS

THE GREATEST COMMAND AND SPARROWSI thought it timely to remind you of two great truths. We need reminding of them because we so often, readily, and easily, forget them. Worse still, we tend to disorder them. I will commence by looking at the lesser of the two great...