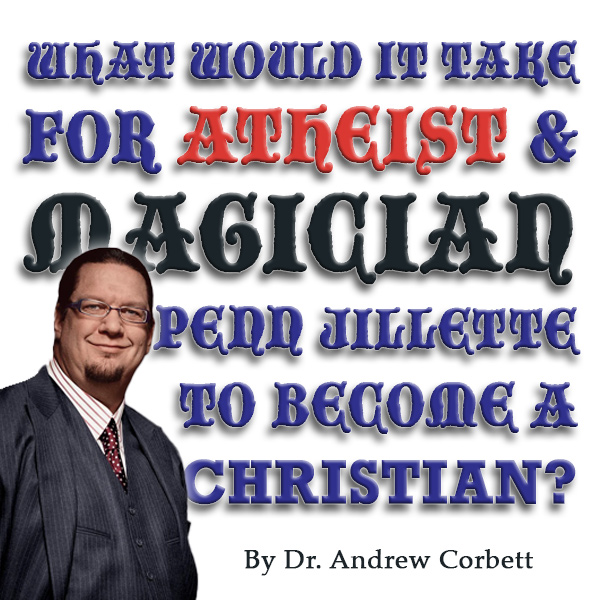 WHAT WOULD IT TAKE FOR ATHEIST & MAGICIAN PENN JILLETTE TO BECOME A CHRISTIAN?

I’ve been praying for Penn Jillette for some time now. It began when I first heard him ridicule the Bible and Christianity. My fascination with Penn (and Teller), and other world-class magicians, has been due to my pursuit to develop my craft of preaching. There are a lot of similarities between preachers and magicians (just as there is also a lot similarities between solo musicians and preachers). I seek to learn from magicians about how to keep an audience’s attention, how to tell a story, and how to make a point by employing the element of surprise. But there are some significant differences between what magicians do and what preachers do though. A magician is deliberately deceptive. A preacher is striving to uphold truth in an honest way.