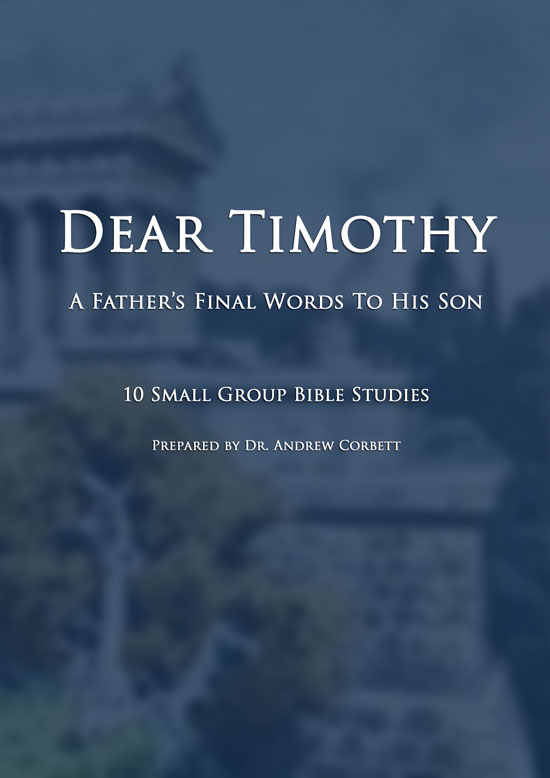 The apostle Paul is often considered to be a rather cold-hearted man. On the occasions when I have asked different women if they would have appreciated being pastored by him, it has been met with a resounding “No!” I suspect this is because Paul is similarly perceived as a male-chauvinist due to his various comments about women needing to be quiet in church and not permitted to teach a man. If this is your opinion of Paul, it is my hope that you might come to soften your view of him after completing this study of what are his final surviving epistles before he was executed at the command of Caesar Nero in AD 64. 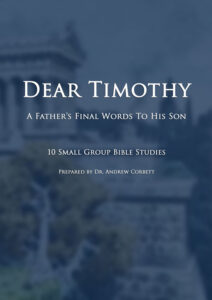 In addition to this negative opinion about the apostle Paul there are those who see him as a bigot and fundamentalist who has no place in shaping the Christianity of the current times. It is my hope that I can demonstrate that what Paul wrote in these epistles was indeed inspired by the Holy Spirit to a person and audience around AD 62 but still has divinely ordained relevance to our times. In fact, what I hope to demonstrate is that God largely used Paul to pen around 70% of the New Testament as the culmination of what I will suggest was the progressive revelation of the Bible. That is, the written truth of the God’s revelation to all mankind was given over time in a way that each stage of the unfolding revelation of God progressively built upon the previous revelation.

Therefore, the title of these Bible studies, Dear Timothy, is meant to convey an immediate warmth of relationship that he had over several decades with a young man whom he considered to be his son. Cold-hearted people are rarely characterised by long-term relationships. The fact that Timothy was just one of the many long-term friendships that Paul had with various men and women should tell us something important about the man who wrote to Timothy. Paul’s concern for his young lieutenant involved his concern for the Ephesians. The issues that he addresses to Timothy were really the issues that the church at Ephesus was grappling with. And it is my third hope that we come to see that these are the same issues we are also grappling with as a church today.