THE GOD OF CONVENIENCE 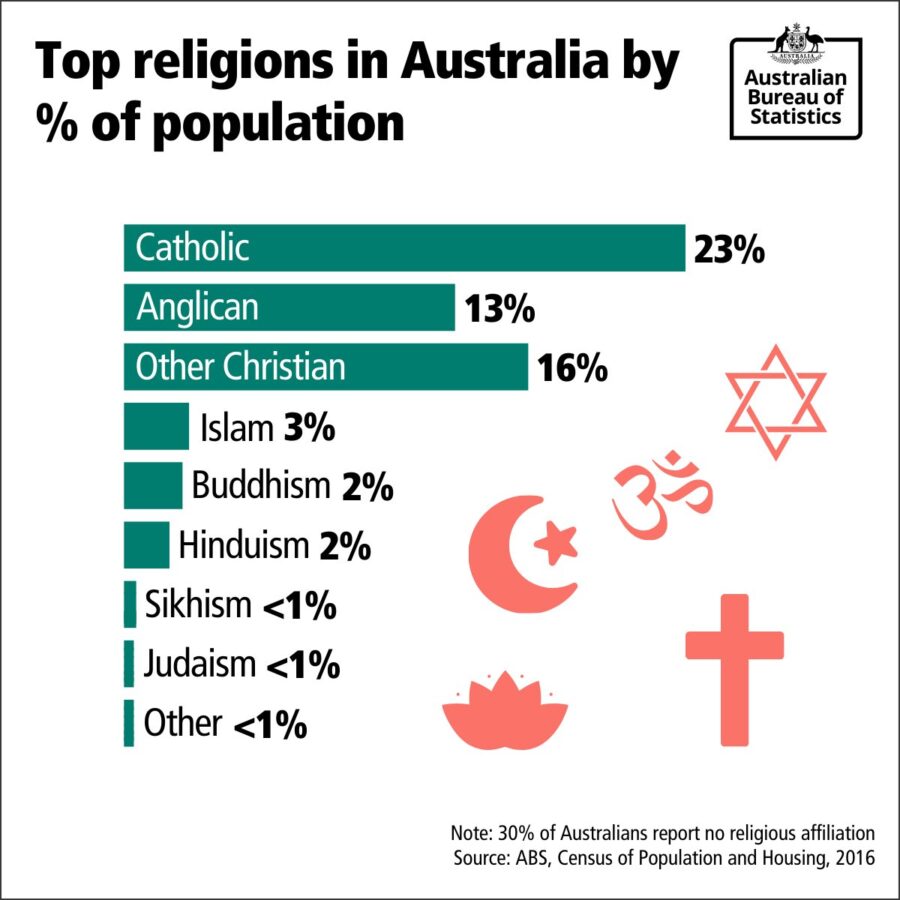 I have a suggestion for the Australian Bureau of Statistics. On the census form that we all have to complete every few years, under the Religious Adherence section, they should add a checkbox for those with an allegiance to a new religious deity – the god of convenience. You’ve probably already met people who adhere to and worship the god convenience. One of the apparent advantages of this new religion is that it conveniently blends with any other religion and readily adopts its methods of worship (when convenient to do so). It even allows its adherents to adopt the name of their previous religion and blend it with its own. In the case of those tired with the rigours of following all of Christ’s demands, it encourages the newer and more convenient identity of- Convenient Christianity. The biggest difference between it and ‘pure’ Christianity is that it lessens the demands of religious devotion on its adherents and helps to guide them in their daily moral choices. But as usual, the Holy Spirit — whom Christ sent from the Father — is launching a counter-move that may once again see a generation of Spirit-filled, on-fire, Word-equipped, church-connected-and-committed, warrior-praying, and neighbour-loving, servants of Christ rise up and expose the ideology behind the false god of convenience.

¶ I charge you in the presence of God and of Christ Jesus, who is to judge the living and the dead, and by His appearing and His kingdom:  preach the word; be ready in season and out of season; reprove, rebuke, and exhort, with complete patience and teaching.
Second Timothy 4:1-2

FOLLOWING CHRIST IS NOT CONVENIENT 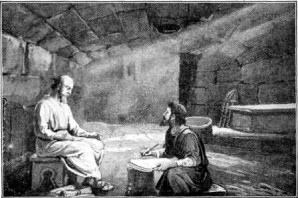 As I write this, it occurs to me that I am wrong to describe this as a new religion. I recall that Jesus often had people approach Him who were convinced that Christ wouldn’t mind if they continued to worship the god of convenience and Him.

To their great surprise though, Jesus wasn’t interested in sharing worship with the god of convenience. And He still isn’t. When Paul’s life was inconveniently interrupted by Christ on the road to Damascus, he no longer worshiped at the altar of convenience. His life became devoted to Christ despite the numerous times it was inconvenient to do so. This is why, in his final epistle, he wrote to Timothy and told him to preach the Word “in season and out of season”, which means — ‘preach the Word, when its convenient to do so, and when its not convenient to do so!‘ Paul was highly qualified to tell Timothy to do this because he had spent his entire Christian life ‘walking the talk’.

Are they servants of Christ? I am a better one—I am talking like a madman—with far greater labors, far more imprisonments, with countless beatings, and often near death. Five times I received at the hands of the Jews the forty lashes less one. Three times I was beaten with rods. Once I was stoned. Three times I was shipwrecked; a night and a day I was adrift at sea; on frequent journeys, in danger from rivers, danger from robbers, danger from my own people, danger from Gentiles, danger in the city, danger in the wilderness, danger at sea, danger from false brothers; in toil and hardship, through many a sleepless night, in hunger and thirst, often without food, in cold and exposure. And, apart from other things, there is the daily pressure on me of my anxiety for all the churches.
Second Corinthians 11:23-28

WHAT THE GOD OF CONVENIENCE EXPECTS 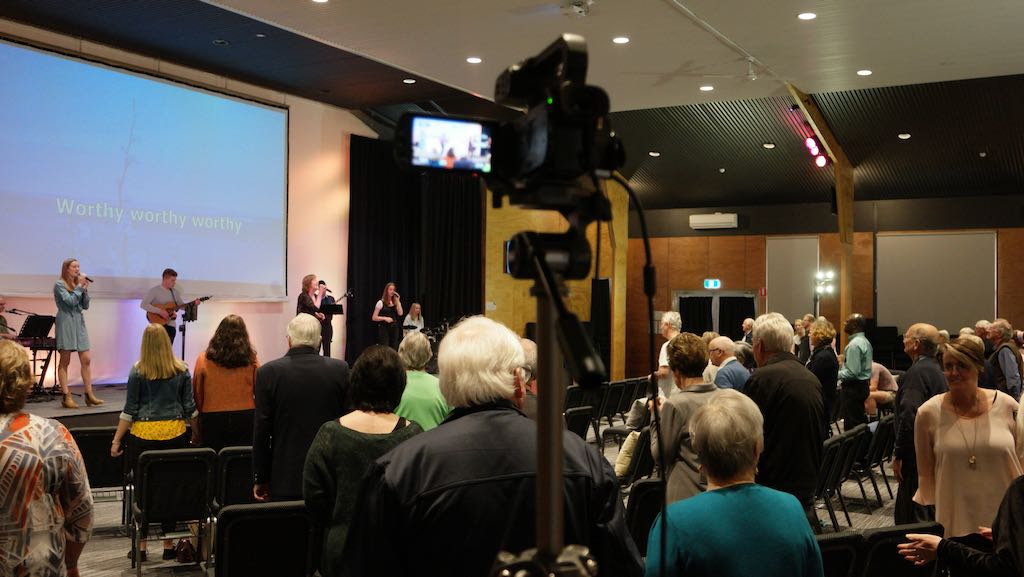 Worshiping the god of convenience is really easy. If some religious duty is not convenient, don’t do it — especially if its Christian. The god of convenience dismisses the inconvenient demands that following Christ entails such as -daily bible reading, participating in a weekly/fortnightly discipleship small group for bible study and prayer, attending church each Sunday to worship and be shaped by the preaching of the Word, and the regular sacrificial giving of finances. But its not just what happens in the name of a religion that the god of convenience is concerned with. This demonic spirit masquerading as the god of convenience also encroaches into the moral decision making of its adherents by offering convenience as the main filter for moral decision making. Thus, when Grandma’s nursing home fees are whittling away your assumed inheritance, the god of convenience offers a convenient solution. (On an unrelated matter, the Upper House of the Tasmanian Parliament is debating the Voluntary Assisted Dying Bill this Tuesday.) When the unwanted news of a pregnancy is received, the god of convenience immediately steps up with all the reasons why this will be financially damaging, career inhibiting, educationally impairing, and socially detracting — and then a simple, quick, and convenient solution to this problem. (On an unrelated matter, continue to pray for the ministry of Emily’s Voice.)

COMBATTING THE GOD OF CONVENIENCE 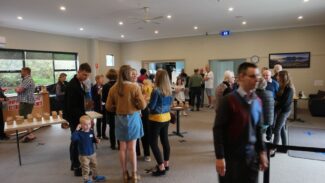 Combatting the god of convenience requires the posture of a (spiritual) war-footing. Paul describes what this looks like Ephesians 6. While some people regard spiritual warfare as only involving prayer and declaration, Paul’s description of spiritual warfare actually involves action and attitude (note 2Cor. 10:4-5). Therefore, I expect that very very soon the Holy Spirit will raise up a generation of Spirit-filled, on-fire, Word-equipped, church-connected-and-committed, warrior-praying, and neighbour-loving, servants of Christ who will expose the ideology behind the false god of convenience. They will do this by their actions and attitudes. This will be a generation that is servant-hearted; passionately-daily Word reading and studying; committed to their local church — especially on Sunday; courageously evangelistic and soul winning; and lavishly generous with their time/talent/treasure in promoting the Kingdom of God. They will be the next generation of pastors, elders, worship leaders, business leaders, academics, artists, and politicians. This generation of fearless Christ-followers who will combat the spiritual powers behind the false god of convenience will “shine like the sun in the kingdom of their Father” and will be prepared to make the kingdom of God the first and highest priority:

Then the righteous will shine like the sun in the kingdom of their Father. He who has ears, let him hear. ¶ “The kingdom of heaven is like treasure hidden in a field, which a man found and covered up. Then in his joy he goes and sells all that he has and buys that field.
Matthew 13:44

And while it may not be very convenient or popular to combat ‘the god of this world’ (which is another name for the god of convenience [see 2Cor. 4:4]) it is what the Holy Spirit has done in response to his assaults on the Church down through the ages, which is why I expect Him to do it again. So, when it’s inconvenient, join in me in prayer for its hastening.