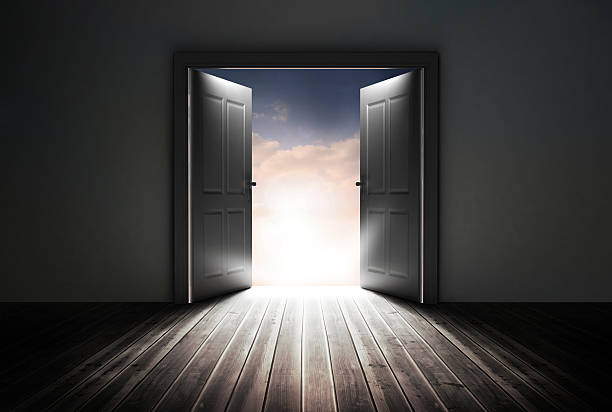 Everyone’s looking for a door. While it appears that there are many doors that beckon people to open and enter through, there is, according to Jesus of Nazareth, really only one door that leads to what every person wants and where every person seeks to go. That door is Jesus Himself. The disciple who was closest to Him (who also happened to be the youngest of the 12) reveals what none of the other three Gospel writers ever did when He describes some of the heated conflicts that the Christ had with the religious leaders who opposed Him. While these self-pious religious leaders cared nothing about the people they were supposed to care for, nurture and protect, Jesus boldly declares to the crowds that He was the only One who could offer and provide them with the peace, fulfilment and meaning, that they were striving for. And this remarkable offer still stands today!

“Truly, truly, I say to you, he who does not enter the sheepfold by the door but climbs in by another way, that man is a thief and a robber.”
John 10:1

JESUS REVEALS HIS HEART FOR PEOPLE 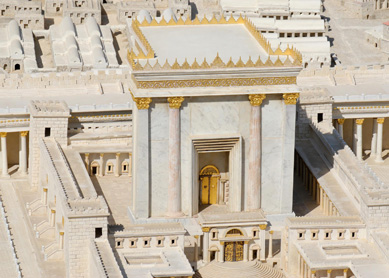 The Gospel of John also draws attention to Christ’s objection to the arrogance of Israel’s then religious leaders who were not feeding God’s sheep. Perhaps this is why John recounts the story of Jesus making a whip and driving the money-changers out of the temple (which He called “My Father’s House”) at the start of his Gospel (John 2:13-17) – even though the other Gospel writers tell us that this happened near the end of Christ’s ministry (Matt. 21:12; Mk. 11:15-17; Luke 19:45-46). This reveals Christ’s deep care for the oppressed and abused. And this care and love is powerfully heard in what Jesus declared in John 10.

PEOPLE ARE SHEEP WHO NEED A SHEPHERD 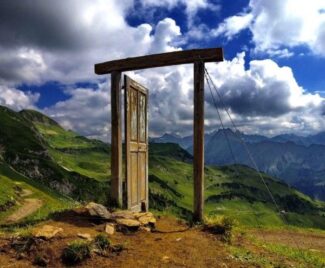 The dogs have a mighty appetite;
they never have enough.
But they are shepherds who have no understanding;
they have all turned to their own way,
each to his own gain, one and all.
Isaiah 56:11

The priests did not say, ‘Where is the LORD?’
Those who handle the law did not know me;
the shepherds transgressed against me;
the prophets prophesied by Baal
and went after things that do not profit.
Jeremiah 2:8

But the prophets also gave the hope that one day Yahweh would send the Messiah who would be the True Shepherd of Israel – and to many others as well.

He will tend His flock like a shepherd;
He will gather the lambs in His arms;
He will carry them in his bosom, and gently lead those that are with young.
Isaiah 40:11

And then that day came. Jesus stood before the crowds of Jerusalem and declared-

Jesus described people as being like sheep. Sheep are easily led. Sheep tend to flock together. But sheep are very vulnerable. They need protection. For this reason a shepherd would lead them out to find pasture and then pen them into a sheep-fold made from rocks and bramble to protect his sheep at night. The shepherd would stand in the doorway of this sheepfold and call his sheep into the fold and they would enter between his outstretched legs which formed the doorway. As they passed through, he would run his hands through their wool to remove burrs and the like.

¶ So Jesus again said to them, “Truly, truly, I say to you, I am the door of the sheep. All who came before Me are thieves and robbers, but the sheep did not listen to them. I am the door. If anyone enters by Me, he will be saved and will go in and out and find pasture.
John 10:7-9

JESUS IS THE DOOR NOT MERELY A DOOR 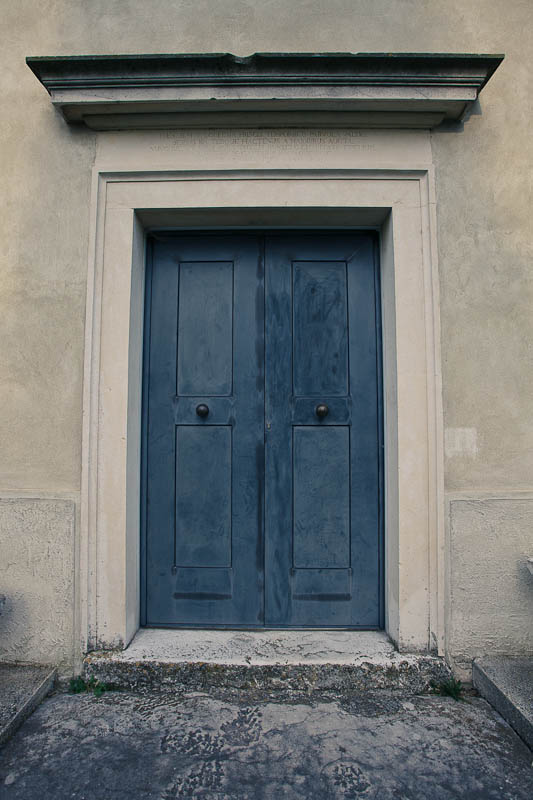 There are many unwitting and cunning wolves in this world who use every sneaky lie and sugar-coated deception to entice sheep to come out from behind the protective door of Christ and away from the safety and provision of His sheep-fold so that they can be lured into their traps. Sometimes these sheep are young and don’t know any better and are simply naïve. The Good Shepherd, the Door of the Sheep, is then prepared to lay down His life and embark on a daring rescue mission to find and restore these little lambs from the impending jaws of their kidnappers.

“What man of you, having a hundred sheep, if he has lost one of them, does not leave the ninety-nine in the open country, and go after the one that is lost, until he finds it? … Just so, I tell you, there will be more joy in heaven over one sinner who repents than over ninety-nine righteous persons who need no repentance.
Luke 15:4, 7

And that is exactly what the Good Shepherd, the True Door, has done for you. He has literally laid down His life to rescue you from the eternal jaws of death—separation from God the Father, the Gate-Keeper (Jn. 10:3). Your life’s quest is to find the right door—not the ‘right door for you’—but the one and only right door – the only door that leads to abundant life now (where Christ is your Shepherd) and eternal life beyond the grave. By entering through this door you are responding the recognisable voice of The Shepherd who created you, knows you, loves you unconditionally, and wants guard you against the one who wants to steal/kill/destroy you (in this life and the next!).

The thief comes only to steal and kill and destroy. I came that they may have life and have it abundantly. I am the Good Shepherd. The good shepherd lays down his life for the sheep. He who is a hired hand and not a shepherd, who does not own the sheep, sees the wolf coming and leaves the sheep and flees, and the wolf snatches them and scatters them.
John 10:10-12 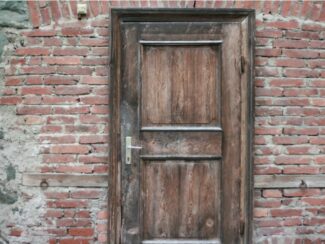 Christ is The Door. We must enter His sheep-fold (the Church) through Him to the Gate-keeper (God the Father). It is then that we are protected, nourished, and fruitful. This is why so many people find life so incredibly difficult because they living without experiencing the love of the True and Good Shepherd and they are lost in the deceptive wilderness where wolves roam wild. The ministry of Jesus Christ the Shepherd now continues through His shepherded and shepherding people as we too seek the one who has been lured into the barren wilderness of wolves. And like our Shepherd, we are prepared to forego our comfort and lay down our lives to rescue those who are His.