¶ When they had finished breakfast, Jesus said to Simon Peter, “Simon, son of John, do you love Me more than these?” He said to Him, “Yes, Lord; You know that I love You.” He said to him, “Feed My lambs.”
John 21:15 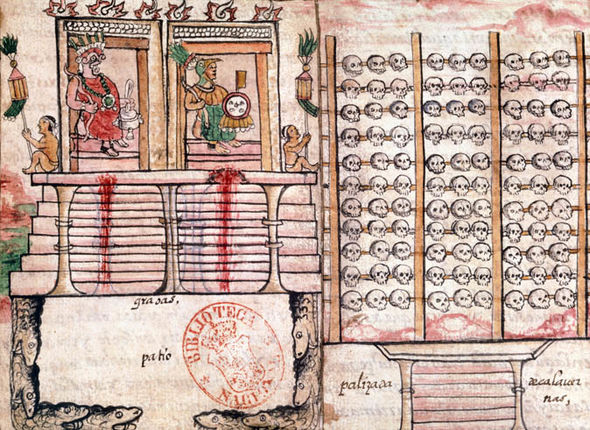 How would you have answered Jesus? It seems that Christianity is the only religion that involves love in every aspect of its expression. Devotees of other religions often offer their forms of worship in the hope of appeasing their deity/ies. In these religions there is often a lot of fear on the part of the worshiper. The ancient Incas and Aztecs would offer thousands of human sacrifices to appease their concept of the Supreme Being—lest that Supreme Being smite them with some disastrous calamity. When the Conquistadors arrived in the land of the Aztecs in 1511 they discovered mounds of human remains which they came to realise were the result of their murderous worship practices. 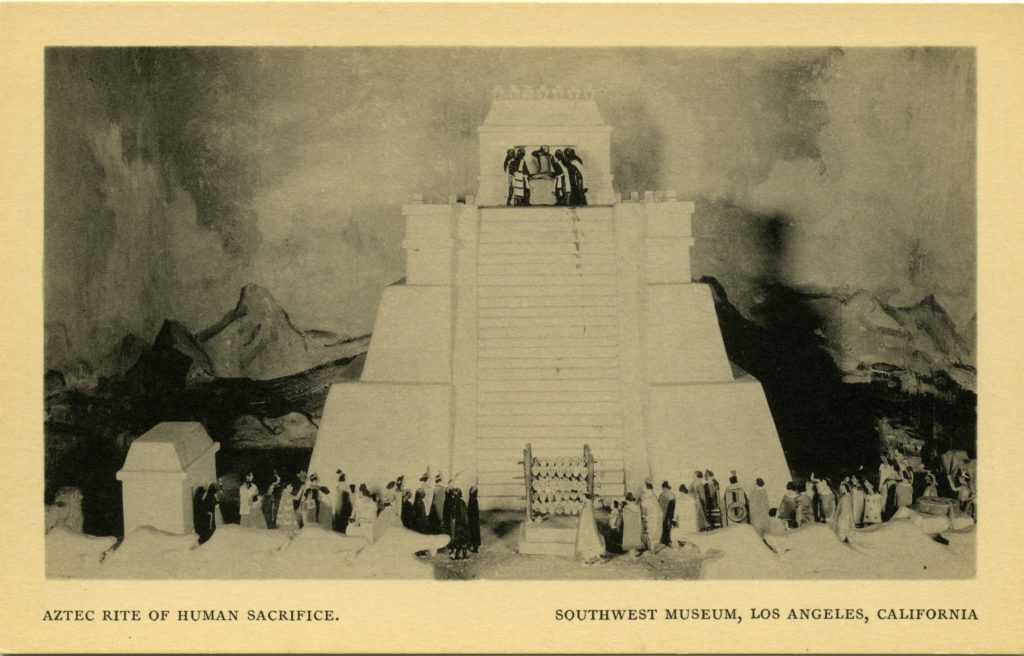 While this might be an extreme example of how many religions are grounded in fear, it stands in stark contrast to the way Jesus revealed we can find mercy, peace and acceptance from GOD. The apostle John noted this contrast in First John 4:18-

There is no fear in love, but perfect love casts out fear. For fear has to do with punishment, and whoever fears has not been perfected in love.
First John 4:18

LOVE IS NOT LOVE 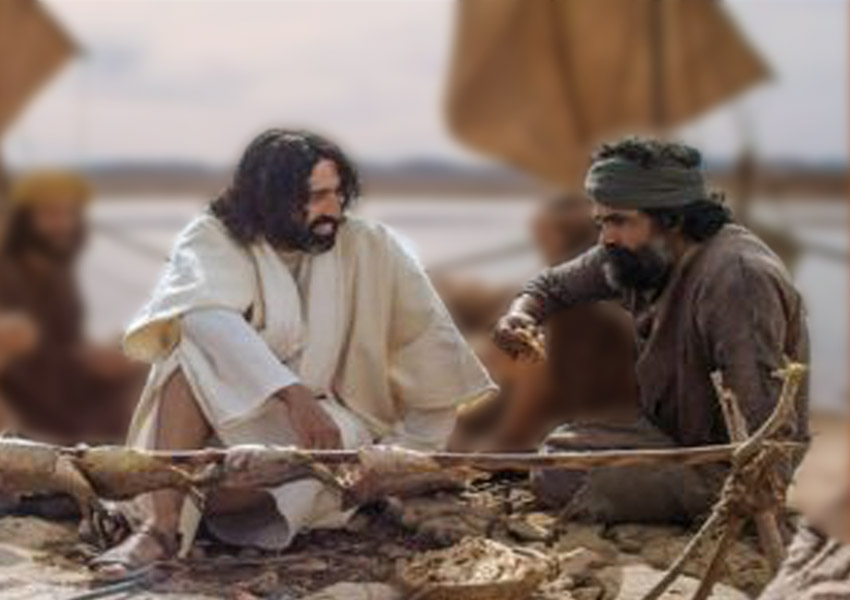 Nearly every sermon I have ever heard preached on this passage points out that Jesus used the word ‘agape’ in His question to Peter while in Peter’s response to Jesus he responded with another Greek word, ‘phileo’. In Biblical (Koiné) Greek, there are four words that can be translated into English as love. Both of these words are best translated into English as ‘love’. Most preachers I have heard preach on this text have pointed out that Christ used the Greek word for ‘supreme love’ (agapé) while Peter responded with the Greek word for ‘human love’ (phileo). Thus, they claim, Christ was asking something of Peter that Peter was not prepared to agree to. There are, however, two problems with this understanding of what was happening on this beach—and when we solve these problems we discover one of the most amazing insights into what real love is, and why we should make it our goal. 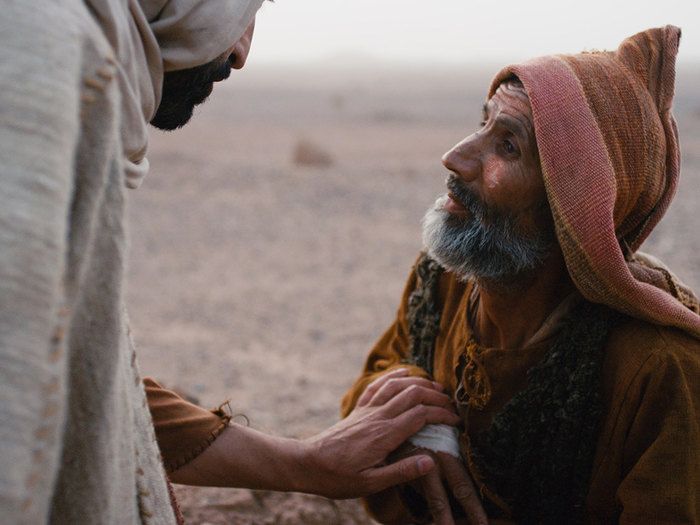 Here’s the first problem we need to resolve as we seek to understand what Jesus was actually asking, and how Peter responded. Of the three times that Jesus questioned Peter’s love for Him, only in the first two times did He use the Greek word ‘agapé’. The second problem is that the Greek word agapé at that time meant a cold, formal, theoretical love for another (often where there was no intimacy or relationship). No wonder then that Peter responded with the commonly used word phileo which was the word people ordinarily used when they felt an emotional connection with another person. From Peter’s perspective he may have felt that he was expressing a higher love for Christ than what Jesus was asking for. But over time, Peter realised what Jesus was doing. Christ was taking the word used for a sense of loyalty to an authority (agapé) and redefining it as the word Christians would come to see was the kind of love that God shows His people and expects His people to show Him.

¶ Love (Gr. agapé) is patient and kind; love does not envy or boast; it is not arrogant or rude. It does not insist on its own way; it is not irritable or resentful; it does not rejoice at wrongdoing, but rejoices with the truth. Love bears all things, believes all things, hopes all things, endures all things. ¶ Love never ends.
First Corinthians 13:4-8a

When Peter swam to shore to be with Christ, what was he expecting the One whom he had just betrayed days earlier to say to him? Remember Peter had just publicly denied even knowing Jesus three times. When Christ was taken and crucified, Peter had fled (only John, the author of this account, remained with Christ till His death). If you were in Christ’s place and the one you had just invested years of your life into had just denied knowing you in your hour of greatest trial, how would you have felt if you now sat alone with them on a beach? But Jesus did not speak to Peter in a way we might have expected. While I find this scene somewhat comical in the sense that the disciples had almost given up on Christ and had gone out fishing (returning to their old way of life) perhaps to find some breakfast, they find Jesus on the shores of Galilee cooking fish for breakfast. This itself was a subtle statement that they need not doubt how their needs would be met as long as they remained faithful to Him. It also reveals that God’s kind of love is a humble and forgiving love. The fact that Jesus, the Invincible-Omnipotent Creator of the Universe would stoop into the sands of Galilee and act as their servant is the second shocking insight we get into what God’s kind of love looks like: God’s kind of love is selfless serving kind of love.

Christ’s questioning of Peter’s love for Him reveals that God’s kind of love is a demonstrated-love that strives for the highest welfare of others. “Peter, if you really love Me, feed My lambs, tend My sheep, and feed My sheep.” While this might sound like the stuff of Renaissance religious oil painters, Christ’s injunction to Peter to get up close with lambs and sheep and pick them up; carry them; lead them; protect them from predators; and to feed them, would have conjured up all kinds of smells to a first century Jew (although I’m not sure who smelled better – a fisherman or a shepherd?). Loving others the God kind of way involves getting down and dirty, so to speak. But also notice that Christ starts His love challenge with lambs, and ends with sheep. Agapé love, God’s kind of love, involves commitment! Each of these aspects of love have enormous implications for marriages, families, and churches. There was one more lesson Peter received about God’s love on that beach.

Truly, truly, I say to you, when you were young, you used to dress yourself and walk wherever you wanted, but when you are old, you will stretch out your hands, and another will dress you and carry you where you do not want to go.” (This He said to show by what kind of death he was to glorify God.) And after saying this He said to him, “Follow Me.”
John 21:18-19

“Do you love Me?” Jesus asked Peter three times. Each time Peter replied that he did. “Then lay down your life for Me” Jesus tells him in John 21:18-19. Peter could hardly look Christ in the eye and say, “Now You’ve gone too far!” since everyone of Christ’s love-challenges to him, Jesus Himself had demonstrated. Just days before this beach exchange, Jesus had laid down His life for Peter (and for you, and for me).

WHY DO YOU LOVE WHO YOU LOVE?

Loveable people are attractive. Spend time with Jesus and you will be attracted to Him. Isaiah the prophet tells us that there was nothing physically appealing about Jesus. While someone who presents themselves well is going to be initially ‘attractive’, being truly attractive is not merely skin-deep. What made Jesus attractive was how He spoke to people, who He spoke to, how He treated people, and the kind of people He associated with. I’ve often heard that the only people Jesus didn’t like were the ‘religious types’, but this is not true. Jesus had a problem with those people who used religion as a veil to deceive, oppress, or abuse people! There is a kind of religion that is sincere, kind, generous, and God-honouring (James 1:26-27). Religion is not the problem that Jesus called out.

If Jesus asked you “Do you love Me?” how would you respond? The reason we might give is not the same reason God loves us! God’s love for us is undeserved, lavish, extravagant, and gracious. But our love for God is grounded in gratitude and demonstrated by how we love others on His behalf.

¶ Beloved, let us love one another, for love is from God, and whoever loves has been born of God and knows God. Anyone who does not love does not know God, because God is love.
First John 4:7-8

This exchange on a Galilean beach between two Galileans has revealed to us what real, true, authentic love is. Love is not love! God’s love is love; and, it never rejoices in wrong-doing (1Cor. 13:6). God’s kind of love is humble, selfless, serving, others-focused, and sacrificial. It begins by loving God and then loving on behalf of God. This exchange between Peter and the Supreme-Being veiled in human flesh also why we should love God (and others). Put simply, it is out of deep gratitude for what God has done for us through Christ.

We love because He first loved us.
First John 4:19

Can you imagine how this revelation would transform singles, marriages, families, and churches? I pray that we would not merely have to imagine it, but that increasingly we will witness it.