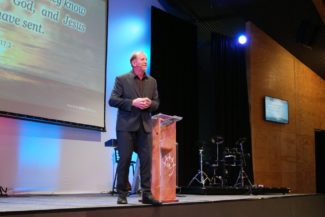 Earlier this year I enrolled in an Ancient Civilisations History course with Global University. The textbook is a 1kg, 1200+ page tome. Each chapter takes me about 5 hours to read. As I have grumbled my way through this course, Kim has continually interjected, “But you’re enjoying it, aren’t you!” And, as usual, she’s right. I am fascinated by history and particularly the history of past empires and the lessons to be learned from why an empire arose; and, why an empire collapsed. (I sit the final exam for this course next week.)  This leads me to reflect on the most common I answer I get from people when I ask them, “What was/is your least favourite subject at school?” So far, my polling sample is unanimous with their reply: History! Some schools incorporate their history subjects into Social Studies (“Sose”) which sounds to me like they are possibly trying to hide the foul-tasting medicine capsules inside a chocolate cake! Another associated question I often ask adults is in two parts: (i) Can you remember anything you learnt in school? (ii) Have you learnt more when you were at school, or since you left school? The answers I get to the first part of this two-part question are mixed, but the answer I get to the second part of the question is always the same: “I have learned way more things since I left school” This raises another question I then sometimes ask – How do you learn things? And that’s the question I’m going to ask you now.

THE FRAGILE CONNECTION BETWEEN TEACHING AND LEARNING 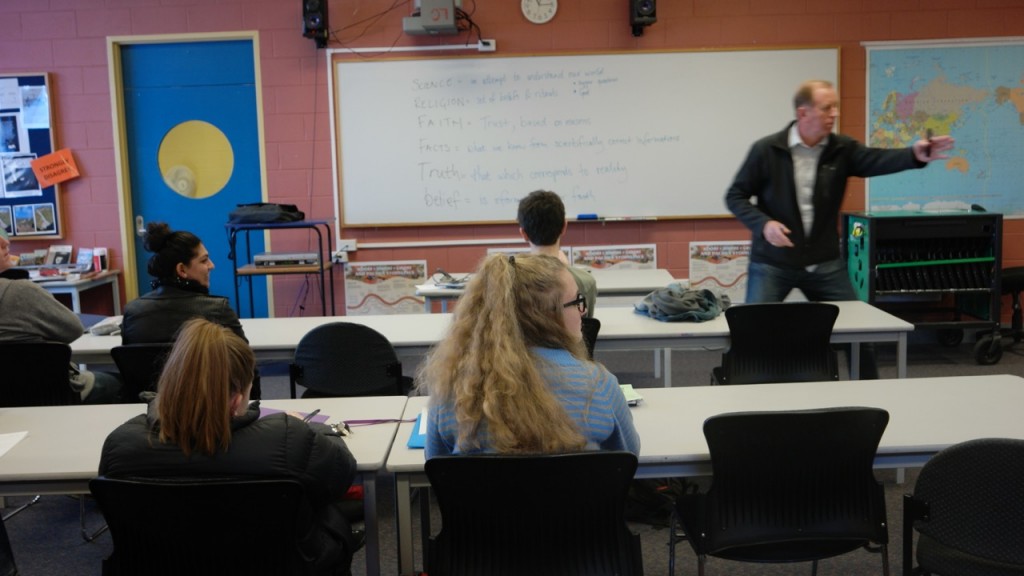 Ask any teacher and they’ll tell you this frustrating truth: Just because they’ve taught something, doesn’t necessarily mean their students have learned it! Experienced and gifted teachers come to realise that learning involves far more than the mere broadcasting of information (“chalk and talk”). It requires creativity, retelling, demonstrating, enquiring, piquing curiosity, energy, passion, and enthusiasm. It requires persistence!

It’s not just school teachers who experience the frustration of the disconnect between teaching and learning. The apostle Paul expressed the frustration that many pastors sometimes feel when it comes to teaching the way of Christ and some people never quite grasping it. Even spiritual truths have to be learned as well as taught.

For among them are those who creep into households and capture weak women, burdened with sins and led astray by various passions, always learning and never able to arrive at a knowledge of the truth.
Second Timothy 3:6-7

THE CRY OF THE LEARNER

Teach me to do Your will,
for You are my God!
Let Your good Spirit lead me
on level ground!
Psalm 143:10 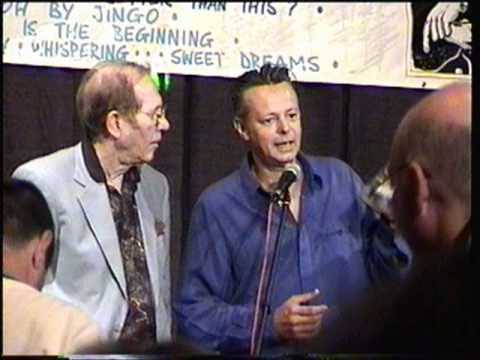 In 1999 “Mr. Guitar”, the aged Chet Atkins presented the young Tommy Emmanuel the highest award in guitar playing, The ‘C.G.P.’ (Certified Guitar Player) Award. Only four guitarists have ever received this honour.

The cry of the learner is – “Teach me!” We hear this cry throughout the pages of Scripture. Sometimes a really talented person describes themself as “a self-taught” person. But this is rarely entirely accurate. What they mean is that they have not had formal lessons. Tommy Emmanuel, widely considered the world’s greatest acoustic guitarist, describes himself as a ‘self-taught guitarist’. But listen closer to his story and you soon discover that he actually had several guitar teachers along the way, including “Mr. Guitar” Chet Atkins. It’s not that Chet Atkins gave Tommy formal guitar lessons, it’s that when the very young Tommy first heard Chet play on the radio, he began to “learn from the best” [Watch]. The point to sharing this little story about Tommy Emmanuel is that a lot of the best learning does not happen in a class-room—it happens in a heart and mind hungry to learn. There is an old Oriental proverb that says, When the student is ready, the teacher will appear. 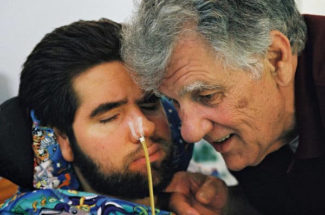 Sometimes it is a crisis that prepares a student to be ready to learn. When Augusto Odone’s son, Lorenzo, was diagnosed with the wasting and incurable disease adrenoleukodystrophy (A.L.D.) at the age of 4, Mr and Mrs Odone were told to go home and watch their son slowly die. But Augusto Odone, an economist with the World Bank, refused to accept the doctors’ verdict for his son. Despite having no medical training, he undertook to learn everything that a doctor was required to learn. Then he went beyond this and studied pharmacy. But he couldn’t wait to do all this over the usual 10 years ordinarily required for medical/pharmacy degree/s, because his 4-year-old boy did not have 10 years! The result was that he developed an oil which he called Lorenzo’s Oil, which when applied to his son added another 26 years to the life of Lorenzo. It was this crisis which gave Augusto the desire to learn as much as he could about medicine and it was his son’s prognosis of imminent death that gave him the motivation to do it quickly. It’s amazing what you can learn when you have the right motivation. (In 1992 their story was turned into a movie, Lorenzo’s Oil, starring Nick Nolte and Susan Sarandon).

And many peoples shall come, and say:“Come, let us go up to the mountain of the LORD,
to the house of the God of Jacob, that He may teach us His ways
and that we may walk in His paths.”For out of Zion shall go forth the law,
and the word of the LORD from Jerusalem.
Isaiah 2:3

WHEN WE LEARN BEST 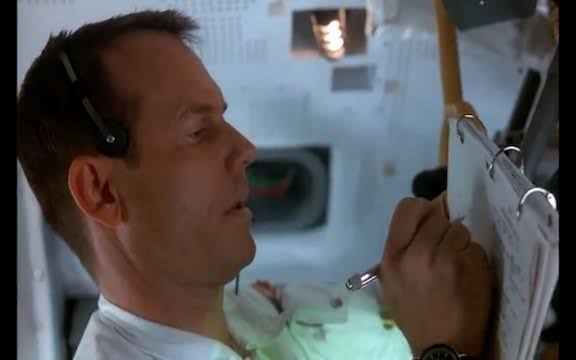 If you’ve seen the Tom Hanks’ movie, Apollo 13, you might remember that this doomed space-craft had a problem (“Houston, we have a problem”). In order to solve the problem the astronauts have to do advanced calculus with a pencil and note-pad so that they could get the correct orbit trajectory for re-entry into earth’s atmosphere. If you did calculus back in your school days, and excluding any astronauts or engineers, how many of us could recall today how to do calculus? For the Apollo 13 astronauts, their motivation for learning and performing calculus was a matter of life and death. This was a powerful motivator for learning this otherwise irrelevant mathematics. This perhaps illustrates that we learn best at the time when we already see the need to know it.

¶ Now Jesus was praying in a certain place, and when he finished, one of His disciples said to Him, “Lord, teach us to pray, as John taught his disciples.”
Luke 11:1

The crises and struggles we inevitably face throughout life can become great seasons of learning. This is why, for many of us, our greatest periods of learning do not happen during our school years, but after we leave school and enter the-school-of-life.

A DISCIPLE IS A LEARNER

But the Helper, the Holy Spirit, whom the Father will send in My name, He will teach you all things and bring to your remembrance all that I have said to you.
John 14:26

A disciple is a follower and learner. While Jesus healed many people, and performed many miracles, His main activity was teaching. When He taught, people commented that it was completely unlike anything they were used to. Jesus spoke about God as if He really knew what He was talking about. But He did more than that. He lived as if He knew God. This also clearly stunned His closest disciples. They saw an authenticity in Christ that they had never seen before. They wanted to learn from Christ. This was, and still is, the heart of a disciple—not just to learn from Christ, but to become like Christ.

¶ And when Jesus finished these sayings, the crowds were astonished at His teaching, for He was teaching them as one who had authority, and not as their scribes.
Matthew 7:28-29

To grow as a disciple of Christ involves continual learning which sometimes comes from unexpected and even surprising sources and circumstances.

HOW DO YOU LEARN?

I’ve often heard people say that you can’t learn anything from a book. Whenever I hear this I think to myself, “They’re not reading the right books!” God’s Word is a book. He has ordained for us to learn an unfathomable amount from it. It would, though, be more accurate to say that books are not the only way we can learn. We also learn by watching and observing others. Some people excuse themselves from learning anything new by repeating the mythological statement, “I’m too old to anything new!” The truth often is that an older, experienced, person often makes the best student! We might think of the apostle Paul as a great example of this. He came to Christ later in life. So much of what he had been taught and came to believe about God, the Scriptures, and salvation was shown to be overshadowed by the full revelation of the New Covenant. He was humble enough, and hungry enough, to learn from anyone, even those younger than him. As he grew in Christ, he probably discovered what every experienced teacher comes to know: teaching is one of the best ways to learn something!

Let the word of Christ dwell in you richly, teaching and admonishing one another in all wisdom, singing psalms and hymns and spiritual songs, with thankfulness in your hearts to God.
Colossians 3:16