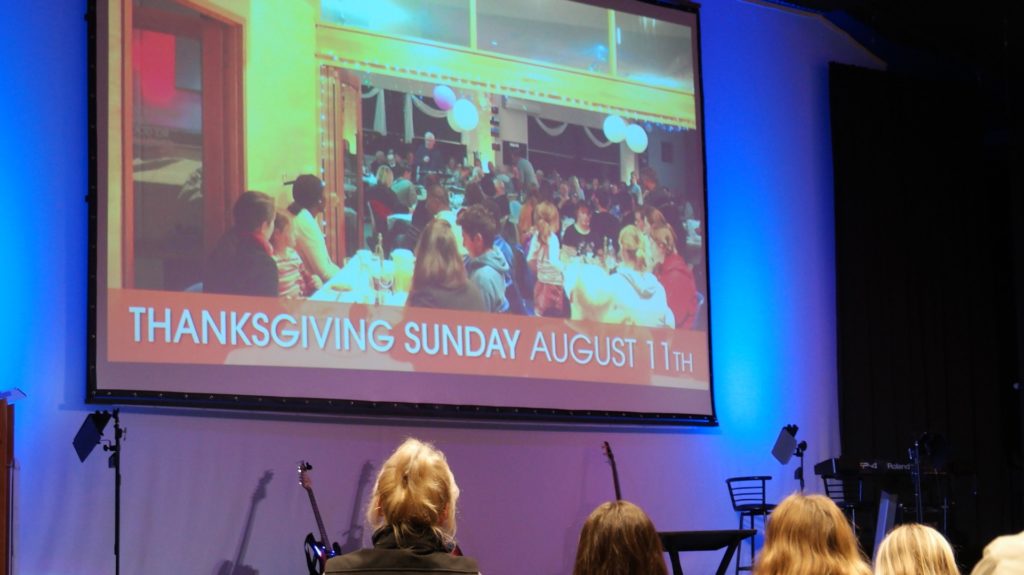 It might be easy to assume that all religions are like Christianity and spread by converting people; however, while there might be some exceptions, other religions predominantly grow by being born into them. Christianity is an evangelistic religion that appeals to people to be converted and become disciples (followers) of Christ. This might mean that Christianity, perhaps unlike other religions, leaves converts susceptible to falling away from their newfound faith because they would not have had the advantage of years of enculturation like those born into their religion. But, as Christ and His disciples taught, becoming a disciple is indeed marked by a conversion moment (even if it is subtle and not immediately recognised); but, it should not just be an event. When someone becomes a new Christian, their security and development in Christ can be ensured when they are taught, or catch, the essential truths of Christianity; namely, the Bible, about their salvation, and their place in the church. 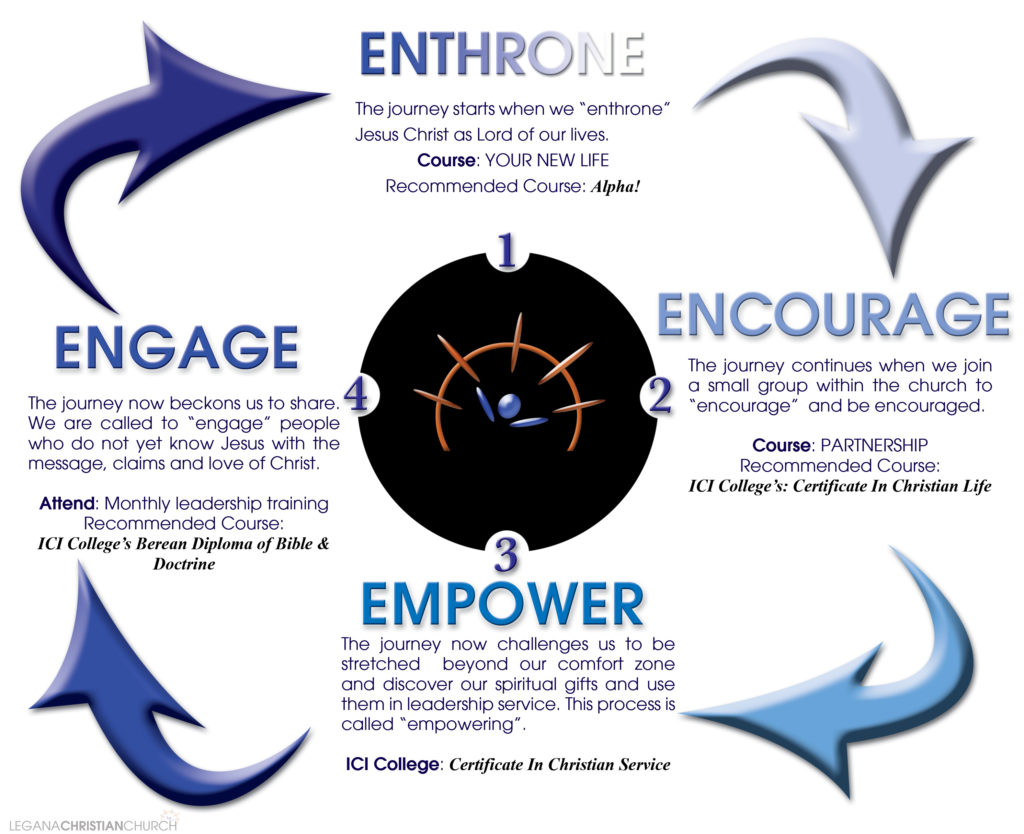 THE FIRST OF THE THREE STEPS TO UNSTOPPABLE CHRISTIANITY

The truths of Christianity are found in the Bible which also provides the instructions necessary to know and please God. This is affirmed by what the Scriptures themselves declare-

“All Scripture is breathed out by God and profitable for teaching, for reproof, for correction, and for training in righteousness, that the man of God may be complete, equipped for every good work.”
Second Timothy 3:16-17 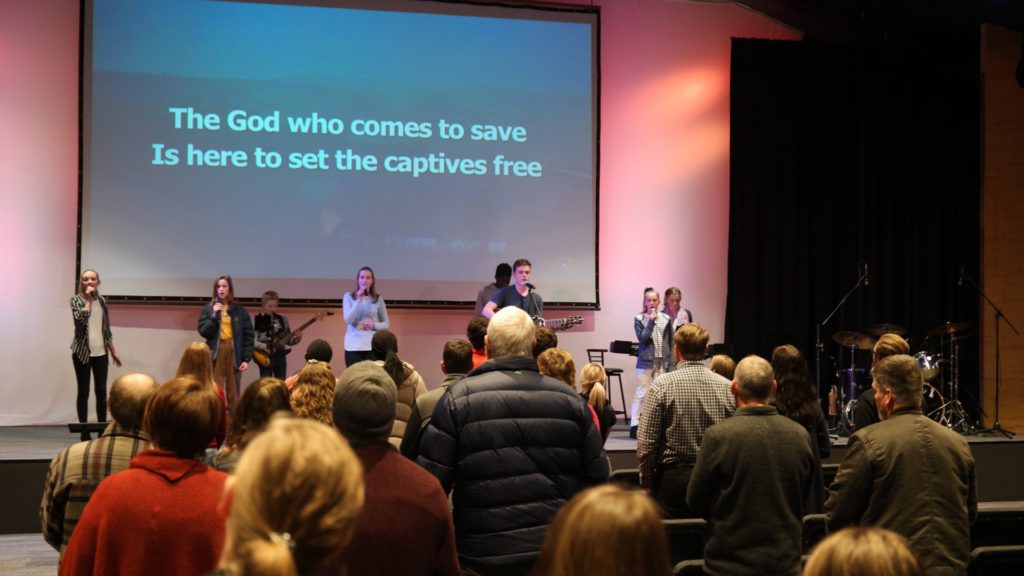 This makes the knowledge and understanding of God’s Word foundational for every Christian to grow in Christlikeness. In the parable of the sower and the seed, it was the seed sown in good soil, which Christ said was a metaphor for those who received the Word of God with understanding, who became the most fruitful for the Kingdom.

“As for what was sown on good soil, this is the one who hears the word and understands it. He indeed bears fruit and yields, in one case a hundredfold, in another sixty, and in another thirty.”
Matthew 13:23 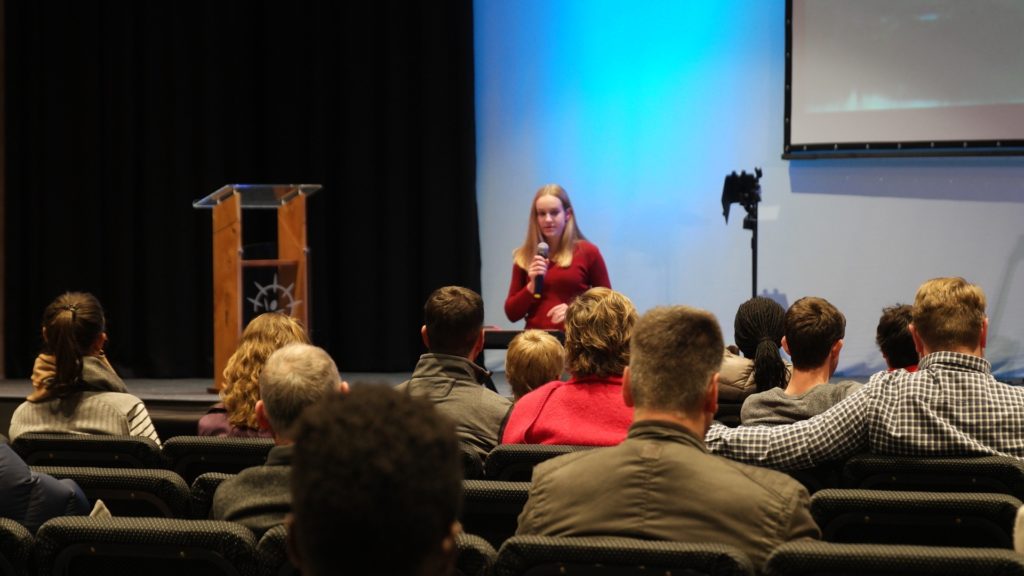 New Christians, in particular, must be taught why the Bible is God’s inspired and infallible Word to mankind (this establishes the objective authority for all belief and conduct), that its message is the consistent unfolding story of redemption (which dispels the false notion that the God of the Old Covenant is different to the God of New Covenant), that its contents nourish our souls and fascinate our minds (this motivates regular devotional reading and study of God’s Word); and, what the basic elements of sound hermeneutics (pertaining to the interpretation and application of Scripture) are (this buttresses against the new believer’s susceptibility to false gospels).

THE SECOND OF THE THREE STEPS TO UNSTOPPABLE CHRISTIANITY 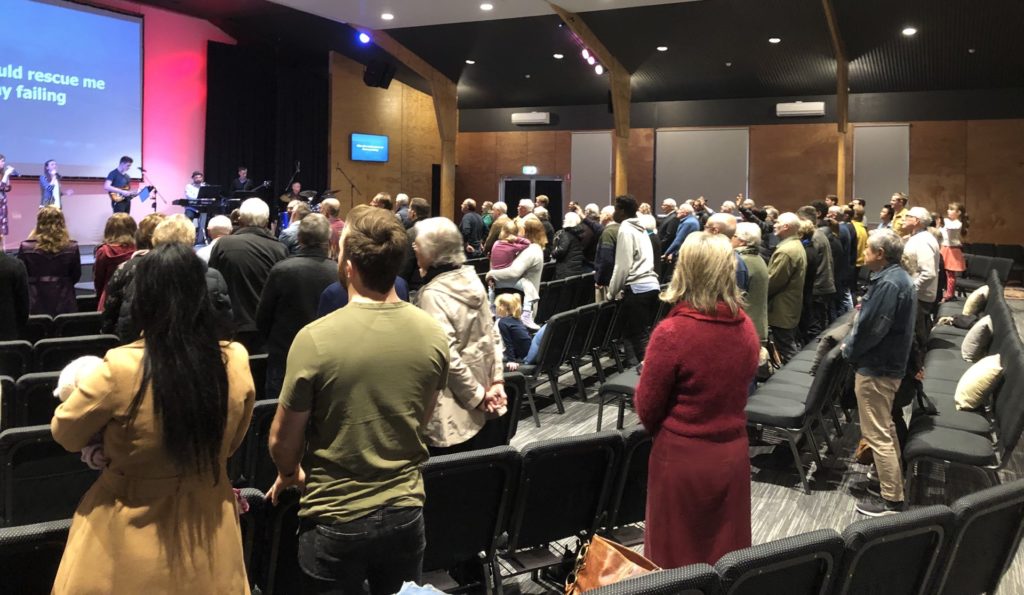 As well as understanding the importance of the Bible, a new believer should be taught that the distinguishing feature of authentic Christianity is that salvation is by grace through faith in Christ.

This makes Christianity completely different from false Christianity. Nearly all of the New Testament epistles provide an apologetic (a defence) for this doctrine of salvation. Some of the epistles even add a polemic (showing why a false argument is false) against the various false teachings which denied that salvation was by grace and were vying for the early believers’ acceptance (Col. 2:20-23). But the New Testament is clear that salvation is because of Christ’s merit alone, not human effort.

“For by grace you have been saved through faith. And this is not your own doing; it is the gift of God, not a result of works, so that no one may boast.”
Ephesians 2:8-9 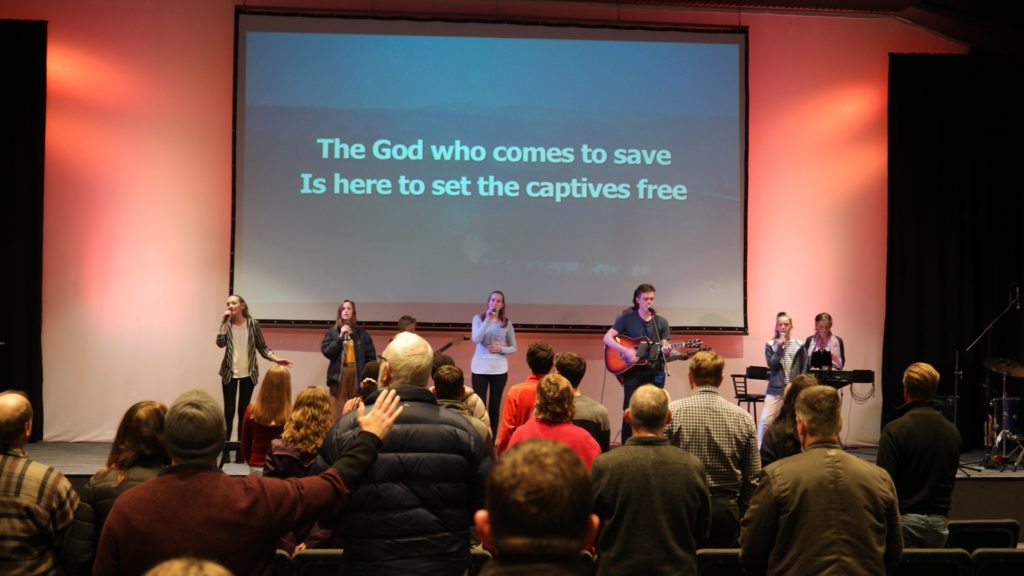 The new believer must be shown why this salvation provides right relationship with God because of Christ’s merit, not theirs, and that while their lapses into sin may inhibit their fellowship with God, it does not cancel their relationship with Him. This is critically important because the new believer is extremely susceptible to the lies of the enemy who will seize the opportunities afforded by a believer’s old fallen nature to bring them under condemnation and attempt to deceive them into feeling rejected by a disgusted God who must surely be fed up with them now. The new believer must be taught that the enemy’s lies bring condemnation and death (Rom. 8:1); but, the Spirit’s truth brings conviction and life (Rom. 8:2). This is why the New Testament makes it clear that our salvation was a type of resurrection from the dead which invokes the recognition that we could not initiate it.

“But God, being rich in mercy, because of the great love with which He loved us, even when we were dead in our trespasses, made us alive together with Christ—by grace you have been saved.”
Ephesians 2:4-5

Thus, Paul later declared that, “There is therefore now no condemnation for those who are in Christ Jesus. For the law of the Spirit of life has set you free in Christ Jesus from the law of sin and death” (Rom. 8:1-2). Thus, an essential aspect of salvation by grace through faith in Christ that a new believer must learn is that repentance is not just an event but the means by which our fellowship with God can be restored after we have sinned.

“If we confess our sins, He is faithful and just to forgive us our sins and to cleanse us from all unrighteousness.”
First John 1:9

THE THIRD OF THE THREE STEPS TO UNSTOPPABLE CHRISTIANITY

However, salvation is not just about our sins being forgiven and being made right with God. The late Howard Crago wrote that too many Christians view their decision to follow Christ as the end of their spiritual journey.

“This decision needs to be made, not because you might die to-night and go to hell, but because you will probably live to-morrow and go to work.”
T. Howard Crago, Real Discipleship, 1940, page 14

Salvation is also about being adopted by God the Father.

“He predestined us for adoption to Himself as sons through Jesus Christ, according to the purpose of His will.”
Ephesians 1:5

Being adopted involves coming into a new household – a new family.

“So now you Gentiles are no longer strangers and foreigners. You are citizens along with all of God’s holy people. You are members of God’s family.”
Ephesians 2:19 (NLT)

This household is the church.

“If I delay, you may know how one ought to behave in the household of God, which is the church of the living God, a pillar and buttress of the truth.”
First Timothy 3:15

The new believer must be shown that they now have brothers and sisters with whom they are now connected in the Spirit.

“For He who sanctifies and those who are sanctified all have one source. That is why He is not ashamed to call them brothers.”
Hebrews 2:11 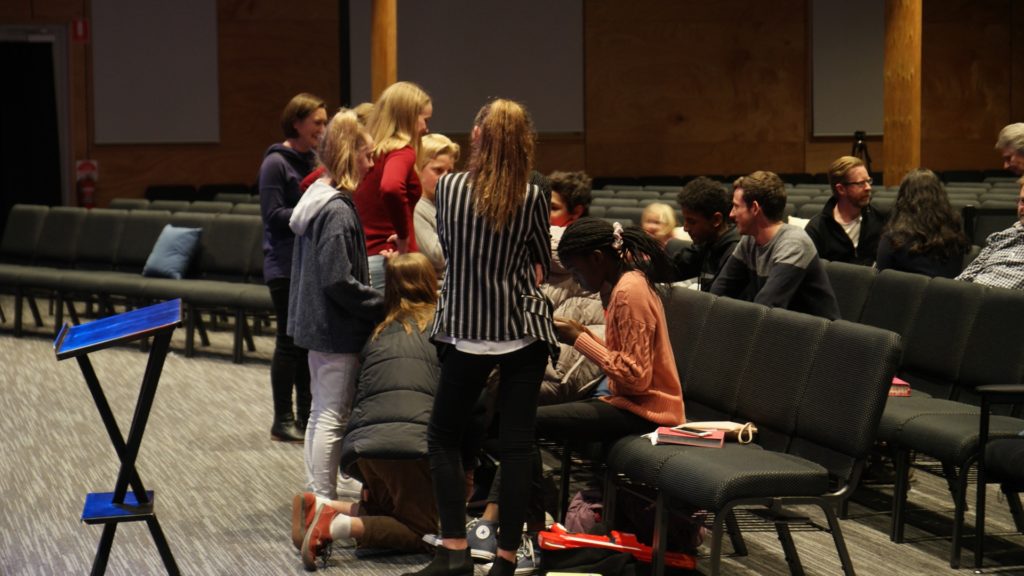 The weekly gathering of the local church, most commonly done on a Sunday, is therefore an essential time for all believers, not just for the new believer, to assemble together with their church family and should not be neglected (Heb. 10:25). It is in this community of believers that God has ordained for the newborn believer to be fed so that they can grow in Christ (1 Pet. 2:2), and as they do, together with their fellow believers, they become a vital part (a “living stone”) in the spiritual house that Christ is building (1 Pet. 2:5). It is only in this relationship with fellow believers that the believer can fulfil the commands of Christ to “let love be genuine” (Rom. 12:9), “love another with brotherly affection” (Rom. 12:10), “contribute to the needs of the saints” (Rom. 12:13), “rejoice with those who rejoice” and “weep with those who weep” (Rom. 12:15). This is why belonging to a local church is an indispensable aspect of Christianity that the new believer must be taught.

In Paul’s epistle to the Romans, perhaps the greatest explanation of what salvation entails, he grounds his arguments in the Word of God (Rom. 1:2; 4:3; 9:6; 10:11; 15:4) as he explains that salvation is a gift of God’s grace, and that those who are redeemed can only mature if they are committed to a local church. Having outlined God’s plan of redemption, he concludes by stating the believer’s response should be to present their lives as an offering to God (Rom. 12:1-3); contribute their spiritual gifts into the community of the church (Rom. 12:4-8); and, then learn to play their part in getting along with each other, and being a blessing to their brothers and sisters in Christ in various ways (Rom. 12:9-21). Of course, these truths only a means by which the believer can come to know and love God. Thus, by grounding the new believer in these three essential truths, the Bible, salvation by grace, and the indispensability of belonging to a local church, we have the best possible chance of securing the new believer in Christ and making Christianity unstoppable!