While driving through a township on the West Tamar Highway recently, I noticed that the streetscape was dominated by a church and its spire. This is also the case in many small towns in Tasmania. As I passed this church, I began to wonder what  people believe about the role of the church and of church leaders. Do they wonder about the Priests, Ministers and Pastors who shepherd the people within each of these church communities? Do they have an understanding of their role in the community? Can we, as followers of Christ explain priestly leadership?  Are those of us who serve Jesus Christ able to explain what church represents and the role and responsibilities of the Pastor, Minister or Priest and in doing so, point the enquiring person to the ultimate High Priest, Jesus Christ.

A good starting point for those seeking information in this area is the Epistle to the Hebrews. The author of the Epistle to the Hebrews addresses the nature, role and the significance of the position of priest and  places this role into its historical context.  He explains that the priestly duties delegated to, and undertaken by members of the tribe of Levi were a critical part of God’s plan for redemption through blood shed by animal sacrifices as outlined in the book of Leviticus. The author also reminds his audience of the role of the high priest, who once a year was required to enter the holy of holies in the tabernacle and subsequent temples. When a high priest was chosen under the Old Covenant, their role was clear.

For every high priest chosen from among men is  appointed to act on behalf of men in relation to God, to offer gifts and sacrifices for sins.
Hebrews 5:1

This person was expected to conduct himself in a manner that represented God’s love and care for His chosen people, even though he was subject to sin.

He can deal gently with the ignorant and wayward, since he himself was beset with weakness.
Hebrews 5:2

Because Jesus lived a sinless life,  He is perfectly placed to sympathise with our weaknesses (Hebrews 4:15). As a result, we have a heavenly high priest who fulfils His role perfectly.

Because Jesus was not subject to moral failure during His incarnation, His sacrifice was perfect and final. The requirement for regular animal sacrifices was removed. He became the guarantor of the New Covenant (Hebrews 7:22) which replaces the Old Covenant. This New Covenant is based on grace and sins forgiven as a result of the atoning work of Jesus’ sacrifice on the cross.

He has no need, like those high priests, to offer sacrifices daily, first for his own sins and then for those of the people, since he did this once for all when he offered up himself.
Hebrews 7:27

As High Priest, Jesus draws people to God and provides teaching and instruction through scripture. Jesus also warns us of the dangers that are inherent in living in a world that is affected by sin. In addition to these roles, Jesus has facilitated our forgiveness, is our advocate and prays for us. His perfect sacrifice as the Son of God has brought in the New Covenant.

Consequently, He is able to save to the uttermost those who draw near to God through Him, since He always lives to make intercession for them.
Hebrews 7:25

Prior to the Hebrews being freed from slavery in Egypt, it appears that there was no formal priesthood (with the exception of Melchizedek as described in Genesis 14). During this period, the head of the family normally took on the responsibility for instruction about God, encouraging, warning and praying for their family. This was a model that was part of God’s redemptive plan, and one that we should continue to implement today in a way that will supplement the pastoral leadership we receive at church.

Providing priestly leadership for our household should reflect Jesus’ role as high priest. Through His word, God instructs, encourages and warns us. We have the example of Jesus’ earthly ministry to assist us in shaping our earthly lives in  ways that acknowledge Him as Lord and steer us clear of the many dangers and pitfalls that we may otherwise be attracted to. When the head of a family takes on a priestly role, this will reinforce Jesus’ instruction. When the head of a household takes on a priestly role, spouses are encouraged and prayed with. Our children can be helped to take heed of God’s word and hopefully grow maturity in Christ. They can then benefit from preparation for life in a culture that seems to be turning away from God. Taking on a priestly role will allow us to strengthen our families in Christ and to be part of something glorious that we can share with others.

you yourselves like living stones are being built up as a spiritual house, to be a holy priesthood, to offer spiritual sacrifices acceptable to God through Jesus Christ.
First Peter 2:5

Let us all strive to be a part of God’s holy priesthood. 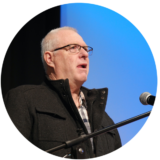