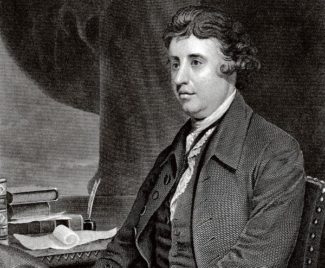 The eighteenth century Irish writer, philosopher and British politician, Edmund Burke, once famously said, “The only thing necessary for the triumph of evil is for good men to do nothing.” Perhaps his words touched a young boy by the name of William who would grow up with a desire to enter politics and do something about the evils of English society some twenty years after Burke uttered these words. If Burke was alive today, and he had heard what happened in New York recently – or what is being proposed in South Australia – he might say, “I told you so.” I’m guessing, many years ago in New York, some young people, influenced by an ideology, committed their lives to changing society’s attitudes. This may have led to them embarking on a ‘political pathway’. They probably joined the Democratic Party quite young. They probably joined neighbourhood committees, sporting clubs, charity boards, and even municipal councils. I guess they would have been frequent participants at rallies and protests and maybe even helped organise them. I can imagine that they were quite active on their college campus joining fraternities and clubs to expand their social contacts. And eventually, the day came, when they had the numbers in the New York Legislature to pass a bill strangely called, New York’s Reproductive Health Act. The new law allows for an baby’s life to be terminated at any point in its mother’s pregnancy. South Australia is now proposing similar legislation. 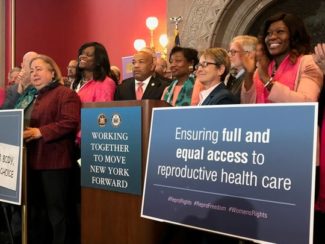 I speculate about the political pathway of New York’s Governor, Andrew Cuomo, and his political colleagues, because I believe that there are some hard lessons to be learned from it which I will soon point out and put out a call for young men and women to consider whether God is calling them on a political pathway to be ‘Esthers’ and ‘Daniels’ in an emerging generation of new political leaders of our State and nation. 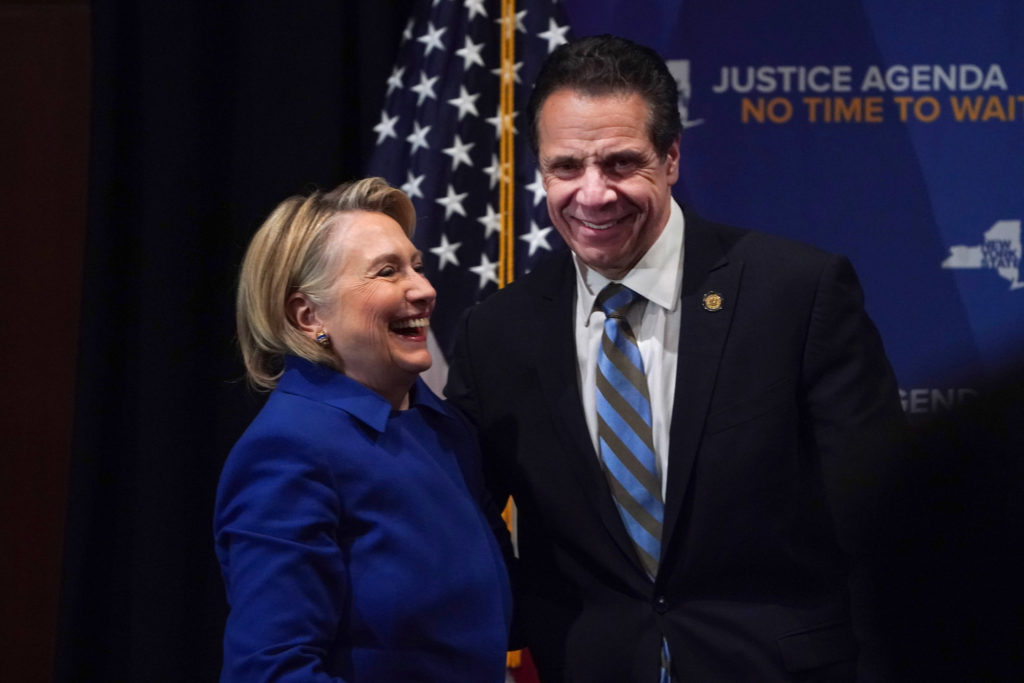 THROUGH HIM AND FOR HIM

I anticipate that there will be many people who will object to what I am about to propose. They will cry, “Separation of Church and State!” and assert that the Church should ‘stay out of politics’. But I’m not arguing for the Church to get into politics. I’m appealing for those followers of Christ whom God is calling to make a difference for good in our society to accept their call and get on a pathway toward it. (I might also point out that it is usually repressive regimes which have the purist forms of ‘Separation of Church and State’ and that human rights generally don’t fair well in those regimes). Australia has never adopted a ‘Separation of Church and State’ approach to societal well-being. Rather, Australia has always had a ‘Cooperation between Church and State’ approach. This is seen in many facets of our society such as education, health, and welfare. There are some problems in society that the Church is just simply better resourced than the State to deal with. (Money alone doesn’t solve every problem.) 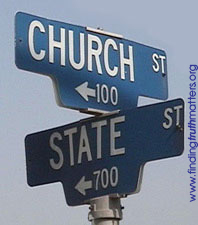 Our goal is not to ‘Christianise’ society. Our goal is to spread the fragrance of Christ into every arena of society so that women are not viewed as objects; children are respected and protected; leaders serve; politics guards; and sex is never unhinged from commitment. We strive for the vulnerable to be cared for. We seek for the enterprising to be ethically innovative, and development to be appropriate and sustainable. We want to inspire artists and artisans and imagineers to produce beauty. We want our environment to reflect its True Creator and for those called to subdue it to improve it. Thus, our mission is far bigger, far broader, far grander than just a ‘nice weekly worship service’. As Colossians 1:16 states, every realm of society – its governments, its institutions, its authorities – have been ordained by Christ to serve Christ for the glory of Christ.

There is not a square inch in the whole domain of our human existence over which Christ, who is Sovereign over all, does not cry, Mine!
Abraham Kuyper

The fruit of the righteous is like a tree producing life, and the one who wins souls is wise.
Proverbs 11:30

F.W. Boreham once famously wrote, then illustrated how, God’s answer to every problem the world has ever faced has been a baby. He showed how the people who God clearly used to bring about justice, needed reform, and great good, came to necessary maturity just as the world faced its darkest hours. And while many Christians have put their hats in the ring of politics to make a much needed difference, all too often they have virtually attempted to ‘jump the queue’ in the process. It’s time we got a bit more intentional (and savvy) about how we encourage and support the divinely called into a life of political ministry. Simply seeing the need, or being well-intentioned, is not enough to qualify someone as an electable candidate. Despite what some think, winning a political election is not just a matter of ‘luck’!

Sometimes the ‘queue’ looks like saying hello to more people than most; running for SRC at Primary School (and if unsuccessful, trying again); joining a High School sporting team; joining Rotary; getting involved in community groups (such as Neighbourhood Watch); volunteering for a local charity; serving on the board of a not-for-profit organisation; attending more functions (including friend’s parties and more formal events); joining a political party; volunteering to help an already elected member get re-elected; getting involved in a Trade Union or University fraternity or club; standing for local council (and if you fail, running again); and then once you have personally connected with a few thousand people, run for State or Federal Parliament. Of course, in the meantime, get a trade or profession and diligently apply yourself in it in order to achieve two important things: (i) a strong work ethic; and, (ii) a strong reputation as a person of upstanding character. While many people have been taught that Proverbs 11:30 is about evangelism, its context is a actually a reflection of all that I have just proposed for someone who is a potential political candidate because what King Solomon is saying is that a wise person is someone who takes the time to get to know a lot of people and wins them over.

Perhaps you were born at just the time to be God’s response to the cries of God’s people (Esther 4:14). 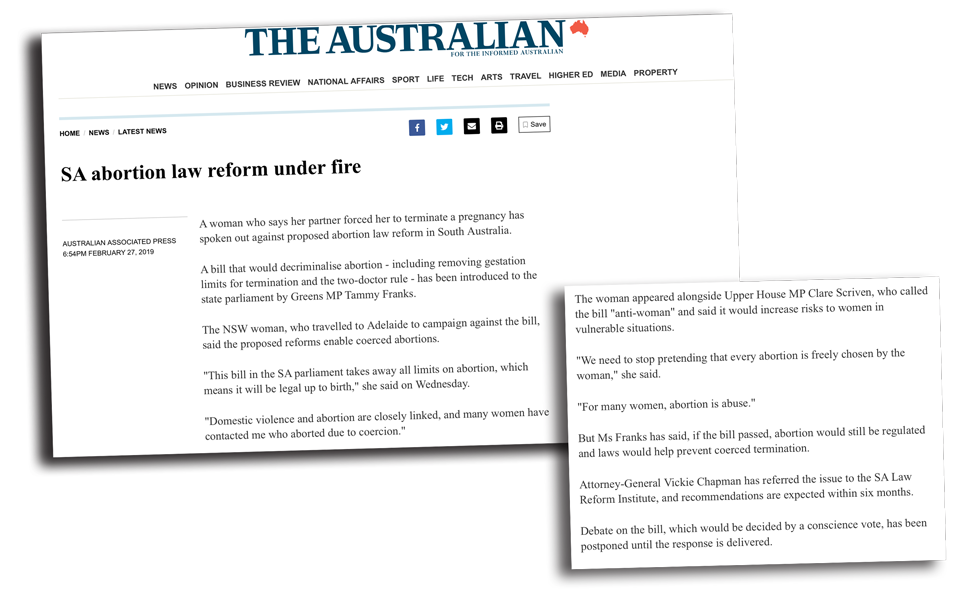 ¶ During those many days the king of Egypt died, and the people of Israel groaned because of their slavery and cried out for help. Their cry for rescue from slavery came up to God. When the LORD saw that he turned aside to see, God called to him out of the bush, “Moses, Moses!” And he said, “Here I am.”
Exodus 2:23; 3:4

Of course, I’m not suggesting that Christians in politics is the sole solution to society’s woes. But I am saying that it is a necessary part of it. It is my hope that young men and women in our church who are called by God to enter politics will take advantage of all the leadership development resources we offer and equip themselves to reach their leadership potential. This is one of the reasons we have a Youth Group. It is a seed-bed for youth leadership development. In my next instalment, I want to talk to another group of young people in our church, without whom my appeal for people with a political call on their lives to step-up will be made very difficult, if not impossible.