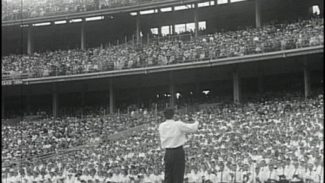 Apparently, some time ago, one of the world’s most respected theological publishers, Banner of Truth Trust, announced a list of the world’s greatest preachers of all time. These were the preachers whose preaching shaped their world, and ours, for generations to come. Not surprisingly, Jesus of Nazareth topped the list. (I’m rather pleased to inform you that F.W. Boreham was among the top 20 on that list.) It does cause one to ask though, What constitutes a preacher as ‘great’? As a preacher, I’d also be interested to know how one becomes a ‘great’ preacher.

The point is, Before you trust, you have to listen. But unless Christ’s Word is preached, there’s nothing to listen to.
Romans 10:17 THE MESSAGE 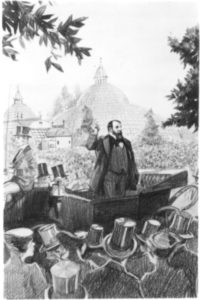 for “‘In him we live and move and have our being’;
¶ as even some of your own poets have said,
“‘For we are indeed his offspring.’
Paul of Tarsus, Acts 17:28

WHAT THE GREATEST PREACHERS ALSO DO 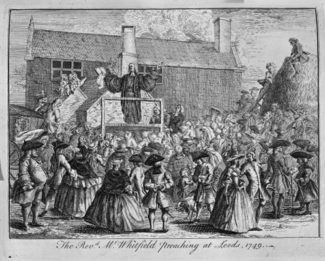 Determining who should be considered among the greatest preachers is generally based on the level and scope of their influence and effectiveness. This is why the Apostle Paul is rightly considered to be the most influential preacher of all time (after Christ of course). His preaching clearly impressed people. The people of Lystra (Acts 14:12), for example, thought he was the god Hermes since he was such a good speaker. Was it his training that made him a great preacher? Was it his level of practice? Was it his dedication? Was it his great learning? There is something often overlooked about each of the truly great preachers that made them great, especially the Apostle Paul, : they prayed – but not how you might think.

The universal trait of every great preacher is that they were unusually intense pray-ers. You would be forgiven for thinking that great preachers often prayed to be a great preacher. But the evidence suggests that this was never their prayer focus. Using Paul as our model, we can see from his epistles just how this great preacher prayed. Reading his epistles, one thing becomes very clear about how Paul saw the connection between prayer and preaching: he saw them as a partnership, a dual partnership. This dual partnership was firstly between prayer and preaching, and secondly, his support community and him. Note these two Scriptural examples.

¶ Finally, brothers, pray for us, that the word of the Lord may speed ahead and be honored, as happened among you,
Second Thessalonians 3:1 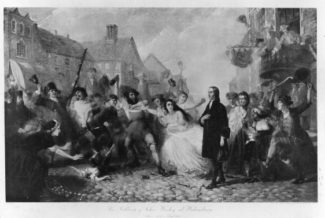 If you have ever heard a great preacher, you can be certain that there is a team of people praying constantly for them and the effectiveness of their message. When the Apostle Paul sought prayer from those he turned to, he didn’t seek it so much for himself, rather, he sought it for its effectiveness of the preached Word when it was preached to those without Christ (note the two examples above). Down through the ages whenever God raised up a preacher, He also raised up their support team who would pray for the effectiveness of their preaching. Perhaps the most recent and clearest example of this would be the one they called, The Prince of Preachers, Charles Haddon Spurgeon. He became a preacher at the age of 16. By the age of 19 he was pastoring a small Baptist church near the Thames in London. His friends and family back home in the countryside where he came from were praying constantly for the young preacher with the strange country twang to ears of Londoners. By the time he was 26, his church had grown far bigger than their building could hold. A public building was leased while the church constructed its new facilities in Elephant and Castle (inner London). Over 30,000 people gathered in that building to hear the young preacher and thousands of them made a commitment to Christ over the coming years. When Spurgeon opened ‘Metropolitan Tabernacle’, it could hold 6,000 people and they could hold up to five services a Sunday to fit the crowds in. This tabernacle was built with a furnace room downstairs and whenever Spurgeon preached there was always hundreds of people down there praying for the effectiveness of his message!