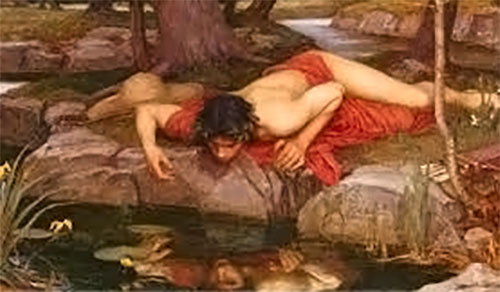 According to Greek mythology, Narcissus was the son of the god of water who was endowed with incredible beauty. While there are variations of the story, they all seem to agree that one day he was walking through the woods and came across a pond where he saw his own reflection. He was so enamoured with his own good looks that he couldn’t stop admiring his own reflection. Wanting to get ever closer to his object of desire (himself), he eventually fell into the pond and drowned. Before his tragic end, Narcissus had several suitors attempt to get closer to him. But his own opinion of himself meant that he viewed everyone else with contempt and refused to keep company with anyone else but himself. His name is now used by Psychologists to refer to people who are self-absorbed with themselves and completely indifferent to others. They refer to such people as narcissists. Narcissism, which is self-focus, makes a person incredibly prone to depression and unable to form a meaningful relationship with others. But there is a remedy and it doesn’t need to come in a bottle or an appointment with a counsellor.

¶ Then Jesus told His disciples, “If anyone would come after Me, let him deny himself and take up his cross and follow Me.
Matthew 16:24 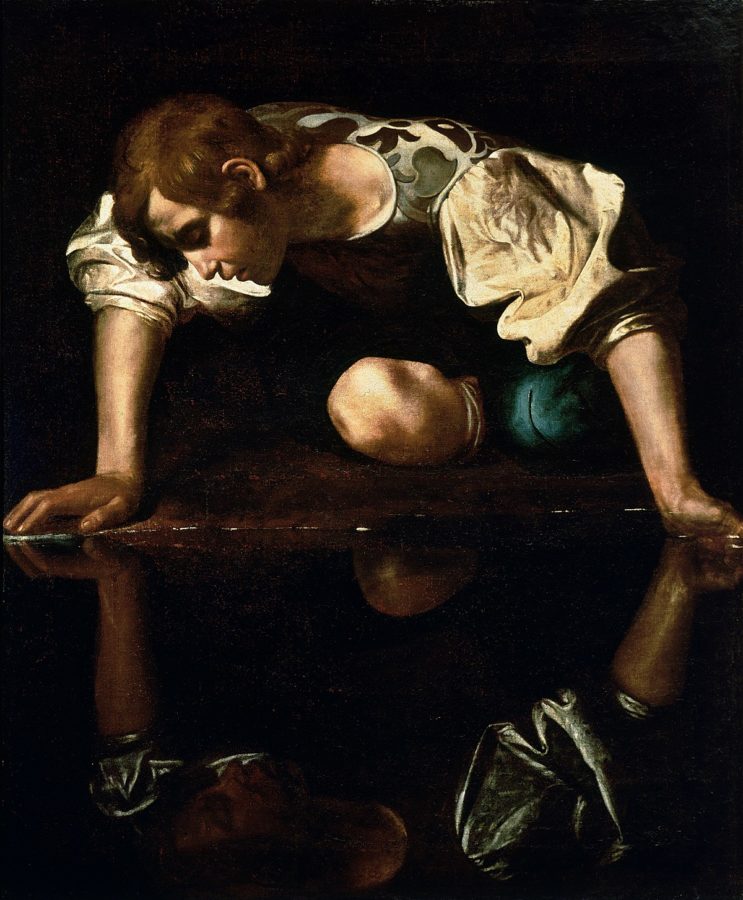 Most versions of the Narcissus myth describe him becoming increasingly depressed as he struggled to find anyone other than himself to satisfy his desire for beauty. The more he cut himself off from others, the more depressed he became. Technology expert, Brad Huddleston, writes in his book, Digital Cocaine, that today’s narcissists aren’t so much looking into ponds as much as they are looking into screens. But the effect is still the same. The most “socially-networked” generation in human history is ironically the most socially disconnected, and also the most depressed generation in human history! To make matters worse, the remedy that is often prescribed to those blighted by this malady is turning out to be the very poison that caused their condition in the first place! This means that we are now possibly witnessing the most hurt, broken, confused generation ever to live.

“Stolen water is sweet,
and bread eaten in secret is pleasant.”
But he does not know that the dead are there,
that her guests are in the depths of Sheol.
Proverbs 9:17-18

I can’t blame them for being confused, and neither should you – because they are doing exactly what culture tells them is right, normal, and good – and not only is it not working – it making them worse! (There was also a time when doctors thought arsenic was good for ill people!) Despite these false assurances from these false remedies, they are ending up feeling even more lost, lonely, unloved, and disconnected. The fruit of all this is evident. Some of these deeply wounded people have 5,000+ Facebook friends and yet no friends. Many of them are addicted to internet porn but have never experienced intimacy. All of them ‘chat’ digitally but never talk face to face with anyone.

THE MOVIE WE CAN’T ALL STAR IN 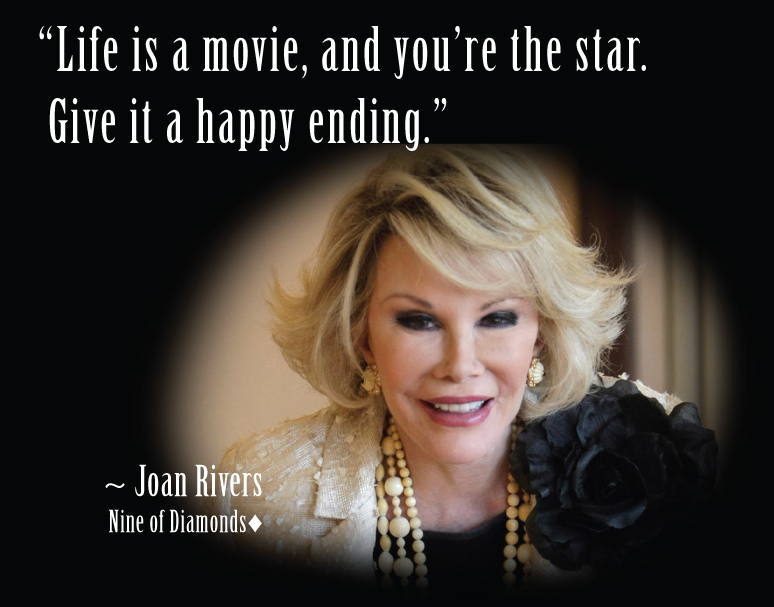 If Joan Rivers actually said this, she was wrong. In one sense, life is a movie. There is a script. History really is His-story. There is a Star in this movie. But we are not Him. The truth is that we all play a “supporting actor” role. Some of us only appear ‘on screen’ for a metaphoric 5 seconds. Others of us aren’t even on set for that long! But our role – no matter how long we appear for – is still the same. As supporting actors our role is to make the leading actor really shine like the star He is.

You search the Scriptures because you think that in them you have eternal life; and it is they that bear witness about Me
John 5:39

And beginning with Moses and all the Prophets, he interpreted to them in all the Scriptures the things concerning Himself.
Luke 24:27

Yet, many hurting and confused people have been further lied to about their role in this grand life movie. They have been told by well-meaning people that they “can be anyone they want to be“, or “do anything they set their mind to.” This is a cruel lie. The Producer of this grand movie has assigned to each of us a role that fits us perfectly – and it’s not the lead role, His Son has been cast for that role.

Take care lest your heart be deceived, and you turn aside and serve other gods and worship them;
Deuteronomy 11:16

THE GOSPEL IS THE REMEDY

The Gospel calls us to worship the only One worthy of worship. This takes the focus off us and redirects it to where it should be – God. Perhaps the only way those infected with narcissism will come to realise this is exactly what they are looking for (and need) is when they see its beauty and power in the lives of those whom it has already redeemed. These redeemed ones are those who live lives of Godward worship and thus experience the peace and joy in the midst of life’s inevitable storms that result. By surrendering to God in worship, a person is coming home to where they have always belonged. We were all created to worship God – the One who is altogether beautiful and magnificent. Worship is offered by an act of surrender to our God and is an acknowledgment of His right to rule our lives. We can worship God in our car, in our home, in our workplace, in a shopping centre, by continually having our hearts surrendered to God. But the most powerful, beautiful, natural, form of worship is when we sing. Christianity sings its worship. This leads me to my concluding thought and the second (and essential) component for the healing and recovery of any narcissist.

THE THERAPEUTIC COMMUNITY OF THE REDEEMED

The Gospel is the remedy for people infected by narcissism. But its full potency can only be experienced within the community of the redeemed. This is why God has designed for everyone to be in a family.

Father to the fatherless,
defender of widows—
this is God, whose dwelling is holy.
God places the lonely in families;
he sets the prisoners free and gives them joy.
But he makes the rebellious live in a sun-scorched land.
Psalm 68:5-6 NLT

But not everyone’s experience of family has been what God intended. This is why the definition of ‘family’ in the gospel is much broader than just our immediate kin. It encompasses the community of the redeemed – the local church! This is why the New Testament uses family language to describe the members of a local church.

¶ Do not rebuke an older man but encourage him as you would a father, younger men as brothers, older women as mothers, younger women as sisters, in all purity.
First Timothy 5:1-2

This is why coming together each Sunday as the community of the redeemed is like good medicine for the recovering narcissist. It inspires them to lift their vision off of themselves and onto the One whom they were made for; and, it puts them in proximity with brothers and sisters with whom they can be seen and see which reminds them that God’s plan for them is to be a blessing to others in Jesus’ Name. Simply being in church on Sunday, even when you don’t feel like it, is good for our restless souls. And it is definitely something worth reflecting on for those whose souls are aching with the same deception that ended up drowning the mythological Narcissus.

“Thou hast made us for thyself, O Lord, and our heart is restless until it finds its rest in thee.”
Augustine of Hippo, “Confessions”