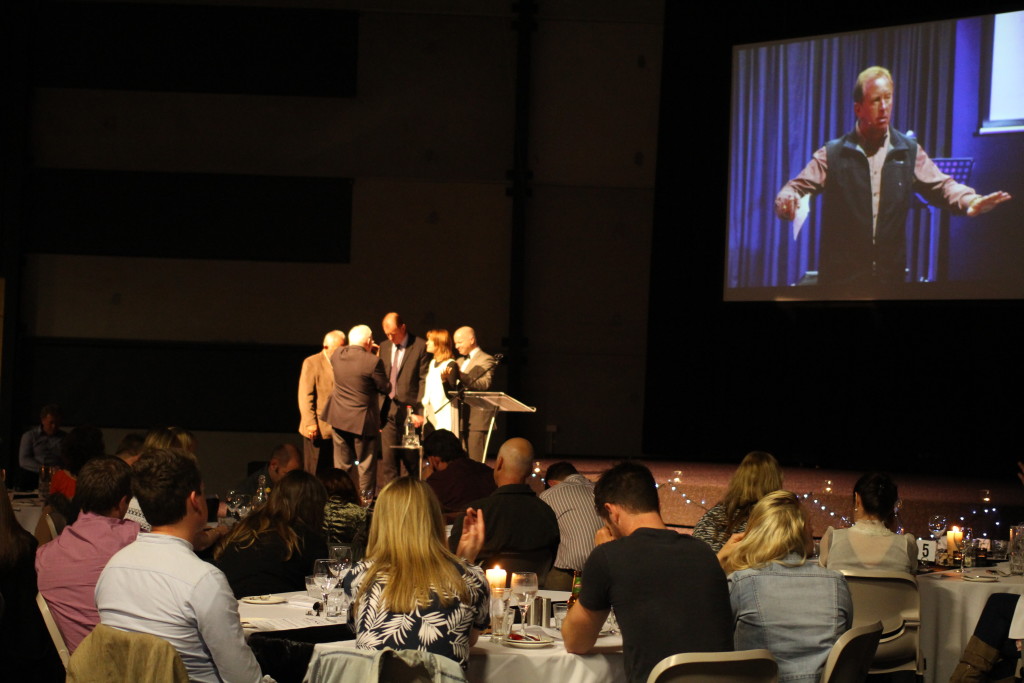 Around my twentieth anniversary as the pastor of Legana Christian Church, I reflected on my three biggest paradigm shifts. Looking back, I can see that with every stage of growth in my soul there has been a corresponding change in perspective. When I was an Assemblies of God minister I enjoyed tremendous fraternity with my fellow pastors. There are many advantages to being a part of a larger denomination. The AOG in Australia, now known as The Australian Christian Churches (ACC), has some wonderful strengths – excellently run conferences, a highly professional head office with diligent administration, a drive to reach the unchurched, a passion for excellence, a striving for relevance. I can honestly say that I have never met an ACC minister who did not love God and have a commitment to serve Christ. But as I was undergoing my paradigm shifts, I was gaining a different perspective on church and pastoral ministry that put me out of sync with the ACC.

And He gave the apostles, the prophets, the evangelists, the shepherds and teachers, to equip the saints for the work of ministry, for building up the body of Christ,
Ephesians 4:11-12 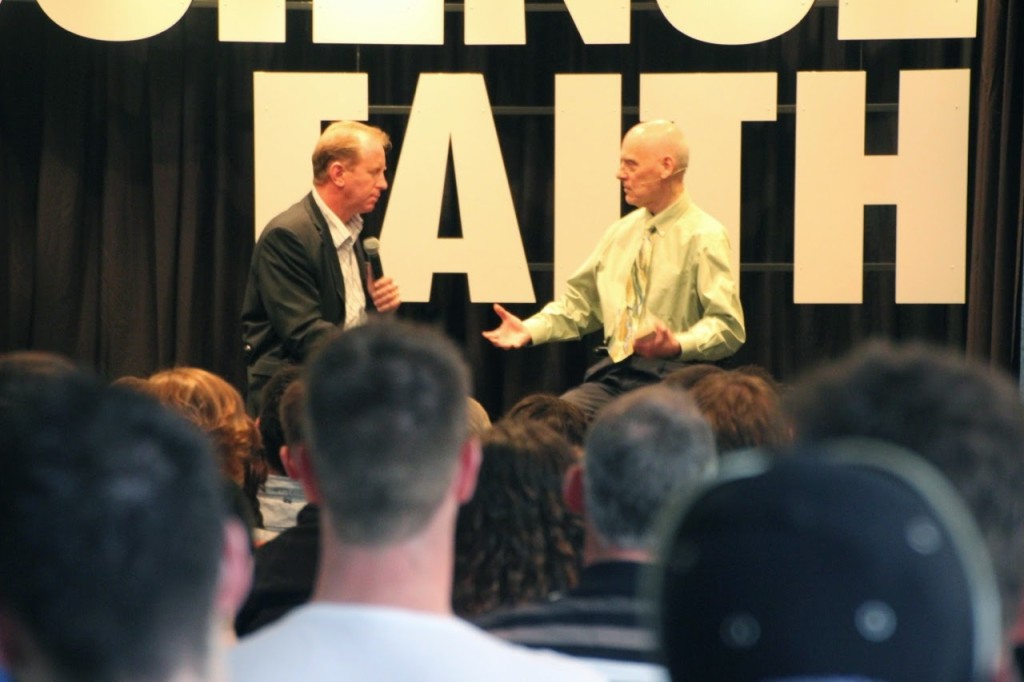 A pastor’s main responsibility is to shepherd the sheep entrusted to him by the Great Shepherd. This is done by presenting Christ as clearly and attractively as possible through their example of devotion to Christ, how they raise their family, how they treat others, and, how diligently they study, preach, and teach, God’s Word. All of these aspects are informed by how the Word of God is understood. This is why I mention the influence of two significant people at this point which shaped the way I understood God’s Word. Just after I had developed my understanding of eschatology I was having a discussion about creation theology when Pastor Ron Wilson recommended that I read a book called, A Matter Of Days by Dr. Hugh Ross. I have now read nearly all of Dr. Ross’s books and have benefited greatly from them. I have also had the privilege of becoming acquainted with Dr. Ross and have enjoyed getting to know him over meals and even bushwalks. I will ever be grateful to Pastor Ron Wilson for introducing me to the works of Hugh Ross and helping me to see that “taking the Bible literally” doesn’t mean that we take it in a wooden literal way, but rather, we take it as it was intended to be taken. By doing this we soon see that words in the Bible are used in different ways throughout the Bible. This particularly applies to the word “day”. It has 4 literal meanings in Scripture – (i) an unspecified period of time (Gen. 2:4), (ii) daylight hours (John 11:9), (iii) twenty-four hours (Acts 10:9), (iv) an era (particularly, a lifetime, note Matt. 2:1; 7:22, eg. ‘Back in my Grandfather’s day’).

So receive him in the Lord with all joy, and honor such men,
Philippians 2:29

Before I conclude with a tribute to my greatest influencer, I should mention that around this time I was introduced to John Piper with the gift of a book from my pastoral predecessor, Philip Morgan, called, The Godward Life. Dr. Piper contributed to the formation of my hermeneutic by helping me to accept God’s sovereignty, deepening my understanding of His grace, and seeing the ultimate purpose of God (and therefore all that He has created) as His glory. I also became reacquainted with Trevor Chandler at this time. He became an annual visitor to our church and a regular phone-caller in-between. Trevor became one of the most encouraging men in life. He flattered me by describing my explanation of the Book of Revelation, The Most Embarrassing Book In The Bible, as “One of the best explanations of the Book of Revelation that I have ever read!”

THE HUMANITY OF MY INFLUENCERS 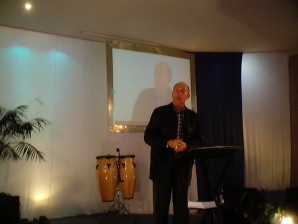 Each of the people I have referred to have had flaws. I think of David Cartledge. Many people couldn’t handle David’s ‘alpha-male’ personality. But I really appreciated David. He once said something privately to me which was one of the most encouraging things anyone has ever said to me. Some of my influencers were great pastors, yet not great parents. I still learned from them. Trevor Chandler was a gruff man who offended people. I could see why. But I loved the man. He had a heart of gold coloured marshmallow beneath a veneer of toughness. Other influencers have had problems which only became evident as I got to know them. I had learned to overlook these and receive the grace of God into my life that God had placed on them. Even my greatest influencer had strengths and flaws. I have learned that God’s teaching moments can come from positive and negative examples even when they occur in the same person! And before I introduce and conclude with a tribute to my greatest influencer, it should go without saying that the bigger the leader the bigger the criticism. Of all my influencers, my greatest influencer was easily the most criticised. The way he handled that criticism has been one of the most extraordinary lessons I have ever received.

This above all: to thine own self be true, And it must follow, as the night the day, Thou canst not then be false to any man.
Polonius to Hamlet, Hamlet, Act 1, Scene 3

There is an ancient Oriental saying – When the student is ready, the teacher will appear. I was ready. I had reached a point where I had a clear vision of what I wasn’t. I had a clearer vision of what I needed to become. I had grown disinterested in being the C.E.O. type of pastor I was being encouraged to be. I knew that the Biblical model of a pastor was one who equipped believers to do the work of the ministry rather than one who promoted the divide between ‘clergy’ and ‘laity’ where the pastor did it all. I was convinced from the Scriptures that God expected shepherds to gather and not scatter and this involved reaching people well outside the walls of the ‘sheep-fold’.

And the Lord said to Paul one night in a vision, “Do not be afraid, but go on speaking and do not be silent, for I am with you, and no one will attack you to harm you, for I have many in this city who are my people.” And he stayed a year and six months, teaching the word of God among them.
Acts 18:9-11

Judith Brain, the daughter of a veteran Methodist Minister, introduced me to my most influential influencer when she invited me around to have some of her late father’s library. Among those precious books I came away with that day was, I Forgot To Say. That book sat on my office shelves for months until one day I picked it up and my world changed from that moment. This was the day I met Frank William Boreham. Reading that book was like sitting on a verandah with the grandfather I didn’t know I had and having him give me the benefit of six decades of successful pastoral experience. The opening chapter of this book, called “Wet Paint”, was exactly what I needed to hear at that time in my life. The day that I met F.W. Boreham was the day I met a man called to be a pastor but engaged in a deep struggle to fulfil that call effectively. His first pastorate was a small church outside of Dunedin, New Zealand, where he arrived in 1895. Having sat under the ministry of Charles Spurgeon and having been the beneficiary of Spurgeon’s generosity which enabled him to attend Spurgeon’s Pastors College, Boreham was ready to preach.

But he soon realised that pastoring involved far more than giving nice sermons. Twenty-four years of age, half-way around the world, and bearing the legacy of a painful disability he kept a secret from all, Boreham felt bankrupt after arriving in Mosgiel and realising his total inadequacy for the task he was now responsible for. The old Scottish immigrants of Mosgiel, whom he described as having faces like granite, soon scolded him over his cold preaching style. The women of Mosgiel tore shreds off him for not being able to make small-talk whenever he visited. FWB knew he had to learn how to pastor people.

He knew that the pulpit had to be his greatest strength. He would travel to Dunedin and sit in the law courts and learn from criminal barristers who attempted to persuade a jury of their client’s innocence. 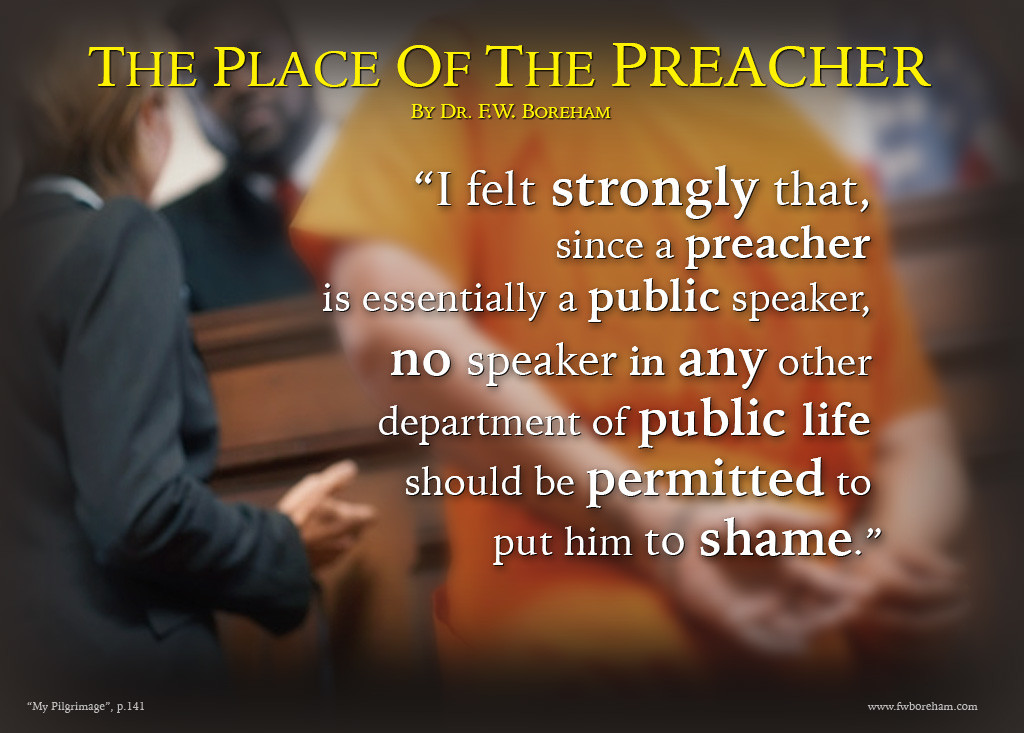 Boreham would go on to discover that there is a great romance to be enjoyed between a pastor and his congregation. In 1906 he moved to Hobart, Tasmania, where he would emerge as one of the world’s finest preachers and Christian essayists. By 1924 he was being described as “the most influential preacher in the world”. Yet all the while he considered himself to be just a local church pastor.

“One day he tossed over to me a tart letter from a woman commanding him to preach the Gospel. She was apparently misled by one of his intriguing titles. All who heard Frank Boreham knew full well that, however far away on the circumference he began, he always came to the very heart of the Gospel. The letter hurt him and I advised him to consign it to the waste-paper basket and forget it. ‘I have, already answered it,’ he said. ‘I wrote and told her that I appreciated her concern for the preaching of Christ’s Gospel and asked her to pray for me that I may be a faithful minister of the Word.’” – Sir Clarence Irving Benson

(Dr. C. Irving Benson was a friend of Frank Boreham, a leading church leader in Melbourne and pastor of the Wesley Church, Melbourne.)

There’s a lot more I could say about how F.W. Boreham has influenced me as a pastor to see every person as precious, and the local church as the hope of the world. And if you’re really interested to know what that is then you can check out the documentary I made about it by clicking here.