Jesus is still the most attractive man who has ever walked our planet. He is still, by a long way, the most Googled person on the internet. More books have been written about Him than any other person, and those who have followed Him, including the Apostle Paul, Augustine, and Martin Luther, have only achieved universal and time-less fame ranking books about them in the top most read biographies, because they followed Him and ended up bearing His resemblance.

¶ Now there are also many other things that Jesus did. Were every one of them to be written, I suppose that the world itself could not contain the books that would be written.
John 21:25 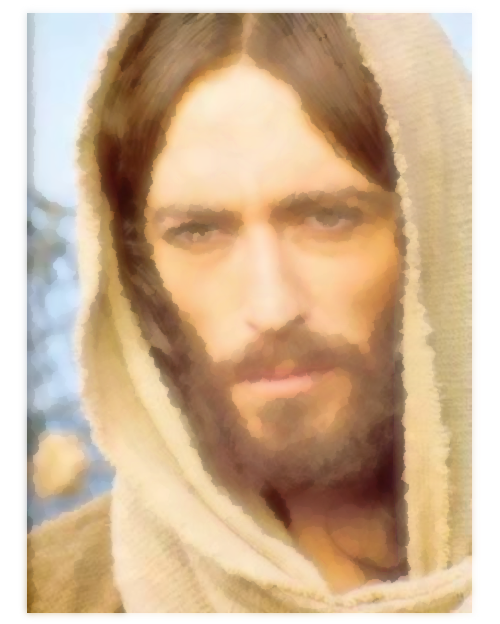 In His days on earth, He was the object of fascination by ordinary folk, military commanders, religious leaders, and royalty. Thousands of people flocked to hear Him. Women and children longed to be with Him and were usually granted unusual access to Him. Despite Him being on the gravest mission of all time, He took time to play with children and publicly sit with women.

¶ Then children were brought to Him that He might lay His hands on them and pray. The disciples rebuked the people, but Jesus said, “Let the little children come to me and do not hinder them, for to such belongs the kingdom of heaven.”
Matthew 19:13-14

But Jesus also had some people who didn’t like Him! Mostly, these were people who were threatened by them because He condemned their abuse of others.

¶ Many of the Jews therefore, who had come with Mary and had seen what he did, believed in him, but some of them went to the Pharisees and told them what Jesus had done. So the chief priests and the Pharisees gathered the council and said, “What are we to do? For this man performs many signs. If we let him go on like this, everyone will believe in him, and the Romans will come and take away both our place and our nation.” But one of them, Caiaphas, who was high priest that year, said to them, “You know nothing at all. Nor do you understand that it is better for you that one man should die for the people, not that the whole nation should perish.”
John 11:45-50

At one stage, Jesus declared these religious hypocrites to be “whitewashed walls” (broken down walls rendered over to hide their true condition).

¶ “Woe to you, scribes and Pharisees, hypocrites! For you are like whitewashed tombs, which outwardly appear beautiful, but within are full of dead people’s bones and all uncleanness.
Matthew 23:27

Little wonder these people didn’t like Jesus! He exposed them and called them to repent. Ultimately, these people whom Jesus condemned would conspire to have Him executed. Despite knowing this (Mark 8:31), Jesus continued fearlessly to declare the truth. Perhaps this is one of the most admirable traits about Christ: He feared no-one. Of those who were closest to Him, His disciples, He continually shocked them with how high His standards were.

You therefore must be perfect, as your heavenly Father is perfect.
Matthew 5:48

We read in the Gospels that Jesus was just like a caring doctor who had the best interests of his patients at heart. Rather than telling them what they wanted to hear, He always told them what they needed to hear, when they could hear it. The same is true today. As you come closer to Christ, the more uncomfortable you will feel. As a patient comes into the surgeon’s rooms to be told their test results, there is great apprehension. The surgeon could lie to them because he fears that they would be distressed by the truth of their actual condition. But a caring surgeon who wants to see his patient healed will always tell his patient the truth. Being confronted by the truth is often uncomfortable. Christ uses His Word, His servants, and even His world to minister His truth to us – and it can be quite uncomfortable to be confronted with our true condition. Those who claim that Jesus never confronts and challenges those He loves to repent and forsake sin are promoting nonsense and a false Jesus. Those who have come to know Jesus and accepted His correction have found that they are beneficiaries. And to their delight, each one has found that Christ not only beckons us to come, He gives us the power to do so.

for it is God who works in you, both to will and to work for his good pleasure.
Philippians 2:13