There was a news report this week about the alarming increase in childhood obesity. It included an interview with a mother who told the reporter how food packaging was to blame. Each time she went shopping with her toddler he would see the culprit food and cry, “I want it!” The mother told how even when she said no, her child would throw a tantrum and scream until she gave in to him. “If the packaging wasn’t so attractive to children”, she reasoned, “they wouldn’t do that!” she told the reporter. After all, good mothers give their children what they want.

Whoever gives thought to the Word will discover good,
and blessed is he who trusts in the LORD.
Proverbs 16:20

“Why do you call me good?” Jesus asked the young man. Good is one of those standards we all use to measure things, experiences, circumstances, and among other things, people. Unlike in the past, today we consider that good is in the eye of the beholder. Of course, if the Ancients held this new notion of goodness, the young man would have had no trouble immediately responding to Jesus with something like, “Good? I just reckon You are. It’s just my opinion.” But he didn’t, because the ancients didn’t view goodness as a matter of personal opinion. They regarded goodness as something independent of themselves and their opinions. 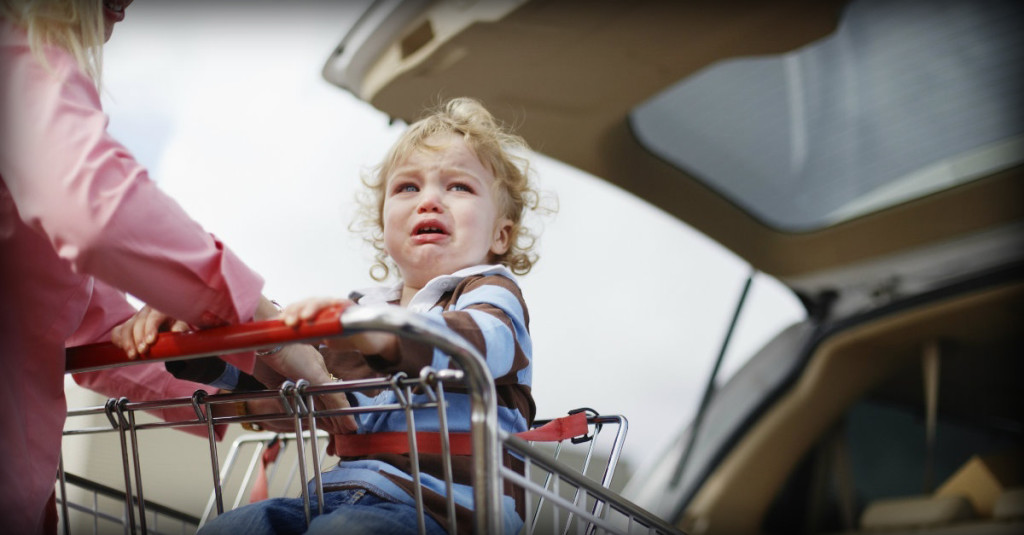 There are many things, such as giving into a screaming toddler in a supermarket, that are considered (at least by all screaming toddlers) as good – yet, experience tells us they are not. There are usually not that many toddlers in a supermarket at any one time, but if all two or three of them decide to throw an I-want-that-lolly-pop tantrum, they make more noise than the dozens of adult shoppers who are also in the store! I reckon if we took a vote of those shoppers at that moment around 72% of them would vote that it would be good for the frazzled mother to give-in immediately to the tantrum-throwing toddler. (This would really be a vote for peace and quiet!) But I also reckon that if you surveyed those same people under different circumstances (while not shopping or listening to screaming toddlers) 72% would vote that it would be good for the mother to stand her ground and not give-in to her tantrumming-toddler.

Life teaches us that there are many things which most of us think are not good for us, but are actually very good for us. This includes things like exercise, constructive criticism, rest, attending church, and practising. But it also includes giving noisy people what they demand – such as giving screaming toddlers the lollie-pops they demand, even though it can lead to tooth decay and even obesity. This is one of the ways we know that some of the things called good are not because the consequences are universally bad. We should all pursue the universal good. It ensures the best welfare for all – which is surely what we want – even though tantrum-throwing toddlers won’t like it one bit!

There are three issues facing our society at the moment which are not good. The consequences of these issues are devastating and literally deadly. These issues are: (i) The sexual abuse of the vulnerable (particularly children and women); (ii) Fatherless children (40% of Australian children now grow up without a father; teen suicides are 5 times higher from fatherless homes; around 75% of prisoners come from fatherless homes; boys raised in fatherless homes are more likely to commit rape; fatherless children fare worse academically and have the worst employment prospects); (iii) Deteriorating rates of mental health (one in five Australians experience mental illness each year; mental illness now accounts for 27% of all work disability in Australia; 14% of Australians suffer from anxiety attacks).

For goodness sake Australia, we should do all we can to address each of these three issues, and simultaneously do all we can to stop doing those things which matters worse. This at least should include-

¶ Praise the LORD! Oh give thanks to the LORD, for He is good,
for His steadfast love endures forever!
Psalm 106:1

Jesus shocked His original audience by declaring that a good life is not attained by obvious and external things, but by that which is invisible and internal, yet soon becomes apparent to all.

For out of the heart come evil thoughts, murder, adultery, sexual immorality, theft, false witness, slander. These are what defile a person. But to eat with unwashed hands does not defile anyone.”
Matthew 15:19

Each of the moral corruptions cited by Jesus are described in the Old Testament Law His audience was familiar with. This is why men like Rev. Sam Allberry, who has battled with same-sex attraction all his life, recognise that Christ taught that a person’s identity is not linked to their sexual attraction. Because of this, Sam acknowledges that Jesus, a man who never sex and never married, taught that sexual immorality would both immediately and eternally “defile” a person. This is why, he states, that he must battle with his same-sex attraction and live a celibate life, all for the sake of honouring his Lord and Saviour (watch). Before Sam, Dr. Henri Nouwen, a Catholic scholar who had come to the same conclusion as Sam, also prayerfully wrestled with his same-sex attraction because he too understood what Christ had taught about the matter. They battled for goodness sake.

GO BACK TO GO FORWARD

I recently listened to Oxford Scholar, Os Guinness, describe how every major advance in culture, the Reformation – the Renaissance – the American Revolution –  involved “going back” in order to progress forward. Curiously today, those who identify themselves as ‘Progressives’ want to abandon the past and ‘move on’. Dr. Guinness showed how every culture that forgot the wisdom of the past was doomed to fail. For goodness sake, we in Australia need to remember that the things that do a society good are not always the things that tantrum-throwing toddlers demand – especially when, in those parts of the world where their demands have been met – those things which blight a society (abuse of children, sexual exploitation and abuse of women, increasing rates of suicide, deteriorating mental health outcomes) become even more widespread.

¶ Thus says the LORD:
“Stand by the roads, and look,
and ask for the ancient paths,
where the good way is; and walk in it,
and find rest for your souls.
But they said, ‘We will not walk in it.’
Jeremiah 6:16