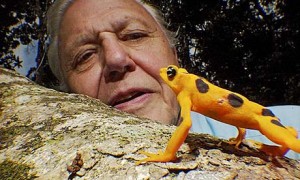 Blame can lead to unforgiveness and the highly emotionally toxic condition of bitterness. An unforgiving bitter, person, doesn’t solve anything or even find any lasting comfort in their blaming. Some of life’s difficulties can not be solved in this life-time, but the one who is afflicted with difficulties can always at least be comforted in this life-time. But not if all anybody does is blame.

Our propensity to blame started with our first parents. When the Creator arrived in the Garden of Eden to walk with Adam and Eve in the cool of the day, Adam and Eve hid. When God confronted with Adam about why he had eaten from the forbidden tree, Adam’s immediate response was to blame Eve. Eve in turn blamed the serpent, and the serpent didn’t have a leg to stand on!

When Job’s so-called comforters turned up to solve, comfort and help, all they did was blame. They blamed Job for his predicament. Surely he had sinned, they argued, or had been foolish or not given God His due honour? In all their blaming, Job was not comforted.

Harsh criticism may, at times, be warranted – but unless it is accompanied by aid nothing will change. A pastor may be criticised for a particular ministerial deficiency, but unless he is aided by the support of the same critic, there is very little likelihood that his deficiencies will be addressed and thus, nothing will change.

When Christ’s disciples saw the man born blind, they asked who was to blame?

¶ As he passed by, he saw a man blind from birth. And his disciples asked him, “Rabbi, who sinned, this man or his parents, that he was born blind?”
John 9:1-2

Jesus answered, “It was not that this man sinned, or his parents, but that the works of God might be displayed in him.”
John 9:3 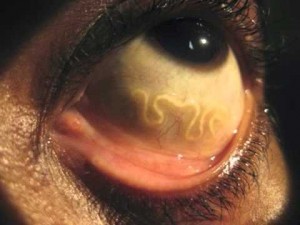 Rather than blaming anyone, Christ solved, comforted, helped, and brought change to the situation. This is the difference that Christ can make in any difficult situation. God may be the One to blame in some people’s minds for what appears to be senseless suffering in this world, but this necessarily requires that He also exists. Thus, David Attenborough’s (and it is an objection repeated by Stephen Fry and Richard Dawkins) objection to God only works if there is a God to blame. I wonder if our ability to see any possible good from tragedy, suffering, misery, pain, has more to do with our very very finite knowledge of how the world works? Similarly, I wonder if God always has morally good reasons for having a world in which tragedy, suffering, misery, pain, happens. Someone has pointed out that in the absence of these adversities such positive virtues as compassion, mercy, forgiveness, long-suffering, patience, toil, could not be developed in those God is preparing in this life for the life-everlasting.

When David Attenborough shakes his fist at God and blames Him for the suffering of the East African boy blighted with the “Loa Loa Eye-Worm”, nothing is solved. The boy is not comforted by this blaming. The boy is not helped by this blaming. (I wonder whether the boy shares Mr Attenborough’s blame God for his affliction or whether he actually looks to God to solve, comfort, help and change his predicament?) By the way, Mr Attenborough is only partly right about this parasitic worm which pervades the swamps and rain forests of West Africa (not East Africa). According to Wikipedia–

Loa loa filariasis is a skin and eye disease caused by the nematode worm Loa loa. Humans contract this disease through the bite of a deer fly or mango fly. 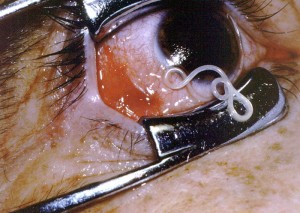 Something that Mr Attenborough fails to mention is that this parasite doesn’t require a human eye for its survival (even though he asserts that it does) and that it can be hosted by a human or animal without detection or even symptoms for many years. He also fails to mention the many medical missionaries who have gone into these regions of Africa to comfort, heal, help, and change this situation on behalf of those who are afflicted with such parasites. The Loa Loa Filariasis Parasite is treatable with medication and in some incidences, surgery. The God whom David Attenborough, Stephen Fry, and Richard Dawkins blame for such injustices appears to be the same God who has raised up people of compassion, self-sacrificial love and dedication, to bring healing, hope and comfort to those afflicted. 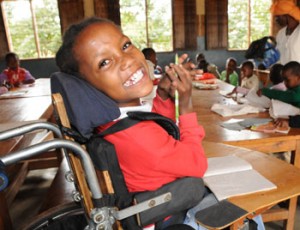 Organisations such as CBM (Christian Blind Mission) are tremendously effective in providing solutions for people in Africa and other parts of the world who are afflicted with curable blindness and other diseases. Of  course, they aren’t the only organisation doing such work, World Vision, Compassion International, are also providing hope, help, and healing in Jesus’ Name to the poorest, most desperate people’s of the world. When Jesus told His disciples that this particular blind man was afflicted so that the works of God could be made manifest (John 9:3), He was stating a principle for dealing with any life-difficulty: rather than wasting your time looking for someone to blame, seek our Heavenly Father’s grace to minister hope, help, healing, solutions, and comfort to those who are afflicted. This means we get involved with the hurting, broken, damaged, lost, and confused individuals of our world and show them the love and holiness of God. And it also means that we care enough for our society to speak up about injustice and unrighteousness that can only lead to even further hurt, brokenness, damage, pain, and confusion. This is one reason why we take a stand for the sanctity of marriage as the only legitimate context for human sexuality.

It’s time to stop blaming and time to start your healing. 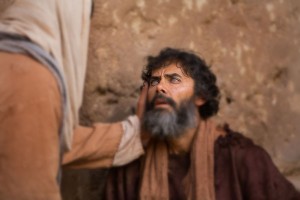 Blaming pours fuel on the fires of unforgiveness that simmer and flare-up in your soul. It’s time to let it go. It’s time to unclench your fist and open your palm toward Heaven. It’s time to change. It’s time to be healed. You may have been blaming God for how unfair your life has been, and secretly withdrawing from Him because you feel you can no longer truly trust Him with your life. Let it go. He is trustworthy. He knows what’s best for you. He loves you more than anybody else can or does. He offers you hope, help, healing, comfort, and solutions and it begins with you acknowledging your need for Him.

“We must work the works of him who sent me while it is day; night is coming, when no one can work. As long as I am in the world, I am the light of the world.” Having said these things, he spit on the ground and made mud with the saliva. Then he anointed the man’s eyes with the mud and said to him, “Go, wash in the pool of Siloam” (which means Sent). So he went and washed and came back seeing.
John 9:4-7