Jesus And That Woman 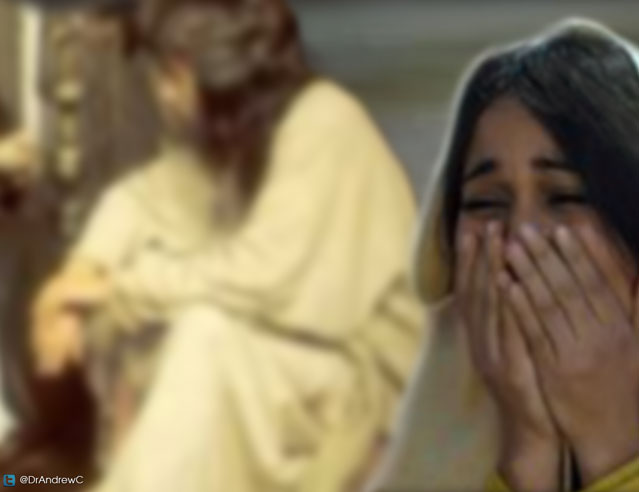 JESUS AND THAT WOMAN!

Just after Jesus had offended the religious elite in Jerusalem, He secretly went to the Gentile region of Tyre and Sidon. While in the region we today call Lebanon, Jesus had one of the most unusual and offensive conversations of His ministry. Anyone listening in on the initial part of Christ’s conversation with this heathen Gentile may well have been stunned at His offensive language! 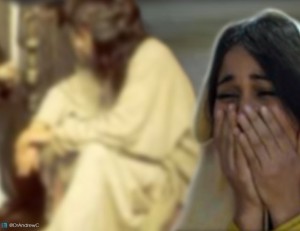 Imagine you were facing a dire situation and you were desperately wanting to meet with God. Imagine you go to those who He has appointed to represent Him and they do all they can to prevent you from meeting Him. Then imagine that even though God turned up in your neighbourhood, He refused to meet with you. To make matters worse, imagine you are the woman who has had to climb through a window and then God in the flesh won’t even look at you! Just when you think it can’t get any worse, Immanuel tells you to get lost and calls you a “dog”!

But, as hard as this is to imagine, this ‘heathen’ woman did persist in her attempts to get Christ’s attention and gain from Him her petition, despite these unimaginable obstacles to meeting with Him.

And from there he arose and went away to the region of Tyre and Sidon. And he entered a house and did not want anyone to know, yet He could not be hidden. But immediately a woman whose little daughter had an unclean spirit heard of him and came and fell down at his feet. Now the woman was a Gentile, a Syrophoenician by birth. And she begged him to cast the demon out of her daughter. And he said to her, “Let the children be fed first, for it is not right to take the children’s bread and throw it to the dogs.” But she answered him, “Yes, Lord; yet even the dogs under the table eat the children’s crumbs.” And he said to her, “For this statement you may go your way; the demon has left your daughter.” And she went home and found the child lying in bed and the demon gone.
Mark 7:24-30 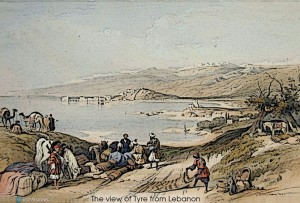 Can we imagine the desperation that this Syrophoenician woman was feeling? Perhaps she was a single mother? Perhaps she was scorned by her community because he daughter was, well, “odd”? Somehow she found out that Jesus was in her neighbourhood. Despite the attempts to keep it a secret, this desperate woman found out where to meet with Jesus. I wonder if this is like many people’s experience today? We live in a very desperate world with more broken, hurting, damaged people than we realise. Like this woman, many of these people are hurting for those they love. They have often looked for help and found none. Some have heard that Jesus can help. They have heard the stories of others who have met with Jesus and found healing, help, and hope. No doubt this Syrophoenician woman had heard the stories of how Jesus had cast out demons from the children of other desperate parents.

And when they came to the crowd, a man came up to him and, kneeling before him, said, “Lord, have mercy on my son, for he is an epileptic and he suffers terribly. For often he falls into the fire, and often into the water. And I brought him to your disciples, and they could not heal him.” And Jesus answered, “O faithless and twisted generation, how long am I to be with you? How long am I to bear with you? Bring him here to me.” And Jesus rebuked the demon, and it came out of him, and the boy was healed instantly.
Matthew 17:14-18

Yet this Gentile woman had overcome some great offences in order to have her needs met. It seems that Jesus tests people’s desperation and sincerity to meet with Him by seeing how they deal with offences.

“And blessed is the one who is not offended by me.”
Matthew 11:6

¶ When Jesus knew in Himself that His disciples complained about this, He said to them, “Does this offend you?”
John 6:61

To get closer to Jesus requires pressing on despite offences. Too many churches miss God’s best for them because someone responds poorly to an offence. In this moment, Jesus was in a Gentile territory where this woman lived. Ironically, many churches are located in the midst of a neighbourhood, community, or city where there is tremendous pain, yet, just like this moment, they keep Jesus away from these desperately hurting people. Just like this moment, too many churches seem to keep Jesus to themselves – as if they too want to keep Him a secret. But the problem for any church that wants to truly love, follow and serve Christ and yet wants to keep Jesus away from those who need Him most is that Jesus just cannot be hidden! He will always attract those who are humble enough to know they need Him. 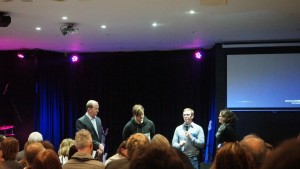 Last Sunday we farewelled Rhys and Jodi to the Mission Field of North-West Western Australia. They reminded us that six years ago their lives were falling apart. Alcoholism, relationship tensions, and other problems were taking a heavy toll on them both. Rhys shared just how dark his world has become. He cried out to God for help and said that he received an overwhelming urge compelling him to go to church. Without an invitation or even a connection of any kind, they turned up one Sunday morning in church. Jodi said it was the hardest thing she had ever done. On that first Sunday in church, Jodi said, “I thought I was going to die! I couldn’t get out fast enough! But for some reason we stayed.” Jodi had some offences to overcome, just like this Syrophoenician woman. Rhys and Jodi kept coming to church and as they did Christ touched them, and healed them.

As a church, we don’t want to be like Christ’s Tyre hosts who tried to keep Him to themselves. We don’t people to have to endure the obstacles that this woman had to overcome simply to meet with Christ. I hope our door-greeters know just how important they are to removing some of the first obstacles that a seeker encounters. This poor Syrophoenician woman would have initially encountered Christ’s disciples who had some very ingrained attitudes about women let alone Gentile (“Heathen”) women at that! How are we going to respond to a Muslim man walking through the doors of our church on a Sunday with his four wives in tow? How are we going to respond to the two men who walk through our doors for the first time holding hands?

It seems to me that when Christ spoke roughly with this Gentile woman, in front of His disciples, He was parroting the standard way women – Gentile women in particular – were spoken to by Jewish men. But this exchange led to Christ yet again showing His disciples how he not only felt about women, but how He also felt about people – irregardless of their nationality. Can we as a church reveal Christ’s heart to our community? He still loves women. He still loves people who feel despised. He still loves and heals hurting people. And He still calls His disciples today, the church, to not only let all people come to Him, but to go out and show them His love and grace and invite them in.