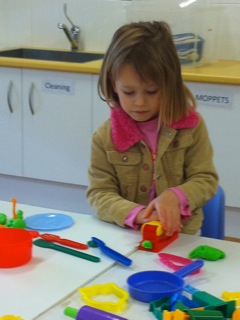 Last night I lay on Ruby’s bed with her in those precious moments when the day’s activities were done, the phone was no longer ringing, no-one was waiting to see me, and Ruby would soon be asleep. When my nearly-ten-year-old was much younger, Kim or I would read her a Bible story from an illustrated Children’s Bible storybook. As she learned to read, we upgraded her to a Children’s Bible (which has fewer pictures and more words than her Bible Storybook). She has faithfully read from this particular Bible nearly every night for the past few years. She started at Genesis 1:1. She witnessed creation. She has plowed her way through the Levitical ceremonies, sacrifices, and ordinances. She has marched with Israel into their Promised Land and joined them as they did their seven-day march around the impenetrable walls of Jericho (Jericho means, City of Palm Trees). She waved her palm branch along with the Hebrews as they symbolically waved theirs to the bewildered inhabitants of the never-before-conquered city. She was in the assembly as Solomon dedicated the Temple which had palm branches embossed on its doors (1Kings 6:32) when supernatural fire came down from heaven and consumed the offering on the altar and filled the Temple with the glory-cloud of God (2Chron. 7:1).

¶ As soon as Solomon finished his prayer, fire came down from heaven and consumed the burnt offering and the sacrifices, and the glory of the LORD filled the temple.
Second Chronicles 7:1

She was among the throng who welcomed the colt-mounted Hosanna-worthy Saviour as He entered Jerusalem along a carpet of palm branches. And last night, we both stood among the Bible’s biggest throng as they laughed together, sang, rejoiced and exhuberated in worship of the Lamb, all the while holding palm branches in their hands. 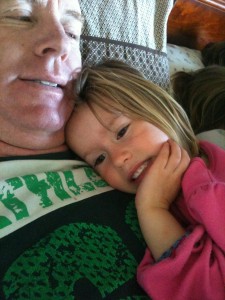 Because Ruby is now nearly all the way through the Bible, I thought I would join her in her nightly devotions as she stood among this greatest throng. Together we read Revelation 7. After all the drama and pathos of the Bible’s unfolding story, this chapter of Revelation paints a picture of the triumphant and glorious ascendency of the Christ. It is one of the grandest and most inspiring pictures of God and His people in all the Scriptures. It gives us a glimpse of the Penultimate Grand Finale. Vast numbers of precious people of all skin colours, ethnicities, languages, and geographies – so vast that they cannot be numbered – are gathered in adoration of the Lamb of God. All of them are standing before God giving Him their full attention, while He himself looks into the eyes of each one of them! This is the Church’s destiny. In the meantime, each Sunday when we gather, we remind ourselves of this, our, glorious destiny, as we do for a very short time what we will do for eternity: worship God and The Lamb who was, is, and is to come.

¶ “Therefore they are before the throne of God, and serve him day and night in his temple; and he who sits on the throne will shelter them with his presence. They shall hunger no more, neither thirst anymore; the sun shall not strike them, nor any scorching heat. For the Lamb in the midst of the throne will be their shepherd, and he will guide them to springs of living water, and God will wipe away every tear from their eyes.”
Revelation 7:15-17 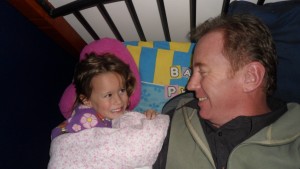 What Ruby has been doing in her devotional reading of the Bible is in essence what this great throng of Revelation 7 is doing: worshiping. This throng around the Throne of God are seen in thunderous, harmonious, melodious worship. When a local church gathers each week to worship, they are declaring to one another and witnessing to the world, that the day is coming when every knee will bow, and every tongue will confess that Jesus Christ, the Lamb of God, is Lord! Like the Lord’s Supper, congregational worship is a shadow of some greater reality which it anticipates. Attending Sunday worship is similarly an individual act of worship which declares the worshiper’s desire to one day be a part of that great Revelation 7 throng. This is why Hebrews 10:25 tells the believer not to forsake the weekly assembly of fellow believers as they gather to worship.

This throng’s song declares that salvation comes from the God who sits on The Throne and from the Lamb who was slain but has now conquered death and established beyond all doubt that He is Lord and worthy of worship – both for eternity and every Sunday in the midst of the vastly smaller local congregations gathered around the world that by doing so looks forward to this joining this Throng in their song on that last day. This Sunday, let’s join in the throng’s song now. This was the lesson that Ruby and I took from our reading of Revelation 7.